Leela remembered the junior college time as she lay awake that night. Leela liked him from far and he knew it but he really was too busy

Leela gazed lost, at the screensaver with triangles of different colours appearing on the laptop screen and blowing themselves up and reappearing in the middle of the scattered colour, to blow up again. Having finished designing three websites, content, she sighed. As she stared on, the melancholy of her breakup with Aarav rushed back in waves and all those days of being together seemed to disintegrate into something like the screensaver.

As she was just about to get up, lost in her own thoughts, the green chat notification startled her.

Prashant: Hi Leela 😊 Have you finished designing my website? When can I see the final product?

Leela: Yup!  Finished most of the main parts. Just wanted to add some testimonials before sending it to you. It should be done by tomorrow!

Leela: Will send you the link tomorrow to check.

Prashant: Thanks! That would be very kind of you…

…………………………….
Leela and Prashant were school friends. Prashant was now an owner of a Cardiology centre. He had become a doctor and Leela had made a career in website designing and animation.

Next day after work, Leela emailed the link of the website to Prashant and left the office. She came down to the parking. As she was driving out of the car park, the notification beeped.

Ping ping, it was Prashant.

P: The website has come out really well Leela. Thanks a bunch! I realized how important it is to stay in touch with school buddies. I will transfer the professional charges.💲💲

L: Sure, buddy! I thoroughly enjoyed working on the website.

P: Actually, I handpicked you for the job… I could have given it to anyone in Mumbai… considering that the person at the other end works for me.

P: Going home 🏡?? Would have been nice to catch up for a drink or a cup of coffee but I believe you are in Pune?

L: Right…Mom will be waiting.

At lunchtime, Leela got up to pick up her lunch from the counter

L: Hey, I finished the work yesterday… This could well be classified as stalking? Do you realize?

P: You liked me back then…

P: I was too busy with many things at that time…

L: So you got married… You have two daughters, isn’t it… It must feel nice… 👯

P: It does feel nice. They are my eye candies.

P: Really, just pinged to catch up. It’s not to flirt or stalk… I don’t know why L.. I always feel something was left halfway with you when we left college… it was too quick…

L: Lunchtime is over P… TTYL

Leela remembered the junior college time as she lay awake that night. She could afford to sleep late that night. It was Saturday and she could wake up late tomorrow. The days flashed by in her memory, the college annual day, the sari day, the teacher’s day, the canteen and the gossip. She was never an above average student and Prashant was. He was constantly busy with classes and studies. He always wanted to be a Doctor. Leela liked him from far and he knew it but he really was too busy. He mostly gave all the extracurricular things a miss but never missed playing chess and won many games even in 12th standard!

Years passed by and today arrived… With what they were now. Thinking about all this, Leela dozed off to sleep.

The next morning, Leela made herself some scrambled eggs and put the coffee machine on. She settled at the dining table, gazing out of the window of her flat. Right outside her house, there was a green area full of tall silver oak trees, Ashoka trees, and also Peepal trees on which had climbed the bougainvillaea bushes, as if inseparable. Her flat was an old construction and the same patch served as a parking lot and children’s play area. The kids shouted amidst their play and the morning sun rays peeped through the kitchen window.

Just then the phone beside her beeped.

She was surprised that it was Prashant sending her some WhatsApp joke.

P: Does Ted ever listen?

L: Haha… So, not having family time on Sunday?

P: My wife and girls have gone shopping…

P: It’s not gender bias L, but I do feel I wanted a son too…

L: So what’s stopping you?

P: Ohh the son that I had would have hair like me and the smile like Neelu, a science wizard and very naughty, who could break the house with his experiments and make everything go topsy turvy…

And Prashant went on and on and on…

After that Sunday, Leela did not answer any of his messages. He went on sending her links and jokes and videos and audios and yet she would reply to nothing.

Prashant stopped sending her any messages after some days and decided that he had somehow offended her irreversibly. Days passed and they became months.

And after months Prashant sat in the Doctor’s room sipping his coffee and flipping through his emails and messages and to his surprise was a mail from Leela. She had sent some animated video. As he started watching it, he found it was about a little science whizkid of about 8 with brown hair and a cute mischievous smile.

He watched the video and the note below

I just got all the animation and copyrights for him. That’s your son. Do you like him? You said something remained halfway between me and you during junior college. I think I completed it. 🤡🤡

After 50 more years, Prashant and Leela are no more but VIKRANT – THE WIZKID lives on… He is Prashant’s virtual and immortal baby boy. 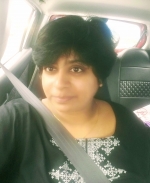 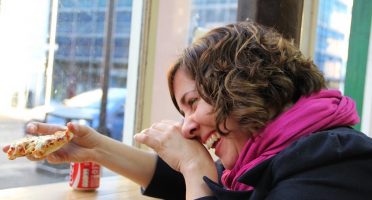 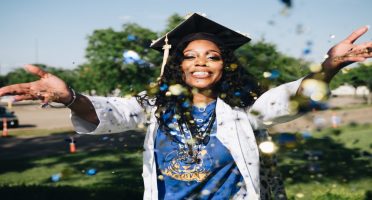 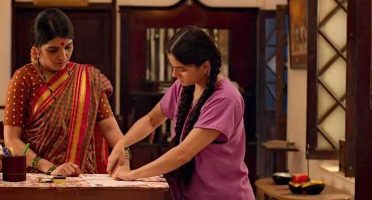 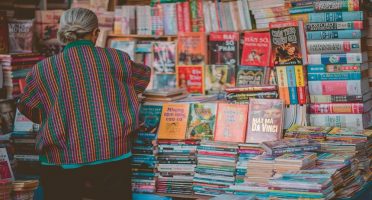 Do We Care Enough For Our Elderly To Ensure They're A Part Of Our Daily Life, And Vice-Versa?