Why Women Leaders Cannot Afford To Lose Their Gravitas

Due to their sheer rarity, women leaders will also be looked up to - and they will face greater responsibility to stay true to a higher moral compass.

Due to their sheer rarity, women leaders will also be looked up to – and they will face greater responsibility to stay true to a higher moral compass.

A simple Internet search on women leaders in India throws up the name of Chanda Kocchar on the top, followed by others. Being on the top of list of a country where the women workforce especially on the corporate side of the business comprises a meagre 30.55%, is not only a matter of pride for the rest of the country but, also motivating for all the women like us held back by impediments, such as prejudices, societal norms, structural problems in labour markets, employment policies et al, to increase the pie.

However, amidst this utter chaos of gender inequality which places India’s rank as low as 108 out of 144 countries on the gender equality scale, and 120th among 131 nations in women workforce (World Bank report), we certainly cannot afford to let this handful of women leaders shrug off their responsibility of being “responsible” and “exemplary” for all of us.

If with liberty comes responsibility, it is also a universal fact that with fame comes no shame, and it’s high time for us, the women workforce to realize that the reservoir of women leadership in the country which we still brag of being lying untapped, would continue to be like that unless pondered upon by no one else but us. For the reason that in rarity, one gets a certain sanctity, we as women leaders, must never forget the gravity with which we have been entrusted with the dynamism of being “leaders” in this perennially patriarchal society.

The recent shameful incident of PayTM, wherein another woman leader is being allegedly name-called by the entire internet fraternity and otherwise, as chorni (a thief), must now realize that had it been a guy, starting as a secretary to the CEO, rising to the top of the ladder in a short time span of 8 years, and committing this sordid crime of extortion, he could have easily escaped from everyone’s eyes just like Nirav Modi and the likes.

But, because we are so few and also for the reason that a mob (read males) has no face, we stand out. Why not use this positively and stand out as outstanding and not disgusting? Why not show the world that we mean it when we say it loudly on our social media profiles, that hard work is glory, and everything else theory?

Way back in 2009, when Ms Chanda Kochhar took over the charge of the CEO and Managing Director of the ICICI bank, her letter in 2009 annual report of the bank read, “We have placed a strong emphasis on a framework of ethics and good governance that balances the interests of different stakeholders. We have sought to be adaptable and flexible, anticipating and responding to the changing needs of the economy, the dynamic business environment and the expectations of our stakeholders. These values and beliefs will continue to be the foundation of our strategy.”

She, too, however, failed to maintain the seriousness of her own words. The words which made her “the” Chanda Kochhar, also failed her as an alleged scamster. It is disheartening to note that when the world looks up to one of us as someone extraordinary, someone who has been ornamented with valour and applause like no one, the one who a father sees as an example for his daughter, it has to be only us to not let anyone down. For a leader’s words may start with “We” but her ethics does not start and end with “I”.

Axis Bank Chief Ms Shikha Sharma whose stint was cut down to December this year over the alleged divergences on bad loans is another instance of the sort where CEO messed it up badly and mind it, these are not mere CEOs but Women CEOs. With the added word, comes added authority and also added accountability.

In fact, the appointment of the first SBI Women Chief, Ms Arundhati Bhattacharya, who retired recently from SBI, as the Independent Director on the board of Reliance Industries Ltd. has raised many eyebrows, and speculations of some nasty hand-in-glove association are doing full rounds in the market. Coming from a humble background, Arundhati was always presented in front of us as a story of nobody to somebody. I just hope she doesn’t belittle the name she had once earned in the field of banking and otherwise.

Amidst these unfortunate happenings, when we have become conscious for our rights and are fighting to uphold the same, we have some self-acclaimed political leaders like Ms Smriti Irani amongst us who continue to go to the middle ages and cite examples of respecting the age-old orthodox patriarchal customs, in the name of faith and religion. Her backtracking on the Sabarimala judgement by the Hon’ble Supreme Court has again put all the women to ignominy, who she has called out as someone, not “pious” enough to go the temple with a “menstrual blood steeped pad”. More importantly, when criticized for her words, she took it to the context of another women activist Rehana Fatima, who was “alleged,” to have carried the same as an “offering” to the God. Interestingly, the same has now been proved wrong in the court of police who inspected Rehana’s bag and found nothing like that.

If we as women, would disgrace our own entity and existence, how could we expect the country to admit us in all spheres of life, socio-economic-political milieu equally and unequivocally? The gender-based segregation would continue to be incessant in limiting women’s empowerment in India and the curious case of vanishing women from India’s workforce wouldn’t be something appalling to anyone, anymore.

Lastly, let us be the change we want to see in the world. 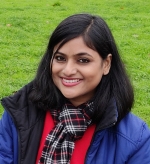 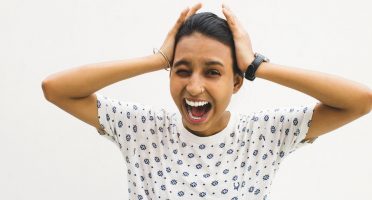 The Curious Case of Working Mothers, And How Covid-19 Could Derail Their Future