Paragliding At Bir Billing Was A Fab Adventure For Me! Here’s All You Need To Know

Travel blogger Shruti Arora went paragliding in Bir Billing recently, a place which has become famous as the place to go for this adventure sport after it hosted the 1st Paragliding World Cup in 2015.

Travel blogger Shruti Arora went paragliding in Bir Billing recently, a place which has become famous as the place to go for this adventure sport after it hosted the 1st Paragliding World Cup in 2015.

”She was the only thing that stood between her and the woman she wanted to be. She decided it was time to put on her wings and fly” – Queenisms

Over the past few years India has emerged as a popular paragliding site and tremendous opportunities exist for people who want to fulfill their dream of flying. Amongst them, Bir Billing is a hot spot and said to be the best. It became famous after hosting the first World Cup of Paragliding in 2015.

Billing is the site from where you fly, it is located 15 km uphill from landing site Bir.

How to reach Bir

Flight – The nearest airport is Kangra which is approximately 68 km from Bir. You can take a taxi further.

Train – The nearest station is Pathankot which is approximately 100 km from Bir. You can either take a toy train from there till Ahju or take a taxi.

Bus – It is one of the convenient and economical options and also how I reached Bir.

You can take a bus from Delhi which takes around 12 hours overnight and drops you at Baijnath. From there you can either take a local bus or a taxi which takes only 20 minutes.

It is open throughout the year and can be visited as per your convenience, but March-May and Oct-Nov are considered best due to favourable thermal currents.

I did my paragliding in the month of November.

Tandem – It is operated and guided by a pilot.

Solo – It is for professionals who can fly without a pilot.

Paragliding courses – if you are an enthusiast and would like to learn the sport, you can enroll yourself in the professional courses. There are basic and advance level courses that are running for approximately a week each and cost around 20k and 25k respectively.

Everyone can go for it! The only limitation is weight. There is no minimum or maximum age, though children under 18 years old will need their parents’ consent. Any person from 20kg – 120kg can fly.

Tandem paragliding is considered safe but as a rule all passengers are required to sign a disclaimer before they undertake this activity.

They take care of all safety and security standards however, there are few things you can do for yourself.

The normal cost of tandem flying is around 2000 -2500 INR. Most of the operators however, club paragliding with camping and trekking, depending on which the cost may vary upto 5k.

I would definitely like to do it again. I had an amazing time. 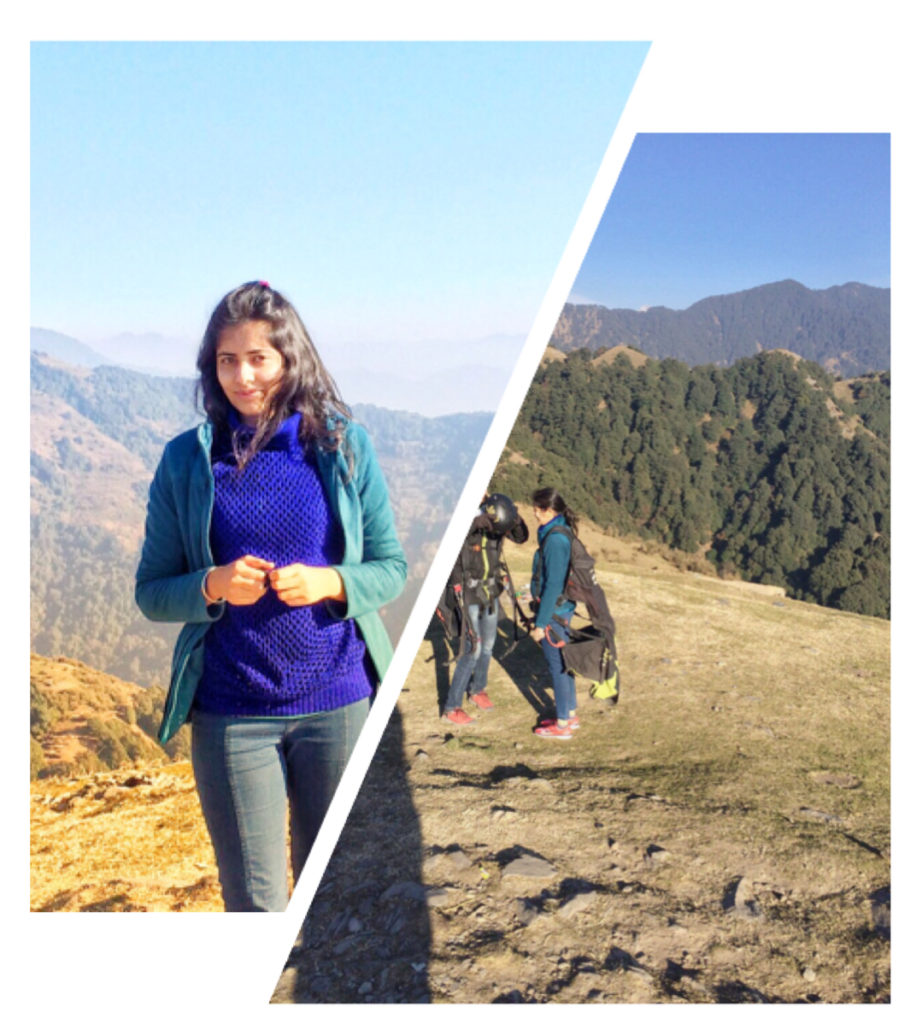 I reached Bir quite early in the morning. Relaxed for few hours, freshened up and embarked upon the journey to Billing. You can feel the excitement building up inside you as you move uphill the take off site. And few minutes you can start seeing the colourful paraglides in the sky.

You are then harnessed, given instructions and it’s time to take that leap. Your heart is pounding so hard that you can almost hear it. I took the jump but could not take off as it was not powerful enough. Haha!! I did it again with even more force this time and off I went and I was flying in the sky.

I was feeling so light. I could see mountains, pine trees and small houses beneath me.

Those 30 minutes were some of the best of my life. Towards the end my pilot did some stunts; they do so when the current is favourable, and I could feel the instant adrenaline rush. As I was not prepared for it, as soon as I landed a puked a little, but it was all worth it.

If you want that extra kick, you can ask your pilot about it.

So are you planning on this in the new year? 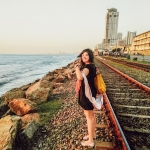 Hi! I am Shruti. I am an Indian born. Left my corporate job in Human Resource not long ago & moved to Kenya last year to marry the love of my life. Since then I have read more...