My First Crush: Wish Your Life Wasn’t A Waste

A heartfelt remembrance of one's first crush as the author takes you down memory lane.

A heartfelt remembrance of one’s first crush as the author takes you down memory lane.

Does love choose its recipient?

I knew Adu had a mean streak. I also knew Adu to be gentle and kind when his heart was taken- and it could be taken so easily, and by anything at all; a stray cat, a doleful pair of flirtatious eyes, a child, an infant, anything that struck a chord. We, our group, were constantly astounded by Adu’s mercurial nature. His meanness was as nasty as his touch was soft, and healing. We loved Adu, and we missed him when his family moved away. This was so long ago, but the memory of his departure still makes me wince. I’m married now, and I’m pregnant too, yet my mind wanders to the past.

There’s to be a school reunion, and I don’t expect all of us to make it to Mussorie. My heart hopes and hopes that Adu will, although he’s the unlikeliest of all to. These are exciting times, although my baby is just 2, I’m going to travel. Viren, my partner is such a wonderfully supporting person.There have been 5 confirmations, and we have 3 pending. Adu has still not connected. Only Miriam knows his number, and his whereabouts. I dare not ask. I wish there was some way of making a group of numbers, and broadcasting it among us.

Oh what a meeting that was! I’m remembering it today, as our daughter, Bea, talks animatedly about her group of friends, and wonders out loud if they’ll “always remain in touch” because Amit, her buddy, is slated to leave the school. Her heart is breaking. I feel for her. When Adu had left, somewhere, many hearts broke. He would pull our hair, pinch our cheeks, and call us ugly, but we loved him. I hope Amit leaves that kind of mark upon Bea’s heart.

So, the reunion had been one of a kind- Adu made it. He was allowed 4 days off. One wondered what it was he did, to be needed so badly at ‘work’. So we congregated in one of our rooms, and the ambience in our hotel room thawed, as the chilling story came out in bits and pieces.

After leaving Pune, Adu’s family moved to Delhi. Unknown to him, the family business was smuggling. Eventually he got pulled in too. Soon thereafter his father was caught and jailed. Adu’s mother,  a smart lady, moved to Dubai with him. But a family never lets go does it? His mom passed, and he returned home. Adu was instantly inducted into the ‘business’ by his father’s brothers. And of course, he took to it- he being the good-looking and exceedingly bright boy, became the negotiator and chief coordinator. Adu dada was what he was called by the entire lot of them, as he instilled fear, and discipline. This was the kind of work, he stated, he absolutely loved- being in command and all that. Perhaps it was, but to what end?

As these things go, before long, the arm of the law caught up with him, and when we met that year, he had been living in a high security prison since 1987. I trembled as I listened. It was all unreal, filmy, over-dramatic, and just not in keeping with my expectations. Oh these expectations, how they break our hearts!

Recently, Viren and I attended his funeral. Adu was shot trying to escape. What an end, and tragically, what a waste of a precious person! It’s bizarre how we all reunited only to say goodbye this time. I don’t think there’ll be another reunion, ever.

Adu, you were my first crush, and an unforgettable one. And you were perhaps more than a crush- I saw your potential when others around didn’t. I loved you, I did.

I am a writer, a French teacher and a musician. I am a mother of two, a transgender girl, Chaith-Aanya, and a daughter, Ambika, who is a research specialist. My husband, Raja, is a read more... 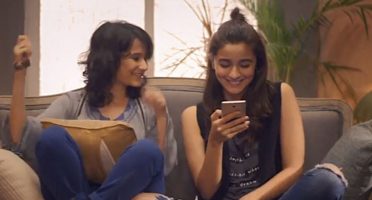 Home Is Not Just A Place; It Is An Indescribable Sentiment