How Feminism Can Boost Entrepreneurship

If coming across the third term for the first time, let me elaborate on it a little. Authors Barbara Orser and Catherine Elliott wrote the book Feminine Capital which explores the set of women who are creating business solutions specifically to address the needs of women and making their lives better. These could be related to health, education, vanity, support, activism or more.

The debate which might flare up at this moment is with those who do not see gender having an effect on the nature of a business. So let’s address this first as there is a valid and respectful place for both schools of thoughts.

A set of people believe that gender influences hugely what business they are doing, why they are doing it and who their customer is. Being a woman is an asset to them and significantly impacts their entrepreneurial identity.

Vicki Saunders, Founder of SheEO, angel investor and mentor is running a movement called Radical Generosity. Women are more collaborative in nature and see the world differently. So here is she is creating an opportunity where Activators contribute a fixed amount to a perpetual fund which is given as loan to female entrepreneurs.

This is because Vicki believes, “You never change things by fighting the existing reality. To change something you need a new model that makes the existing model obsolete”.

Whereas for others, the conversation of gender in the scope of business is something they avoid having. They make a conscious decision that being a woman in no way affects their work, how others perceive their work, commercial success and business relations.

Like Pooja Gupta of Whiskers Marketing who says at a TIE event I attended, “One needs be to laser-focused on their goals and what they are trying to achieve with their startup. Thereafter its immaterial whether you are a woman or a man.”

Do we feel a dichotomy when women entrepreneurship has been emerging as a separate category while the feminist values have always been striving for equality? Do we need some clarity here? Of course, we do!

• The Driver: It’s because of the vociferous feminist movements started in 1909 which are celebrated as International Women’s Day where women raised the voice about having equal work opportunities, equal pay, reclaim what should have also been theirs as females are half of the world’s population. Feminist initiatives in the social and legal space are not a fight against men, but it’s against the patriarchal mindset. And that’s why there are so many men who believe in this equality and are joining voices and actions.

• The Enabler: The rise of women entrepreneurship has rather been quite recent when we are seeing women-led startups and innovations are scaling up and getting funded. We could count on fingertips the homegrown success sagas of female founders like Shahnaz Hussain, Vandana Luthra or Kiran Mazumdar Shaw. It’s owing to role models like these and empowering feminist conversations that now we have a growing number of women entrepreneurs building mammoth businesses

• The Incubator: An ecosystem which nurtures equality and accelerates business solutions that result in a better world is the way forward.

If a part of these results is achieved by bringing feminist values to businesses, then we surely need to keep up this momentum so that eventually we are talking only about people and not genders. Do we need feminism in entrepreneurship? I feel, we do. 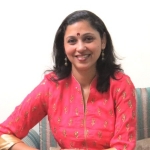 Roshni Baronia is a Business Growth Catalyst who works with women entrepreneurs to make their sales process more effective and grow the bottom line. As a startup enthusiast, she believes in the rising power of read more...