"For the sake of my child", a mother tells herself. What would you say? Read this short story and share your thoughts.

“For the sake of my child”, a mother tells herself. What would you say? Read this short story and share your thoughts.

Ayan walked in grumpily as he does every morning and in the middle of a yawn barked orders for his daily tea.

“Could you get me a cup of tea?” Not quite a request, thought the 6 year old Veera having his milk and cookies.

“Sure dear” Ananya mumbled, she had already started brewing the moment she saw Ayan’s online status on Whatapp.

“Where is the bloody news paper, why do I have to ask you the same set of questions every single morning. You know bloody well that I am a creature of habit, I need my things in order”. The accusation of being a bad wife was not new to Ananya.

Daddy is more than his grumpier self this morning observed Veera, trying to become as inconspicuous as possible. He had missed his school and didn’t want to stand in the line of fire so early in the morning.

“And what is this good for nothing doing home?” the look of disdain on Ayan’s face made Veera further sink into his chair.

“Missed the school bus again? You are making him lazy just like you. Why did you put him to school if you are not serious about his education or is he a burden to you?” This fit of agitation lead to the banging of the table top which rested on a rickety support, causing a miniature earthquake of sorts leading to the toppling of Veera’s glass of milk off the top and crashing to the floor.

“Look what you did. Poor fellow he’s been running high fever since yesterday morning and finding it difficult to keep food down, this was his first attempt at eating anything since yesterday and all you can do for him is to yell at me and try to intimidate me you tyrannical demon.” Ananya was barely audible as she tried to talk through clenched teeth, fighting the urge to lunge at this insensitive man who dared to call himself a father to her poor child. Anxiety writ large on her face as she tried to placate her trembling son. Hugging him close to herself ensuring that escaped unhurt from this verbal assault which wasn’t new to her.

“How would I know he’s sick, unless you choose to inform me? “ Came another half accusing reply

“Yes, how would you know. You inform me via a Whatsapp msg that a deadline is keeping you busy and you won’t be joining us for dinner. And then you come home late, very late infact smelling of a mixture of vodka and women’s perfume. How would you know?” charged Ananya with a look of contempt admixed with shame.

Veera deeply hurt and scared with the way things were going around him, tried to hold down his sobs and finally giving in started to whimper.

Ananya took Veera to his room and tried to placate him, cooing against his head and mumbling soothing words into his hair. “I’ll keep you safe my child, you are the only reason why I live and suffer with this demon. I’ll fight as long as I can and as hard as I can, but I’ll keep you safe” Ananya promised herself yet again. 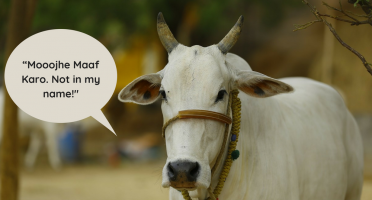 Holy Cow! Guys You’ve Messed It All Up 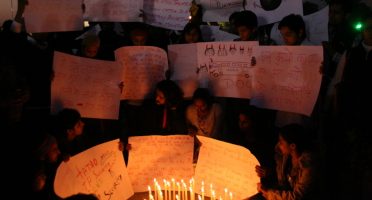 Nirbhaya? No, I’m Scared, So Long As We Let The Monsters Lurk Among Us 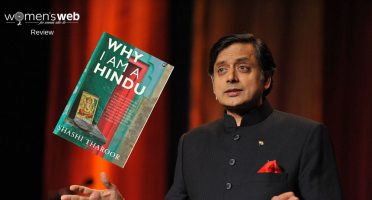