Your child is not irritating you by asking questions but s/he is a scientist in the making!

I recollect one of the most intriguing memories of my life when my four-year-old son would always ask me almost infinite questions to the limit that I used to get tired of answering. So one evening we were in a shop busy looking at certain items and my son, as usual, was full of questions and I was trying to reply.

One event set things right. The shopkeeper suggested to my son, why don’t you think over this and find the reason. This was my ‘Eureka moment’! Initially as a respite from a volley of questions and later I realized that he will use his brain in finding the reason rather than a no-brainer spoon-fed information.

Now, what is essentially science? In a simple language, I would say it an observation made which is legitimized by logic and reason. So what is it that we can do imbibe the scientific nature of our kids?

The ability to arrive at a conclusion is like research to them and it makes them very happy. The next step is to use the logic and create something. For your child, it is a new research and this creativity will boost your child!

So buck-up mom! Your child is not irritating you by asking questions but s/he is a scientist in the making!

This is a leaf taken out from another question asked to me.

Why is the river flowing from that point to this point?

The simple answer would be: Water flows from high point to low point. It is flowing from Mountains to the Ocean.

What can one do: Let the child play with water on a slope. You may ask several questions such that he arrives at the same info which you want him to have. Now he will be able to correlate in a simple play way method.

Then these days you have 3D google maps. If I had an opportunity I would have asked him to trace the Ganges also note down the elevations at various points to get him to the point( Depending on age).

Such small steps at young formative age go a long way in shaping the mind of your child. If your child does not get 95% by mugging up the answers, do not worry. He will be able to create and analyze which makes him special and will take him a long way! 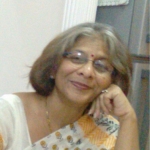 When My Son Began His Online Classes, I Learnt A Few Things About Him And School Too!

I Chose The Route Of Homeschooling In India For My Child, And I Do Not Regret It!

4 Ways To Teach Your Kids To Say The Golden Word ‘No’ To Junk Food!

The Most Interesting, Endearing, Yet Challenging Phases Of Childhood