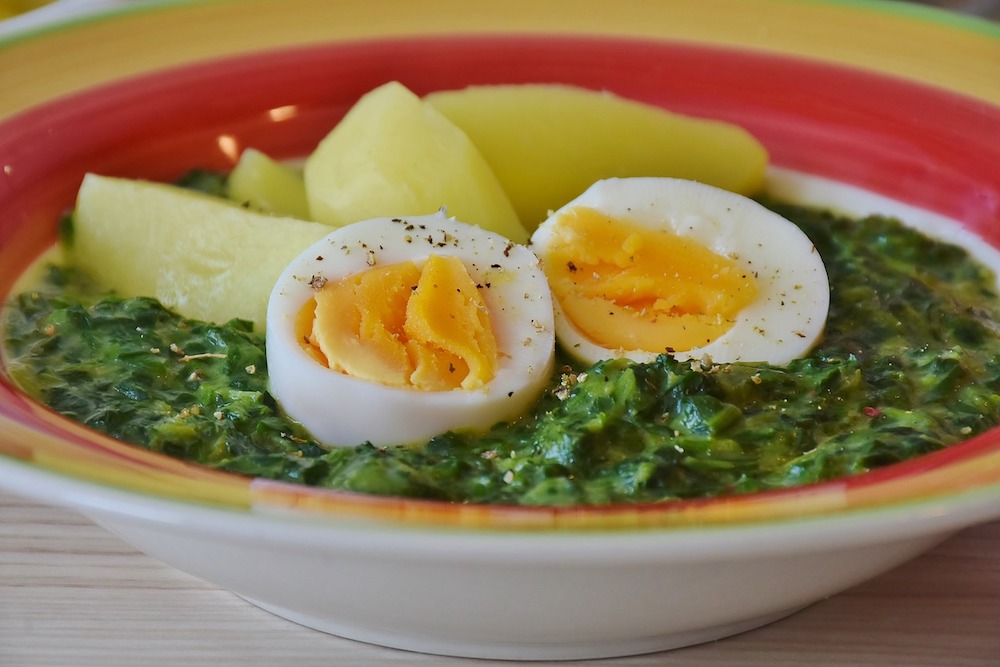 Hate Spinach? You Won’t Once You Have Tried These Yummy Spinach Recipes

Spinach does a world of good for your health. But do you know that it can be very versatile and yummy? Check these spinach recipes.

Did you know that every year on 26th March, the world celebrates Spinach Day? A day dedicated to this super vegetable. The origin of the day is unknown, but nutritionists agree that spinach is indeed very nutritious and healthy.

Raw spinach is 91% water, 4% carbohydrates, 3% protein, and contains negligible fat. In a 100 g (3.5 oz) serving providing only 23 calories, spinach has a high nutritional value, especially when fresh, frozen, steamed, or quickly boiled. It is a rich source (20% or more of the Daily Value,) of vitamin A, vitamin C, vitamin K, magnesium, manganese, iron and folate. Spinach is a good source (10-19% of DV) of the B vitamins riboflavin and vitamin B6, vitamin E, calcium, potassium, and dietary fiber.

According to a study published in the Journal of the American College of Nutrition – spinach is excellent in controlling hunger and keeps you full for a longer duration of time.

Spinach was the first food ever to be sold frozen. It was done by Clarence Birdseye in 1930 in Springfield, Massachusetts.

In the olden times, artists extracted green color from spinach and used it as paint.

China is the largest producer of spinach across the world.

Oxalate, found in spinach, may cause kidney stones in some people. So, if you suffer from kidney stones, you can reduce its intake

Research suggests that juicing or blending spinach makes it easy for the body to absorb the nutrients, rather than cooking it.

Just one cup of spinach per day can reduce the possibility of a bone breakage in women by almost 70%.

Spinach boosts metabolism in a significant manner. Many doctors suggest that it be included in the daily diet because of this.

Why is Spinach good for children?

Spinach is really versatile and can be used in various forms. I am linking some very simple spinach recipes by my dear friends – Kalyani VT and Kalyani Krishnan.

Do visit their blogs for some very simple, healthy, nutrition rich recipes for your child and family.

1.Always buy spinach that is without any tears

2.Clean spinach always before using. You may have to do this 5-6 times depending on the amount of dirt on it

3.It’s suggested to steam spinach rather than boiling it, as boiling it is essentially just waste of all the goodness in it

Smoothie. The Yummy Avatar Of Your Favourite Fruits, And A Meal In A Jiffy!

Pump Up The Iron: 7 Vegetarian Iron Rich Foods For Those Who Cannot Get It From Non-Veg Sources

5 Superfoods That Can Keep Your Child Healthy Throughout The Year