A Trip To Jordan From India: My journey To The Land Of Sandstone And Royal Blue Sea

A trip to Jordan from India is very doable, and worthwhile if you have an interest in exploring ancient cultures amidst spectacular landscapes. Here’s a compelling trip account to Jordan.

Travelling has always fascinated me. I had for long the desire to write a travel blog and share the story of my journey. I am married for four years and since the fourth day of our wedding we have traveled to 23 places in India, across the South and the North. Although our country is huge and there is so much diversity among the places, cities and states, now-a-days people plan for foreign holidays and honeymoons. There is nothing wrong with that too, as it all depends on your interest and budget.

Travel has always been like breathing to me – essential to live, work and survive. Here I want to share about our first trip outside India. It was not a predefined tour, with tourist agents or guides; it was basically a visit for work. I am talking about Jordan, a small country in Middle-East Asia. It shares its borders with Israel, Saudi Arabia, Syria, Iraq and Palestine. Surprisingly for me, the country was extremely peaceful and the people were very liberal and nice to foreigners and travelers. There was no dress or other cultural restrictions for the tourists.

Losing yourself in the lost city of Petra

On the first day we left Amman, the capital of Jordan and headed towards Petra, which is one of the ‘Wonders of the World’. The roads were mainly desert highways with no traffic or greenery. (The southern part of Jordan is mostly desert.) After 2 hours’ drive we stopped for a break when the outside temperature was quite high, at a cafeteria with antique shops. They had a very beautiful collections of Arabian works. We left in half an hour and after one hour 15 minutes reached the small town of Wadi Musa which is near the Petra hills. The town has pretty yellow houses and nice roads. We reached the hotel and got ready to visit Petra.

We had booked a chariot and a guide from the gate. It was a less crowded, rough road with small round stones on either side. We entered the hills in a few minutes and it was like a narrow canyon with a road made of stones. The sound of the horse shoes echoed in the stony hills of the canyon, and gave us a strange feeling. The hills were brick red in colour -the completely natural geographical structure what given rise to this dry Canyon. It looked like two hills had approached each other in ancient times, but stopped short before they met and created that road in between! We went along this road for a kilometre before reaching the Petra Treasury. It was a long pink-brick hill, which was perfectly carved to create a palace with six huge pillars holding the top architecture. The work on the top signifies the twelve months of the year, and seven days of the week. A few sculptures of ancient Gods were also there, now shapeless due to erosion.

According to the guide, only 20% of Petra city was left on the surface now with 80% having gone underground due to an earthquake. The ancient Nabataeans discovered these hills and built up this hidden city as their capital. They chose the place due to its geographical significance including the canyon road named Al Siq which was hard to detect in the hills and thus helped them to escape Roman attacks. But the big hill finally could not protect them and Petra city was acquired by the Romans in 106 A.D.

It was an astonishing geography. The hills were made up of sandstone containing a pinch of magnesium which has given black tints, while a large amount of iron creates a reddish pink colour. The sodium and potassium in the stones gives it a whitish colour in some areas. We were excited as we had taken a camel ride to roam all over the place. The 2-3 hour expedition was worth it, but tiring. The hills stand still and calm with their own secrets and history. The huge temple structures will definitely surprise you. The Government should excavate further to find the rest of this pink city. We left with pink memories in our eyes!

Next day, we started for a tour to the Wadi Rum desert which is known as a lonely planet on the earth. Wadi Rum means the Valley of the Moon. It was a bright, sunny day. We entered the protected area at 10.30 am in the morning. The spectacular hills, made of sandstone, were formed before 500 million years ago. Due to huge geographical changes the sea level depressed to form the Gulf of Aqaba and the Dead Sea, and elevated the eastern part to form the Wadi Rum desert.

You can clearly observe the signs of erosion and sandstorms on the reddish pink hills. The spectacular hills under the clear blue sky will help you to beat the heat and roam around. The desert extends over about 400 square kilometres and ends at the Saudi Arabian border. When the jeep approaches the huge hills and then finds a way between the stones and enters the narrow sandy, shadowy path, you will definitely feel that you have joined an expedition in search of some hidden treasure in this adventurous place. The grooves and symmetric folds of the stones are standing still for millions of years with their own secrets.

This desert is open to the Bedouins who can roam anywhere along any route. They are the original inhabitants of this area. You will find old signs, stone cravings and paintings done by the ancient people in the hills, which have much archaeological significance. Bedouin camps are still present in various areas for the travelers to take rest. They serve an exclusive flavoured tea for the tourists. There is also a famous natural stone bridge, which is the major attraction in the desert for most trekkers. Finally it was time to go back. (You can also spend a night under the Milky Way and the moon and stars in Wadi Rum camps. As we had to leave for Aqaba on the same day, we missed that experience.)

Jordan has railway connectivity only for goods trains which connect it to other countries. We stopped at the desert railway station ‘Wadi Rum’ where a Turkish train, flaunting the Turkey glag, with compartments full with phosphorus, was waiting.

Aqaba on the Red Sea

The way to Aqaba was a different kind of road where the desert had ended and the hills appeared to be more dry and grey. There are industries located in between the hills. The highway has been built by cutting the stones. With these hills on our left, we entered Aqaba. The city was  decorated with trees and exhibits the feel of an ideal seaside city. This is the only beach city of Jordan, situated beside the Red Sea. The day weather was sunny and hot but not humid at all. In South Aqaba the mountains almost meet the Red sea and would have done so if the road which runs parallel with the Red sea and mountains had not been built. The sea was calm, and royal blue in colour and a few individual areas were distinctly bright, ocean green (making me wonder about its name!)

The next morning was breezy and pleasant, allowing us to go for a tour on the Red sea in a glass boat. It was surprising to listen to Indian movie songs in the boat. That was a romantic and wonderful journey on the sea, which I will remember forever. The boat sailed us to the border of Jordan on the Red sea, highlighted by huge ships anchored in the middle of the sea. You can observe the Israeli flag flaunted on the other side of the bay. You realize that human beings have divided the land as well as the sea and put up barriers which can’t be crossed without permission. But the fish and animals and birds are not aware of these treaty lines and borders!

Then the time came when I realised why the Red Sea was called so. A huge growth of yellow, red and purple corals in the crystal clear water changes that Royal blue colour in scattered places. It was a completely new and unforgettable experience for us. We also went to see an old shipwreck and the transparency of the water lets you observe the whole ship. The corals had occupied the surface of the ship and fish now used it as a hideout. The mesmerizing blue colour of the sea joins the sky in the South and you can’t differentiate both there. You can also try scuba diving in Aqaba, if you are familiar with water. But unfortunately I did not try any water adventure! I did wish for it to continue the whole day though.

We also visited the Dead Sea on the same trip. The sunset at the Dead Sea towards the Jerusalem hills has an indescribable beauty, which can only be perceived by the travelers’ own eyes. Although the Dead Sea is extremely hot and humid round the year, don’t miss the floating. And yes, you will float there because the water in the Dead Sea was actually an extra-saturated solution of different kind of salts and minerals, which tastes even weirder than it sounds.

The journeys ended but not our memories. The feet get tired but not the eyes. The struggles fade but experiences remain in the heart. If you plan for a holiday outside India, you can definitely consider a trip to Jordan historical and geographical significance. For couples and young travelers who plan for foreign trips, these places will surely create wonderful, varied memories which will be an asset for a lifetime. (I would suggesting visiting Jordan after September, when it tends to be less hotter).

All images belong to the author 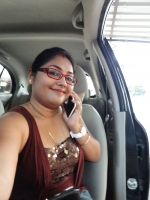 A Memorable All Girls Trip To Bhutan, The Land Of Happiness!