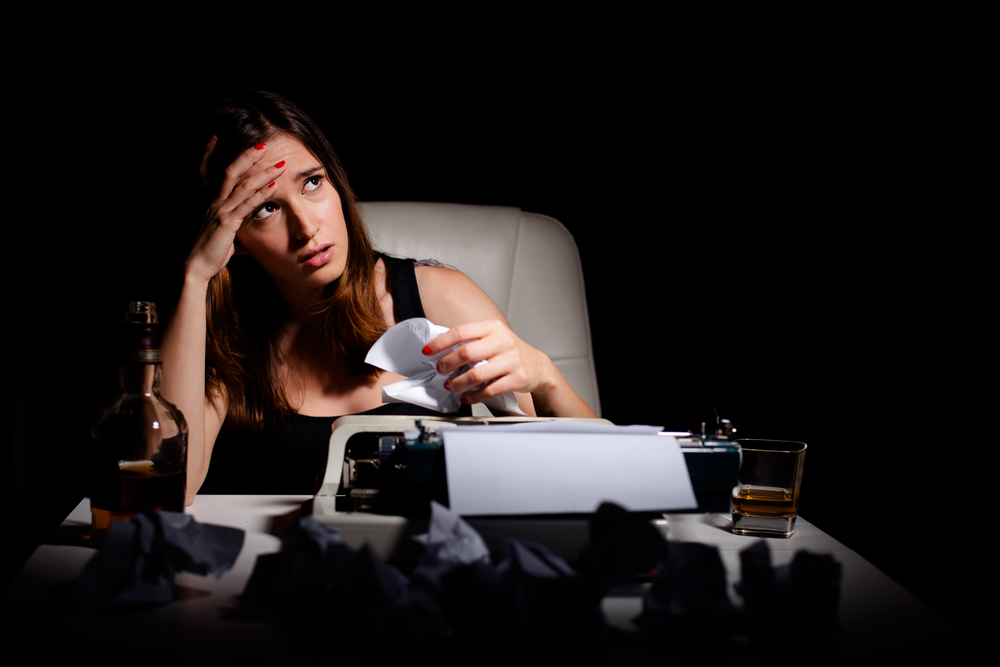 Here is some historical perspective on it, and tips on how to overcome writer’s block – that bane of all writers, great and small.

Ask any writer what they most fear and they will unequivocally answer, writer’s block. For a writer whose livelihood, self esteem and very being relies on the ability to masterfully craft words into meaningful prose, a blockage of creativity can be terrifying.

Consider Coleridge’s words in 1804: “Yesterday was my Birth Day. So completely has a whole year passed, with scarcely the fruits of a month.—O Sorrow and Shame. . . . I have done nothing!” Coleridge was then 32, and is one of the first known records of what we now call writer’s block. Most of the poems he is known for, he had written earlier, in his mid twenties, and he spent much of the rest of his life in an opium haze.

Shelley says, “A man cannot say ‘I will compose poetry,’ and simply sit down and write.” Poetry is the result of pain, anguish, inspiration, and according to Shelley, is the product of an “inconstant wind”. Shelley defines poetry to be not just poetry, but all of the arts and creative outpourings that result in permanent beauty or goodness. The inspiration that gives imaginative creators a momentary vision resulting in the creation of something is what Shelley calls art or poetry.

Perhaps the concept of writer’s block originated around the time of the early nineteenth century. Prior to this, writers simply regarded what they did as something rational, something controlled, something they could actually create at will. The early Romantics, like Shelley, came to see poetry (and writing) as something externally conferred, something magical, an “inconstant wind”, and something not in the writer’s control.

So, is Shelley correct? Can anyone, a writer, say, simply just think, I will sit down and write? Must he wait for an “inconstant wind”, a momentary vision that comes because of some inspiration? And does writer’s block really exist?

Consider the prolific writers of the same century, like Dickens, Hugo and others. A lot of them had day jobs, but made writing a habit.

Every day, for much of his life, Trollope woke up in darkness and wrote non-stop from 5:30 am to 8:30 am; he had a self imposed requirement of two hundred and fifty words for every fifteen minutes. After that, he went off to his day job at the post office. In addition, he says in his ‘Autobiography’, that he hunted twice a week. Trollope produced an astounding forty nine novels in thirty five years!

The best known bestselling writers of today have similar routines. I recall an interview I was reading where Dan Brown said his routine was to sit every day in his study, from 4 am to 8 am, and write. Whether he wrote later or not, he says he would at least show up to his desk at that time. A lot of other prolific writers of our times have also said, in this time that they show up to write and create, they often use a simple word processor, or turn the Internet off, to focus and be in the zone.

The flip side to this is that prolific creation is often dismissed and such writers are often less regarded. For example, in the nineteenth century, the public had bought into the Romantic’s theory that writing was art and that writers were individuals of fine minds, delicate constitutions, perhaps of a melancholy nature; definitely artists who needed inspiration to create.

When “Autobiography” by Trollope was published, in 1883, a year after his death, Michael Sadleir introduces in the Oxford World’s Classic edition of the book, the book “extinguishes it’s author’s good name for a quarter of a century.” This painting of a writer as a common labourer, who can just labour and toil and create, contrasts sharply with the post-war American image of writers who border on madness.

Perhaps there was an increase of many writers at the time going into psychoanalysis; consider Norman Mailer, Tennessee Williams, and others, and many writers wrote about the relationship between art and neurosis. Consider F. Scott Fitzgerald, famous in his twenties, burnt out at forty, and dead at forty four. As writers pushed their own boundaries to go deeper into their own psyche, in an attempt to find their authentic voices, they were striving to arrive beyond the constrictions of language, to experience.

Blocked writers are typically unhappy; they often have symptoms of perfectionism, self doubt, and anxiety. They often feel helpless and have an aversion to being alone, and this is a major problem, because to write to you need to be alone! I am a writer who has experienced brilliant flashes of creativity in mania, and then years of silence in more ‘normal’, or depressed states.

In her 1993 ‘Touched with Fire: Manic Depressive Illness and the Artistic Temperament’, psychologist Kay Redfield Jamison, herself affected with bipolar disorder, argues that manic depressive illness was the reason that drove a lot of the best poets and artists to create. We have all heard of Vincent Van Goph and theories of him being bipolar, a term not bandied about then, as it is now.

And while psychologists and psychiatrists all over the world now hand out antidepressants like Prozac and stimulants like Ritalin, to jump start the brain, not just to blocked writers, but really to more and more of the general population — an alarming nexus with the wealthy pharmaceutical industry, but that is a topic for another article — let us examine ways to fight the dreaded writer’s block, and get real.

Make a routine, and just show up to your desk, with your writing tool of choice, be it your computer or notebook or iPhone… simply show up. That’s all. Some days your output will be great, some days mediocre. But the more you write, the more your writing will keep improving.

Develop a habit of reading prolifically. I have always pooh pooh writers who say they don’t read. The best writers read constantly, and as you absorb the words of others, you develop your own writing voice.

Build up your happy endorphins

Run. Meditate. Yoga. Cycle. Choose any form of exercise and stick with it, as many times as you can build into your week. Haruki Murakami is one of the best known writers who has written about his running routine. Because exercise clears the head, you approach your desk fresh, energised, happy. And if those American writers of the 1950s are to be believed, and if indeed there is a connection between madness and creativity, at least the happy endorphins released will be enough to keep you on the higher side, aka mania, and therefore your will be more creative naturally.

This exercising advice is endorsed by psychoanalysts. A lot of famous writers we know of, wrote in a whisky or marijuana haze. While this may work for a while, to clear the head, and make you less inhibited, exercise is the natural way to achieve this state.

Be real about ambitions

History is full of writers who wrote a brilliant first novel, won many awards and accolades, and then spent the rest of their lives working on something to match the brilliance of their first novel. Perhaps the advice here is to be less of a perfectionist, and to know when your second or subsequent project is finished. Do your best, and submit.

Social media management. This cannot be stressed enough in these days of constant engagement, interaction, obstruction and distraction. If you do manage to create a writing routine, please, please, please, during that time, turn your wifi off. You will get so much more done without those wonderfully inviting messages from Facebook: “John Smith commented on your photo.” There will always be Facebook after your three or four hours of writing! Commit, manage, and see the writing flow more.

This is a habit used by Graham Greene after a six month stint in psychotherapy. Greene believed this was a special form of writing, no one but you sees your dreams. And if you write them as you wake, they can be as fanciful as you like, and it gets you back into the habit of writing, because you’re just writing what you just saw (or dreamt), and it’s a whole other world of entertainment and magic. 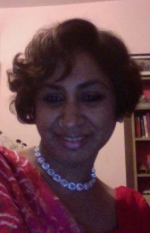 Jhilmil Breckenridge is a poet, writer and activist who speaks out about mental health, incarceration

How To Be The Best Writer I Can Be? #WomenOnTheMove

How To Deal With A Writer’s Block And 4 Other Tips To Be The Content Writer You Want To Be!