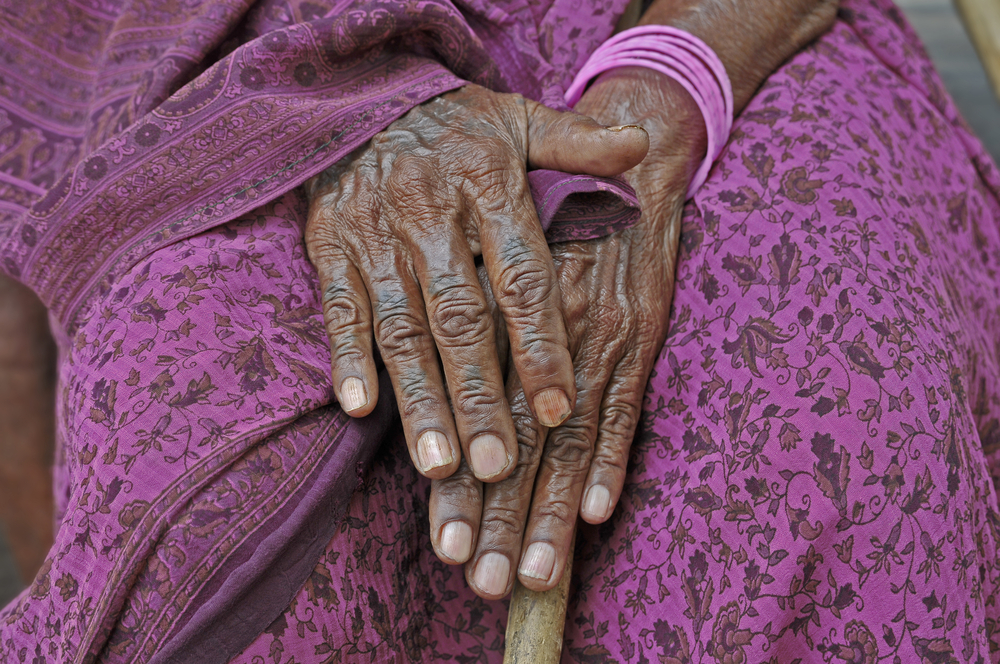 An unusual Grandmother dies after a largely contented life but a mystery lies behind her death. A poignant short story around the rules that bind women’s lives.

The night felt awful. The scorching sounds of crickets and other unseen insects pierced through every wall of the house only to disturb the flow of thoughts in the minds of people who were not yet enslaved by sleep in that terribly silent house.

The house had been over-populated for the last two days and the silence appeared skeptical. Indu was lying on her bed wide awake, her mind full with a series of unprecedented thoughts. Indu, a young grand daughter of the woman who had died, was immersed in her thoughts. No one had expected the sudden demise of the old woman. Although old and fragile, her grandmother had not been in ill-health.

Everyone around was indeed curious to know the reason for such a fall in her health that eventually lead to her death. Thinking of what could have gone wrong, Indu was carried away into the past when she recalled how her granny had lived her life.

The old lady had lived a simple life. A life that was not attached to any societal or community rules. It was a life of contentment, a life to live to the fullest and enjoy every moment of its existence. She had never regretted being old; she had always lived in her youth.

As Indu had seen, her grandmother’s day never began too early. She would brush her ever-strong teeth with a branded tooth powder which she had been using from ages, with her bare hands and sprinkle some water over the face covering only her eyes, nose and a little part of her wrinkled cheeks.

She would then wait in silence till she was served tea. She was very fond of tea and she enjoyed every sip of it, holding the cup in her saree pallu. If she happened to encounter anyone during her tea time, she would express gratitude in her shining eyes, God knows for what, at each and every sip. Indu had never seen any complaints or dissatisfaction from her granny over the taste of the tea. The most awful tea was as equally welcome as the best one.

Granny would never be in a hurry for her bath. Bathing was surely meant only for cleansing ourselves physically and was rarely attached to a particular time or breakfast. The Gods in the Pooja room never took up much of her time. She would chant some hymns or songs, join her hands before them and then take her leave. Even in old age, her taste buds were very active and she never missed a delicacy owing to her age. She always fancied pickles on her plate, though she was frequently discouraged by her children and grandchildren who seemed to worry about her high blood pressure. Her simple mind had figured out that eating more sugar could balance for the high amount of salt she had consumed. She always followed her mind.

An afternoon nap was compulsory in her daily routine, although she rarely got any sleep during the nap. It would be followed by a walk at the beautiful hour of dusk. She used to stop at each and every known household of the neighbourhood irrespective of caste or creed. She would chat with the old people of the house for some time, offer some peppermints to the young and even accept a cup of tea whenever it was offered.

If she ever happened to pass a temple or a mosque or a church during her delightful walk, she would treat all of them equally. She would leave her foot wear; offer a coin and would pray to the Gods for a minute. She never worried of what others in the family would think of her secular approach. She lived on her own terms.

In the late evening hours, she used to open her well-maintained age-old spectacles from her treasury, a little handbag. She would then read some devotional songs and write a few lines, which would always be the names of some Gods again. This she did, not out of religious faith, but to avoid forgetting how to read and write, which she was fondly taught by her late husband. She used to enjoy the programs on television, which she watched with her children and grandchildren, commenting on everything she watched.

Her thoughts and her life were simple. She lived the way she wished. Her simple, innocent, enjoy-everything way of life was not appreciated by most of the adult members of the family, who had issues with looking after the old widow. Only the children, who received sweets, tamarind lollipops, peppermints, gums and all sorts of things, and those who listened to her interesting stories of men and beasts,  were fond of her.

Many of her children, their spouses and even grand children had always opposed the way the old woman lived. A widow, an old woman like her was bound to live in a specific way, regulated by the unwritten rules of society, which were to be followed by every woman of her age in the so-called community. She was to get up by dawn, bathe soon after, avoid breakfast, eat less at lunch, avoid much cooked food or anything prepared outside by people of unknown caste. She was expected to listen to holy songs instead of watching the TV and she was to spend all her remaining time in the pooja room before the Gods reciting their names, so that He would like to take her sooner to Him. In short, she was to clench her taste buds and give up her contented life. She was to give up all the worldly pleasures and live a saintly life getting involved with the Gods, their philosophy, and the long-accepted way of living in old age.

She lived much of her old age the way she fancied. But at some point, after much deliberation, she was made to live a saintly life. She was forced into a transition by her own family. She was given no choice for her preferences. The rules were framed long back. She had to follow them. This was the stage when she got on her death bed.

Indu began to understand the things she had recalled. She felt that her old grandmother was terribly stuck; stuck in the cobwebs that connected two ways of life, one of which she wanted to live and the other, which others wanted her to live. The intricate difference between the two was not understood by her innocent mind, which was untrained to think and solve complex things.  She couldn’t live her way anymore; she feared the wrath of her own children. Neither could she live like she was expected; such a life was not hers. Death appeared to her as an only feasible solution. She began to chant for her death day in and day out and she lived her last days only waiting until she died.

On the following day, the 12th day of the death of the old woman, a religious function was arranged. After the high calorie lunch, the main priest, an old man who had performed the required rituals of the day, began to speak, “The death of the old lady has definitely saddened all of us. She enjoyed her life to the fullest. All through her life, she upheld the values of our culture by being a dutiful wife and mother. I wish you all continue to get her blessings. By feeding many scholars and priests of our community, her son has seen to it that his mother would be directly allowed into the heavens. If at all she has a rebirth, I pray to God,” continued the old priest, “to let her be born in the same community and into the same family.”

Image of old hands via Shutterstock

I am a Ph.D. student doing my research in Molecular Genetics. Writing, in general,