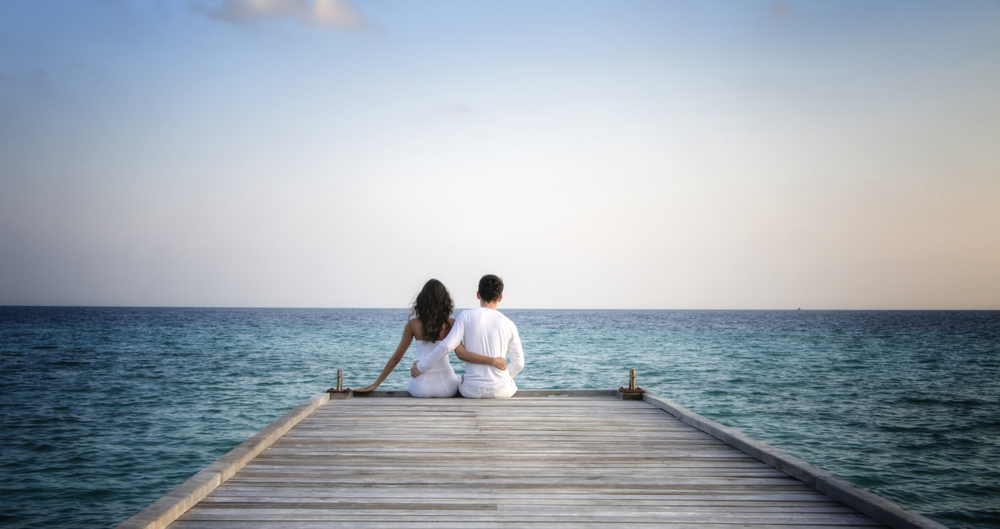 Tithi was confused and taken aback. Men like the one standing in front of her never asked women like her out.

It’s going to be a warm day, Tithi thought to herself as her eyes scanned the jogger’s park. The sun rose brightly spreading the warmth even though it was just 6:30 in the morning. She was sitting on the bench after finishing her full hour of jogging, looking at people walking or jogging on the track.

On her right was an old uncle’s laughing group and on her left were two women gossiping. Lost in her thoughts, Tithi felt a pair of eyes staring at her. Looking in the same direction she found the body the eyes belonged to. They belonged to a man who had the most handsome face she had ever seen in her life and a body that could put any of the actors proclaiming fitness, to shame. She hadn’t realized that she had been staring until that handsome face smiled at her, a knowing teasing smile.

Tithi felt heat rise up her face and ears as she forced herself to look away. As she tried to compose herself she noticed a shadow near her. Looking up she saw it was the same guy standing next to her.

“I’m Varun. I have been watching you in the park these last few days. Would it sound too creepy if I asked you out for a coffee or dinner?”

Tithi was confused and taken aback. Men like the one standing in front of her never asked women like her out. Tithi was very average looking, fit but plump. She was shy and very surprised that this handsome guy was asking her out.

“Did someone dare you to ask me out ? You can tell them they won and be on your way,” she replied dryly.

The guy laughed and said ”Is that your way of saying yes you’ll go out with me ?”

“No, that was was my polite way of saying go away,” she replied

“Okay, so no going out. How about a jogging date tomorrow morning same time, same place ? You can’t say no to that, you come here anyway and I will be here too so we can consider it a date, right ?”

“Everyone in the park tomorrow at this time will be your date by this logic,” Tithi replied and waved before walking towards the parking lot to find her car.

Nevertheless, she was excited as she parked her car near the park the next morning. She checked her herself in the car mirror before getting out of her car. She had taken extra care about what she had worn that day and had even considered wearing makeup, but thankfully she had ruled that option out. She was eager to see if Varun would be there in the park to meet her. Walking towards the jogging track, Tithi saw Varun waving out to her. She waved back and walked in his direction.

“Morning,” she replied, as she started her warm up.

They jogged for an hour before resting on her usual bench.

“I was afraid you might not show up today,” Varun confessed

“I thought maybe I scared you by the way I behaved yesterday.”

Tithi got up and smiled at him “So same place same time tomorrow.”

Varun nodded and smiled back. She waved and walked back to her car. Their jogging dates continued for more than a month before Tithi finally agreed to meet Varun for dinner. During their jogging dates they had gotten to know about each other, their families and their lives quite a bit.

Varun picked her up from her office in the evening that day. Tithi was very surprised when they reached their dinner destination. It was a small charming home turned cafe and it was her favourite place.

Their jogging dates continued for more than a month before Tithi finally agreed to meet Varun for dinner.

“I have seen you many times here, I know you like this place. I could not think of any other place where  I could take you.”

“Were you following me ?” Tithi asked cautiously.

Varun laughed and said “Of course not. This is my favourite place. I come here most of the time for dinner. And that is how I know you come here too. If you don’t believe me ask the owners, they will vouch for me”.

Tithi relaxed and they sat down grabbing the only empty table in the place. They ordered their meals and talked about their day at work and life and family. Varun, she learned from her jogging dates, did not have a family. they had died in a car crash couple of years ago. He had no siblings. He had had a wonderful life with his parents before the car crash and a beautiful childhood, everything Tithi had wished for.

She opened up to Varun during their dinner about her family, her childhood and her divorced parents. Tithi’s father was a very successful man and a complete workaholic, who was too engrossed in his work to notice the multiple affairs of his wife. They were always fighting and Tithi would always be in her room crying herself to sleep. She had longed for some time with her parents without them getting into a fight. She didn’t keep in touch with either of her parents. She confessed that she was very jealous of the childhood Varun had.

It was the first time she had told anyone this and she felt nervous about opening up about all this to Varun. But his hand on her cheek and the look on his face made all those thoughts disappear and she smiled.

That dinner date was the first of many more to come over the next 9 months. Varun had started talking about how special she was for him and how he loved to have her in his life. And Tithi had been avoiding the topic, as she was still not sure about a future with this guy.

One fine Saturday morning, so early that even the birds weren’t up yet, Tithi turned up at his place, waking him up and asking him to get ready before rushing him out of the house into her car. Once in the car and on the road Varun finally asked “So can I ask now where are we going?”

Tithi gave a slow smile and replied “You’ll know when we get there.”

“I even forgot my mobile at home.”

“You wouldn’t need it where you are going. Anyway I have mine,” Tithi responded, not mentioning that it was switched off. She didn’t want any disturbances for what she had planned.

They drove for over an hour along the highway before taking a small side line going towards the hills. After going on for another 15 to 20 mins Tithi stopped the car and asked Varun to step out. Getting out of the car herself she started walking towards the edge of the road, below which was a deep valley. Standing there she beckoned Varun.

“You are really scaring me you know,” Varun said standing near the car.

“Trust me and come here”, she replied.

Varun gave himself a shake and went over to where Tithi was standing. She had a weird look on her face as she spoke.

“I have a confession to make. Since the time you told me about your family and childhood I have envied you for having all that I wanted when I was growing up. There were many times when I was angry with you for having all that I had ever wanted and wished for. I even wished I could take all that away from you and somehow intertwine it with my life, just that I didn’t know how to. But I finally figured out how.”

She ended with a sly smile on her face.

“Look, sunrise,” she said. “It’s the most beautiful sunrise I have ever seen in my life.”

Varun looked up to see the sunrise, and when he looked over to where Tithi was standing it was just an empty space, he panicked and looked around and saw her.

There she was next to him with a shy, yet confident look on her face, kneeling down on one knee.

“Varun, Would help me give me my future children, the childhood that you had and that I dreamed of?”  Tithi asked.

Varun stood there, astounded by what was happening and then he spoke.

“Of course! Yes.” He smiled and took Tithi into his arms and they swirled around laughing.

The story of my life, I am a daughter to my parents and in-laws,

Was It Dida’s Day Today? Or Just Another Day To Forget

A Family Of My Own [#ShortStory]