When my almost five-year-old daughter fell off the bed and suffered a femur shaft fracture, my husband and I blamed ourselves. But my wonderful daughter surprised us -- here are 3 lessons I learned from my little daughter. 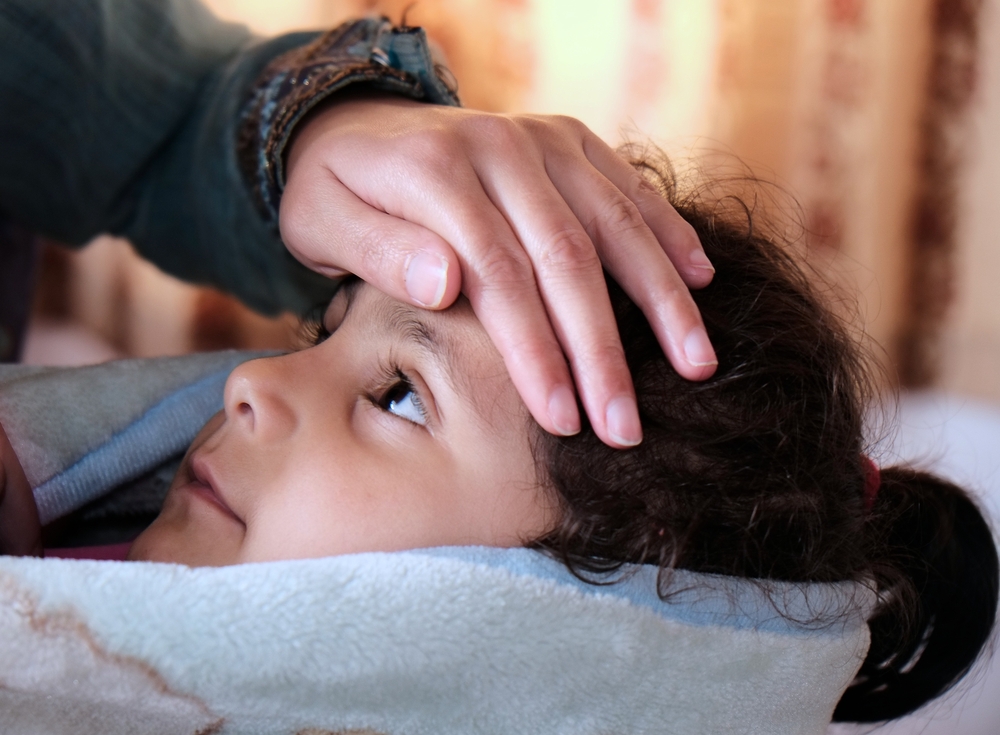 When my almost five-year-old daughter fell off the bed and suffered a femur shaft fracture, my husband and I blamed ourselves. But my wonderful daughter surprised us — here are 3 lessons I learned from my daughter.

It was 1 am and we were deep asleep. Suddenly a thud occurred followed by a shrill of weeping. I at once knew it was my daughter.

I looked downwards and found her on the floor weeping. She had fallen down and in just two minutes my world was upside down. She had broken her thigh bone with a femur shaft fracture. We immediately took her to the doctor and she was operated next day at 4 pm. All this while we, my husband and I, kept blaming ourselves for being careless.

‘I should’ve held her all through the night’

‘How could I not know she was about to fall’

‘I am such a bad parent. I can’t take care of my child’ etc etc.

Even though we are usually very careful with her, that fateful night she got hurt right in front of us, right among us.

She has been a perfect child to us (if I can say so) – obedient, naughty in her sweet ways, quiet yet talkative and well mannered.

Even during her time at the hospital she tried to be her best self, co-operating immensely with the doctors, nurses and her parents.

A day after the operation, we brought her home. The day she was getting relieved, all the doctors, nurses and hospital staff who were, in any little or big way, involved with her treatment came to see her off. All of them had one thing to say about her, ‘she has been the bravest patient in this hospital’.

She was now home. In her room that is full of her silly drawings, repeated words scribbled on the walls and her years old toys that are there only because ‘her dolls might want to play with them sometime’.

My husband and I still had not recuperated from the guilt of ‘not being careful enough’ that she asked us, ‘so who threw me on the floor?’

We both looked at each other wanting to say, ‘I did sweetie.. it’s all my fault’ but before we could utter a word, she said, ‘Mumma, I fell down myself. No one threw me. It is not your mistake mumma and it is also not Papa’s mistake’ and she started laughing.

It was the world’s most beautiful sight to see our daughter smile after an ordeal of two days of excruciating pain and torture.

We didn’t focus on her words then but when she went to sleep, we consoled each other and ourselves that yes, probably she was right. It was nobody’s mistake.

She has been advised on bed rest for at least three months. But the doctor has left the healing process on her.

‘Children know better about their bodies than us. She will know when to move or lift her leg. Do not force her. Let her be comfortable and she will do it at her own pace’, was the doctor’s advice.

We left it on her.

After a fortnight or so she began to crawl on the bed with the help of her hands and hip support. There were 3 lessons I learned from my little daughter. My first lesson came soon.

If you can’t walk, crawl. But keep moving.

I learnt it so well from my four years eight months old daughter. She couldn’t walk. She couldn’t run. So what? She could crawl! Life is all about moving. Moving on to the next chapter, to the next leap. If one does not move, how does one get on to the next thing? The day she started crawling, a new chapter began for her. She could now move all around the bed and she did not need us to be with her every minute. We would keep all her favorite toys and books on one corner of the bed and let her play.

She could now take care of her needs almost by herself.

I was happy that she was able to move and we could take her to the bathroom, whenever needed. Still it pained me inside to see her restricted to the bed. She could not step down the bed yet.

One day I asked her, ‘when will you start walking’?

‘I will walk on my birthday, Mumma’. She has her birthday on August 7th and I asked this question in Mid of June. So I asked again, ‘What will you do till then’?

She gave me my second lesson. ‘I can not walk Mumma but I can move. See’. And she started to move (a better and faster version of crawling) on the bed. ‘Should I go to the other room by moving?’, she asked and I said no while hugging her tight.

In line with the first lesson, I learnt the second lesson about how finding alternatives in life helps in moving on. If you are stuck at one place, do not wait along the straight line. Find an alternate path. So what if my daughter couldn’t walk? She could still move and that was the most important thing.

It was now the end of June and she was much better. She still could not walk or stand but she could go out for strolls in the pram and sit without support.

One late evening while we three were strolling in a nearby park I looked at the full moon and pointed it to my husband.

“What a marvelous sight, isn’t it?”

He nodded and my daughter exclaimed, ‘Mumma, I asked Moon for a wish’.

Wish? And to Moon? Where did she learn that?

“Mumma. I wished that when I start walking on my birthday, I want to celebrate my birthday on an island. There should be fish and sand and lot of friends.”

I can not probably explain how I felt at that moment.

I don’t think I would have dared to dream such a thing if I were on a wheel chair. Or I don’t think dreaming would have been a possibility for me at all. Adults focus on the results and not the moments. Had I been hurt in my thigh, I would have been sulking badly thinking about all the things I am missing by being on bed and how I don’t care about my birthday but only my ability to walk again.

Sometimes I feel maybe this is the reason we have progeny. To remind us that life is being created, continuously and that life never stops. It is perpetual. We have children in the world to teach us the lessons that we keep forgetting while growing up.

Sometimes I feel maybe this is the reason we have progeny. To remind us that life is being created, continuously and that life never stops. It is perpetual. We have children in the world to teach us the lessons that we keep forgetting while growing up.

We smiled and promised her that if she starts walking by her birthday, we would celebrate it on an island.

And thus my tiny toddler gave me the third lesson.

Surabhi Surendra is a blogger who has recently moved from the serene islands of Andamans to the bustling city of Delhi. She regularly blogs at Womanatics where she chronicles her life as a loved mother read more...