Five Power Girls Who Are Taking The World By Storm

Despite the criticism and the limelight, these five power girls have gone forward and spoke their hearts out, creating change one step at a time. 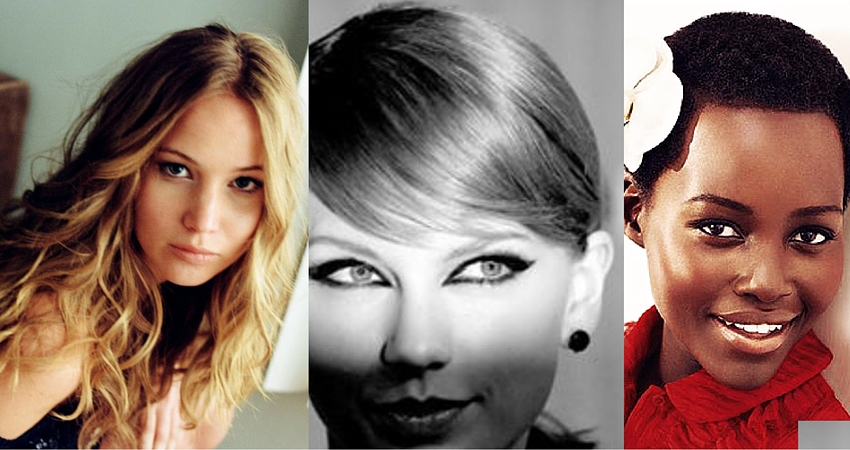 Despite the criticism and the limelight, these five power girls have gone forward and spoke their hearts out, creating change one step at a time.

Growing up as a teenager I had a lot of role models. From my teachers and professors to singers and actors; I had a very robust list of women who spoke to me in many ways. Maybe it has little to do with who they are and were and more to do with how I perceived them to be, but just by listening to them I found my own voice. I had a lot of questions ranging from the real meaning of freedom to how and why to love myself and for that I needed a lot of teachers. Hence I looked around and noticed a world filled with powerful women who knew what it takes to bare their heart and soul. Women who knew took the gift of life very seriously and went for the stars without being tamed.

Such women and teenage role models still exist and inspire a whole generation of girls standing at the cusp of womanhood. However, much to my horror their perception has not changed much. Such women who defied the societal norms were judged during my time and they are judged now. The world at large is always on a scavenger hunt to know more about their relationships. Love, sex and drugs are the still the three favourite prisms to pass the judgements on them, but they are still busy doing what they do best; speak their mind. Here is a look some of the power girls who are singing the song of their hearts and inspiring many others in the process.

Ella Marija Yellich O’ Connor AKA Lorde is a singer par excellence. At the age of 18 years she speaks to  women of all age groups, especially the ones who have trouble accepting and celebrating their bodies. She is one of  the most influential teenagers of the year in the Time’s list and has made to Forbes’s ‘30 under 30’ list. She  recently made a very daring move by posting her pictures before and after makeover on social networking sites.  She asks women and girls to embrace their imperfections whole-heartedly.

A 24 year old self-proclaimed feminist famously known all over the world as Hermione from the  epic Harry Potter series has been making heads turn from the very beginning. In all her interviews she stood out  as a charming yet free thinking and articulate girl. There was always more to her than her good looks. Last year  she was made a UN women goodwill ambassador and gave a remarkable speech which made every one stand up  expressing their adulation. She has also launched and promoting a one of a kind HeForShe campaign advocating  for equality of both the genders, along with campaigning education for girls all the world.

Internationally famous for her Hunger Games film series and playing heroine Katniss  Everdeen, she is an over achiever at the age of 25. She became the second youngest Best Actress Oscar Winner in  2012 for her role in Silver Linings Playbook. Her various other nominations and acting prowess aside, she has  won many hearts for being the ‘real’ girl next door. Whenever she speaks the world and especially the girls listen  as with the help of her slapstick wit she puts forth some important observations. She attacked all those who  hounded her for her weight and shared that being called fat should be made “ill legal”. She also famously said  once that, “I’d rather look a little chubby on camera and look like a person in real life, than to look great onscreen  and look like a scarecrow in real life.” This has made her a role model for ‘real girls’. She is one diva who literally  stumbled in the hearts of many while going on stage to accept her Academy award.

Although Taylor Swift has got all the makings of being a teen sensation; she always remained in  news for all the wrong reasons. Perfect voice, perfect lyrics and also the conventionally accepted ‘perfect’ looks  didn’t help her to keep all the controversies at bay. But with every heartbreak and backlash, she rose. In fact she  did more than rising; she soared to success with the release of her latest album 1989, garnering appreciation from  the likes of Dolly Parton and Jon Bon Jovi. She is known for pampering her fans and surprising them with huge  paycheques to clear their student loans. She carries the message of faith and love no matter where she goes which  has won her fans who will love her for the lifetime. Moreover, she stands for a kind and resilient spirit while  handling all the adversities.

The Academy award-winning actress brought many of us to tears when she gave a speech at the  Black Women in Hollywood Luncheon in which she shared her insecurities as a dark-skinned girl. She shared all  her vulnerabilities and how she felt “unbeautiful”. But she planted the seed of possibility in her mind of being an  actor following the league of Oprah Winfrey and Whoopi Goldberg. Now many young girls soak under the famous,  “The Lupita Effect”. She inspires all the girls who might think that they not good enough, skinny enough and  beautiful enough to live the life of their dreams. She is presently dedicated to saving the African elephants in  Kenya.

It never ceases to amaze me that being in the visual world of cinema and music how these women break the glass ceiling and come out in the open to speak to us and empower us in the process. They show their real selves in a world where image sells and that to me is a remarkable trait. Although I am 30-year-old woman some of these girls are way younger than me, I often learn from them the importance of being out there and being fully seen. They have made their own set of mistakes and they own them every time. If only the world can see through their perfect smiles and shining gowns they will find a woman of substance. The life of woman comes with the baggage of being objectified and the fear of being put on a pedestal. We all know that we are definitely more under the scanner; hence we need more girl friends. It doesn’t matter if they know us or not as long as by knowing them we can live the life of our dreams by following their example.