How Women Priests in India are Changing the Game

Women priests in India are emerging. They go the extra mile as they are on a mission to get acceptance. It's time we accept them. 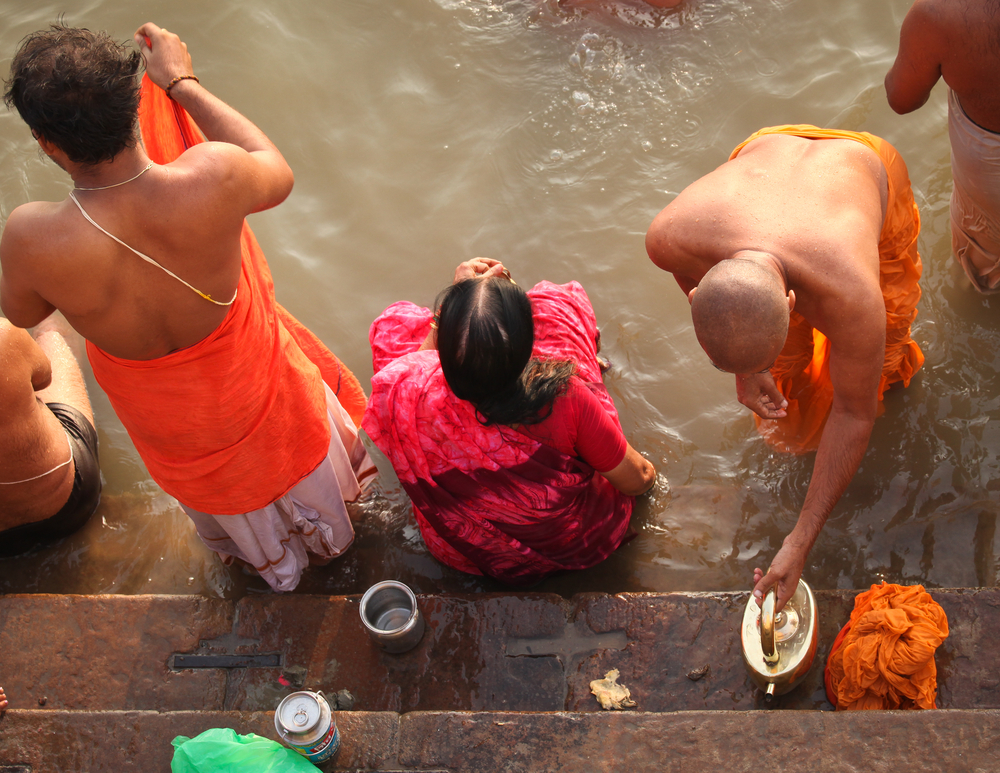 Women priests in India are gaining prominence. They go the extra mile as they are on a mission to get acceptance. It’s time we accept them.

For centuries, priesthood in Hinduism has been the domain of men. We have all grown up seeing male priests conducting all the ritualistic ceremonies. None of us ever questioned the status quo, as the image of a male priest has been ingrained within our being. Some women however started questioning this arrangement and acquired great expertise in what was largely accepted as a man’s job. Two years ago, some parts of India saw the emergence of female priests. Their proficiency and skill made them more popular among people; hence they even started replacing men.

The common concern of the society is the sanctity of a woman, especially on the days when she is menstruating. This is when she is not considered sacred, throwing the question of her performing the sacrosanct rituals out of the window. It is in fact one of the prime reasons why the very idea of a woman priest is a taboo. Women decided to question this norm and mastered the art of conducting the Pujas assigned to Priests. They have so far taken the city of Pune by storm where, due to word of mouth, they became famous. They left all the families for which they performed the ceremonies in complete awe of their command over Sanskrit and level of patience. These Priests are playing the role of game changers and are trail blazers in their own right. They also know that there is a long way to go for them to win the faith of our society; however they are driven and dedicated.

The emergence and subsequent acceptance of woman priests is a result of hard work of a lot of women and the men who encouraged them. These priests are here to stay and it important for us to encourage them. Following are a list of reasons why it is time for them to be accepted.

As per the feedback of all their yajmans (hosts), women priests are very dedicated and explain all the steps of ceremony with affection. They explain the significance of the ritual indulgently to involve all the members of the family including the kids. Some families have also sent them appreciation letters which stand as a testament to their perseverance and commitment. Only great service invokes such gestures where people go out of their way to convey their love.

Most of the women priest are fluent in various languages especially English making them a hit among Indians settled abroad, especially the ones who end up marrying foreign nationals. They come to India for weddings and find these Godsend English-speaking priests. Manisha Shete, a 48 year-old-priest offering her services for the past 8 years, shares, “Indian parents who live overseas often want their children to learn about their culture. But the children don’t understand Marathi. So I conduct the thread ceremony – a rite of passage for boys – in English.” The simplified rituals in English lead to various unanticipated reactions. She narrates one such incident in which a father gave her a very special compliment, he said “you know, my thread ceremony was done decades ago – but it’s only now that I understand why it was done and what it meant”.

India now has two major Pune-based leading schools, named Thatte’s Shankar Seva Samiti and Jnana Prabhodini. They formally train women to conduct rituals, prayers for initiation, engagement, marriage, conversion, house warming, ancestor worship and last rites. Women here undergo the grind of studying Sanskrit, learning by heart all the verses from ancient texts that are necessary to conduct ceremonies. After going through this rigorous training, you can be rest assured that you will be getting a quality and efficient service from a trained professional. Megha Gokhale, a woman priest in Navi Mumbai’s Belapur town ship who also conducts classes for both girls and boys observes, “Women are the torch bearers of religion and play a pivotal role in preserving religion and culture.” We shouldn’t make the male bastion the custodian of our tradition. The onus lies on both men and women to carry forward the message of Hinduism.

Rules out the possibility of manipulation against women

The number of woman priests in India is rising with each passing year. It is not just an urban myth which started a couple of years back. These priests are winning hearts and last year won a very significant Supreme Court ruling in their favour. A few local Brahmin families of Pandharpur, a pilgrimage city of Maharashtra reserved the rights of appointing priests in the famous 900-year-old temple and were not ready to appoint women priests. The Supreme Court however stripped their right to appoint priests and to collect donations. V.L. Manjul, research scholar and chief librarian at Pune’s Bhandarkar Oriental Research Institute, estimates that India now has around 1,600 of woman priests. As per him, “In Maharashtra alone, some 600 women have been trained as purohits (priests).” We can also contribute to this mission and initiative of female inclusion. By lending our support we would not only be vouching for equality for woman but also bring back the ancient tradition which existed 5000 years back. This positive inclusion will make our tradition more rich, diverse and free of any bias, leaving no room for manipulation. Lack of information about various aspects of religious ceremonies and rituals always leave them prone to manipulation. With the emergence of woman priests we can safely rule out the possibility for such manipulation against women.

Women priests go the extra mile as they are on a mission to get acceptance. Most of them are used to getting politely turned down, however that affected their drive.

No one so far has come forward welcoming these priests, well-versed in their practice; they have carved a niche of their own though. Women priests go the extra mile as they are on a mission to get acceptance. Most of them are used to getting politely turned down, however that affected their drive. Without any support they somehow manage to make a comeback in our religion and now the onus lies on us to help them not getting lost in obscurity.

Many researchers have pointed out that Hinduism has never barred women from performing religious rites. There’s even mention of them in ancient religious writings. But later men came to dominate the profession. They declared that priests could only be male and only from a particular Hindu caste. Stopping these priests in the name of religion will be anything but sacred. There is no distinction in the eyes of our many Gods and Goddesses. Moreover we pray to so many female manifestations of power each day in form of Kali and Durga hence not allowing these talented Purohits to practice should not make any sense to us.