Widows bore the worst plight in the name of purity and honor. Here are 10 food items they were prohibited to eat. 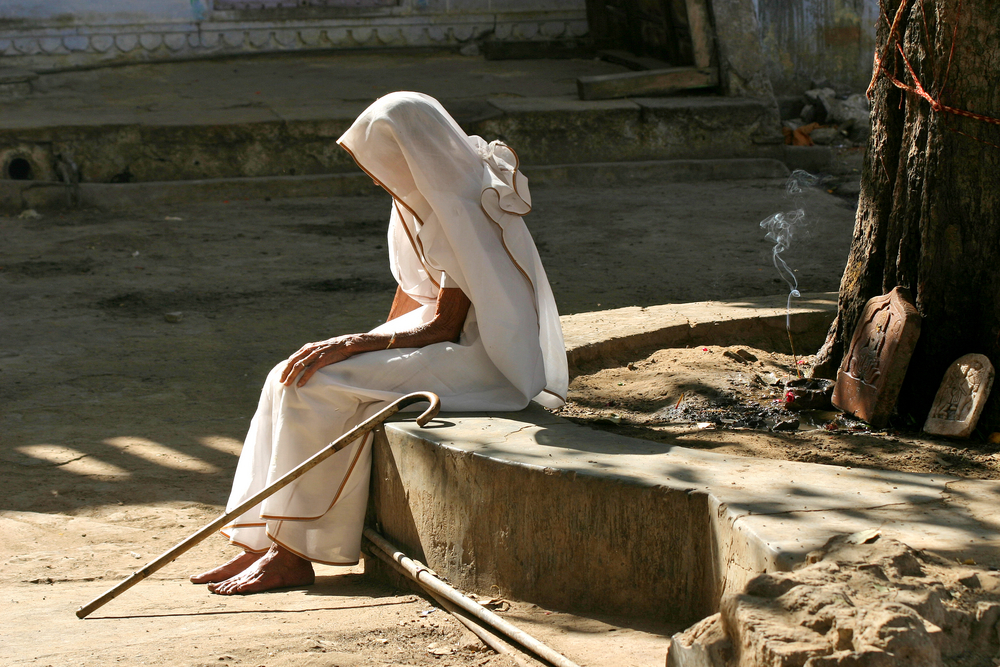 Widows bore the worst plight in the name of purity and honor. Here are 10 food items they were prohibited to eat.

Civilizations across the world have targeted women and have made them the harbinger of good, bad and the ugly. Women have bore the brunt of the society’s expectations since time immemorial. One can look up European, Chinese or any other great civilization; there will be horrific accounts of atrocities meted out to them. They have been burnt by being accused as witches and sold as sex slaves, not so far ago.

Indian civilization didn’t stay behind and continued some appalling practices. ‘Sati’ would probably top the list as one of the most dreadful of those practices where women were burnt alive along with their husbands on a pyre.

Since this was a voluntary practice and some families paid heed to the will of the widows; a few lives got a chance at life. However the grief-stricken widow who just had a major personal loss didn’t have an easy existence. They were referred to as ‘living Sati’ and had to live a life of restraint, devoid of any pleasures of life. With her husband gone the widows had to follow “Brahmacharya” (Celibate lifestyle); even the very thought which is sexual in nature was considered a sin for them.

This restricted lifestyle fully exposed society’s attitude towards women. Their very existence was seen as an extension of their husband’s life.

This restricted lifestyle fully exposed society’s attitude towards women. Their very existence was seen as an extension of their husband’s life. Husbands were considered the sole motive of the women’s existence. After the husband’s death, women had to be barred of all the pleasures of life, to display their continuous commitment to them. The lives of widows came under the scrutiny of the society who chose to be the custodian of her and the family’s honour.

Society made all the decisions on the behalf of women and had an entire routine laid out for them which had to be strictly adhered to. This incessant intervention was not just limited to all the religious norms and the behaviour. It ate into all the various aspects of their lives, so much so that there was an array of food items that widows were barred from eating.

This list of food items which were prohibited to the widows also explains why some of them suffered from malnutrition. Due to the prevalent practice of child marriage, girls from a very young age were prohibited to eat these essential food products.

Garlic is an important anti-oxidant was not allowed to be eaten by the widows in orthodox Hindu homes. The families believed that it has a tendency of producing heat in the body and can lead to sexual desires which would put the widows’ ongoing commitment to the deceased husbands in jeopardy.

An important source of protein was also removed from their diet because of the same fear. Her pious existence was a matter of grave concern to the entire family and society at large. Most of the pulses which are important for the growth of a healthy body were denied to be consumed by them.

Eggs in any case were considered impure, however in certain households where they were eaten and widows very always advised to stay away from them.

A vegetable which boosts our immune system was also not allowed to be consumed by widows stating the same reason of upholding her purity.

Another anti oxidant was prohibited to eaten to all the widows as it was labelled as a product that causes heat in the body.

To maintain the all important piety, this was also one food item banned to the widows.

Since traditional bakeries were run by Muslims, any products handled by the people of a different religion were also banned to be eaten by widows.

Meat in any case was not eaten by a lot of Hindus; however there were some families who consumed it. Again this was a luxury which was denied to the widows,

Apart from being a delicacy, Pistachios were also considered to produce heat in the body, hence not fit to be consumed by the widows.

Eating sweets is considered an indulgence and any kind of indulgence was prohibited to widows. They were bound to live a very simple life.

Apart from this entire list of important food products that the widows were not allowed to eat, they were also expected to fast every month. During fasting, they were only allowed to eat fruits for days on end. In the name of safeguarding their chastity, the widows were forced to live such a shackled existence. They also had to renounce the simplest pleasures of life. Their existence was meant to be dedicated to God and she had to be a devout Hindu, taking care of all the rituals.

Widows, were also advised to dress modestly, staying away from all the bright colours, to not attract any male attention. A widow was only allowed to be looked up to and addressed as an elder sister or a revered mother.

This treatment serves as a testament and is a grim reminder of how women were viewed in ancient India. Their status of being a human being was stripped of them once their husbands died. Post that they were merely an irksome burden on the family who tediously scanned her days to ensure her piety.

Some accounts narrate how a widow was sometimes called “pram” or creature, because it was only her husband’s presence that gave her human status.

Some accounts narrate how a widow was sometimes called “pram” or creature, because it was only her husband’s presence that gave her human status. In certain Indian languages, widows were referred to as “it” rather than “she.” Husbands literally were the be all and end all for their wives.

The main reason that this practice continued with moral impunity was lack of legal reforms and the fact that women had no access to education. They were confined to houses and dependent on their husbands for their survival. It only deemed prudent to the society to keep women away from the glare of everyone and preserve her as a symbol of their morality. Widows had nowhere else to go but to stick to their extended families who denied them the option of re-marriage.

This treatment tells us how women were viewed as and still largely continue to be viewed as the keeper of family’s honour. Somehow the honour of the family has always been directly related to the woman’s sexual life and behaviour in general. The saga of heart-wrenching plight of the life of such widows is shockingly still prevalent. The widows from poor families and no income flock to the city of Vrindavan, also known as the “city of widows”.  Surprisingly they still follow the same lifestyle, however due to lack of resources some of them are forced into prostitution. In big cities however we feel we have come a long way from this adverse treatment to women. But many families in our society still see women and the girl child as the custodian of their family’s honour. The onus of upholding the family’s prestige still lies on women. We have made many laws to protect the females of our society but female infanticide, honour killings, unreported sexual harassment cases are still a reality of our Nation. Brutal attacks on women in the name of morality still plague us and happen in all the strata of society. This leaves us with a vital need to push harder to change the way we view women. Because when it comes to outlook, laws can only go so far.