While Tanu Weds Manu Returns has won its share of accolades, this viewer finds its portrayal of marriage and relationships immature.

Since it was a long weekend here and the sun god was being unrelenting, my husband and I, along with a friend of his, decided to catch up on Tanu Weds Manu Returns. (Editor’s Note: This link takes you to a previous review of the same movie on Women’s Web, with quite a different opinion).

Though I am not a big fan of slapstick comedy, we decided to catch up on this one owing to a lack of other exciting options. As I expected, I was not too happy with the movie. But the disappointment apart, I grew anxious about the messages the movie was giving audiences.

1. The movie opens with Manu and Tanu bickering in a marriage counsellor’s office and Tanu later abandoning her husband in a mental hospital.

That was an insensitive portrayal of an issue that every marital relationship faces at some point and her extremely immature reaction to the same.

2. Tanu’s friend Payal discloses to her that her newborn baby’s father is not her husband Jassi and that it was conceived through artificial insemination.

I was really aghast when this entire episode was shown in a humorous way. Have Indian writers fallen so woefully short of ideas to make people laugh? Are they trying to make people laugh by encouraging wives to cheat their husbands on matters as sensitive as this instead of talking to them and coming to a consensus on what should be the next steps? The entire issue of not being able to conceive when desired should be dealt with great care and cheating at this juncture can ruin a relationship for good. I am not sure how good a message this is for the audience, specially Indian society which is any way very sensitive when it comes to producing a heir/having a child.

3. When Tanu returns to Kanpur, she starts going around with Raja and returns to her ‘cool’ ways.

What is the audience to think? That divorce is the new in thing? That life after divorce is as easy as what is shown in the movie?

I can go on dissecting the movie forever, but the crux is the disturbing way in which relationships and real life situations have been portrayed in the movie.

The Indian audience takes its movies quite seriously; actors and actresses are considered demi gods and hence every act shown in movies, everything that their demi gods do is keenly observed (which is why our censor board works overtime), – which is why movies like Tanu Weds Manu Returns become a nuisance.

It is true that today, there are many unseen challenges to our lives; tolerance levels in relationships are going down, divorce rates are going up, and marriages are becoming increasingly fragile. We really do not need movies like these to add fuel to the fire by encouraging people to look for instant gratification in relationships and make divorce look ‘cool’.

To cut a long story short, I am not suggesting that such movies should be censored. Maybe it is time that the movie industry matures to treat a movie as an art which is used to spread messages that are meaningful to the the society it caters to. Certain sensitive aspects are better left untouched in this manner, as we do not have a dearth of either modern day challenges or age old prejudices to deal with.

Is that too much to ask for? 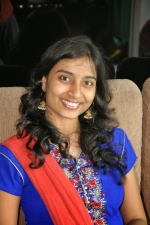