Of Daughters And Grandmothers : Bound By Love 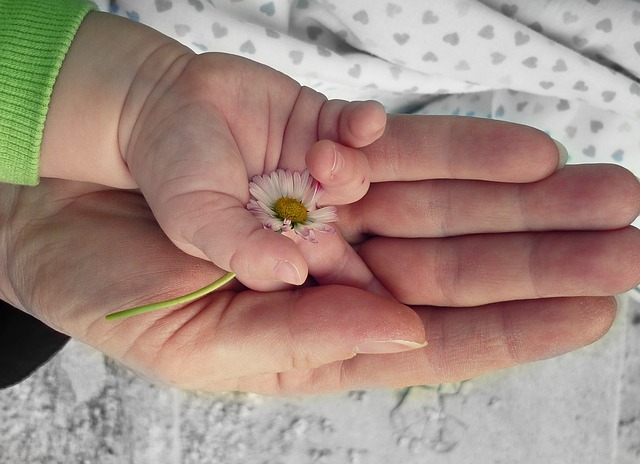 When I was pregnant with my daughter, like any other expectant mom in India – I was often asked whether I wanted a girl or a boy. Unlike the other gently discreet moms-to-be I knew, I’d answer straight off the bat that I wanted a girl first. I had nothing against boys, and would have been very, very happy to have a bouncing little boy the first time around too. But like so many moms, I dreamed about my own ideal scenario: a girl first, followed by a boy a few years later.

I was lucky to have at least part of my wish granted. In August 2011, we were blessed with a cute little baby girl who filled our lives with pure joy, and continues to do so.

Now, when I think of other women I know who’ve looked forward to a girl-child first, I see one common thread in our personal narratives. No, it’s not that we hate men, or because we didn’t have great male role models in our lives when we were growing up; I count my father and my husband among the strongest people I know. But what we did have were really strong and loving female role models and care-givers. For me, it’s been my grandmother.

When I think of other women I know who’ve looked forward to a girl-child first, I see one common thread in our personal narratives.

In her early 20s, like a lot of people of her age, my grandmother participated in the freedom struggle. When she was a young mother, she was frequently left alone with my father, then just a toddler, while my grandfather moved around the state for his job. She became a widow at 42, left with two teenaged boys.

She moved with  back to the city my uncle and dad, and took up a job as a designer in a well-known textile firm. She was one of the few women of her generation to have a degree; hers was a Fine Arts one, from the prestigious JJ School of Arts in Mumbai. She lost a son – my uncle – when he was in his early 20s.

For a woman whose world has always revolved around her family, these blows could have been lethal. And in a lot of ways, maybe they were. But in a lot of ways that really counted, she held on, like  a citadel for her family.  Women of her generation (she was born in 1925) weren’t supposed to know how to change a light bulb, but she did. They weren’t supposed to be athletic, but she was. She was also a great cook and a loving nurse.

A lot of my earliest memories of being in distress and being rescued involve my grandmother. I remember a few incidents vividly. I’m 8, and crying because I have a test at school in a couple of hours’ time, and I’m simply not prepared. My grandmother sees me crying, takes my hand firmly in hers, kneels on the floor so she is at eye-level and demands to know the reason for my bawling. I tell her.

A lot of my earliest memories of being in distress and being rescued involve my grandmother.

She soothes me saying all is not lost, asks me to get the book needed and sits with me, going over the study-material till it’s time to go to school. Needless to say, I pass the test.

Maybe I was actually prepared that day and just didn’t know it. I can’t remember the exact details of the situation now. I don’t remember the subject, or what grades I got. What has stayed with me after all these years is my grandmom’s awesome ability to take charge and make things right.

Another incident that I remember is my first swimming lesson. I must have been around 11. My grandmother had taken me to the pool with another lady from our acquaintances, and her kid. I lingered at the edge of the pool, paralyzed with fear, deaf to the tutor’s cries to just get in. This lady who had accompanied us obviously had a low threshold for dithering pre-teens. She crept behind me and pushed me into the pool. What happened next fills me up with pure joy sometimes (and with tears on others).

My grandmother shouted instructions that I don’t remember now, while plunging her hand into the water to pull me out. Only, she was a lightweight, hovering at around 100 pounds. So, what happened when I took her hand wasn’t that I got hauled out. It was she who fell in, and the pink and white saree she was wearing ballooned up like a submerged parachute in the water. It’s weird the details you remember.

She finally hauled herself out (she was an expert swimmer), and then me. That my grandmother could gamely take a tumble in the pool for me is, oddly enough, among my most reassuring memories.

So, now when I think about why I and other women like me would wish fervently for a girl, I think it may have at least a little to do with the fact that we want to bring up our tiny little person in the image of that someone we have deeply loved and admired as children.

Our child is then, in many ways, a tribute to that person. I think the reverse could be true too. If you’re someone who’s always wanted a son, it’s probably not because you hate women. It could be that you had a wonderful father, uncle, grandfather or brother. In short, a loving male figure who influenced you deeply and positively.

Bhakti is a Bangalore-based writer. Bhakti has been freelancing since 2006. She writes for publications such as CNN, Mint, Business Standard, Good Housekeeping, Deccan Herald, The Hindu and more. Her blog on all things read more...