The casual acceptance of rape and gangrape in public indicates something deeply disturbing about our society. 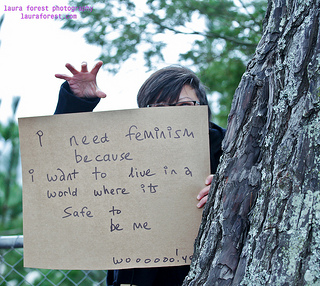 I was perhaps one of the first people on social media to raise the alarm on social acceptance of gang molestation/rape when two girls were molested on the street by a rabid mob on the eve of new year 2012 and then again after the Guwahati molestation. This uneasiness stayed with me for a long time. And continues to alarm me, because it isn’t simply a question of law and order for me.

There is molestation or rape and then there is a public gang molestation or public gang rape. The first indicates some awareness of crime. The second implies a socially accepted pursuit no one is really worried about being known doing.

When there is a molestation or rape and the culprit makes some effort to hide identity, evade law, and of course attempts to do the crime in a place where it will not be found, there is still the clear understanding of the criminal finding the action something he cannot let the world know about himself. These are social taboos. You cater to them as a part of belonging to society as a matter of norms of belonging to it. If your personal preference is different, the tendency is to keep it hidden from others.

If you think your behavior is acceptable in your society, you have no need to hide it. There are many cultures where drinking is very normal and you have families having drinks together. In other places, younger people will hide their drinking from elder people, though it may be acceptable among peers.

When men believe that raping or molesting someone is wrong, they hide the fact that they did it. Or it may happen in a mob where some perverted mentality is at play, for example during riots, where rapes are common.

When gang molestation or rape happens publicly, in what is a normal situation, I think it is very very worrisome, because it indicates that the rapists or molesters do not see anything wrong or unacceptable about their actions. They do not see anything to be ashamed of that they need to take away from public view in the interest of their own reputation (of course they don’t care about the victim either way).

Read the rest of this entry over at our content partners, Halabol.

Vidyut Kale describes herself as a blogger who writes from the perspective of the common man with ordinary vulnerabilities, concerns and resources and extraordinary potential. She blog at Aam Janata

Halabol is a social activism platform for all those who believe that change stirs the moment we stop blaming the system and looking for excuses. Be a part of the group that believes in initiating read more...