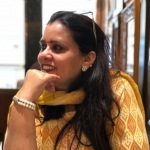 Dr.Manishaa Yadava is an Author/poet/storyteller and writer/Reiki Master/Dowser/angels card reader/Motivational speaker/Meditater/Art of living volunteer and Member of Indian Literature society. She has done Phd in economics.She has been writing poetry since class 9th. As an Author she has written two poetry books “Mere Khayal and “Driya-E-Ehsaas” and CO-Author of four anthologies. This year she released her third book “Kash Tum Samajh Pate”in five different languages She was on 9th May 1973 in Meerut (up) in a well educated family. Her father was a railway officer and Due to the nature of her father's job she had to move around a lot. Major part of her childhood was spent in Cities which are rich in literature. Now days she is living in Aligarh which is again rich in literature and she says that this city taught her a lot about literature. Although she was a religious person earlier but now she became spiritual too. After being spiritual she found out about the teachings of her life. Because of her spiritual journey she became a healer.As a healer she became sensitive towards others pain and the knowledge that is coming from that pain she try to pen that knowledge as well in her writings also.This path has enhance her writing skill too. Her clients feel comfortable with her and share their problems easily and she tries to make them smile and that feeling satisfies her a lot.Behind the fulfilment of her dream there are two beautiful souls and she proudly says that they are her kids without them she couldn’t imagine her dream would have become true. As an author she has received twenty-two awards till date. 1) 100 lnspiring Author of India Award by “The Awaz India” 2) 50 Influential Author of India Award by The Spirit Mania 3) WOMEN OF INFLUENCE AWARD 2019 By “Garnet & Gold” 4) SWAMI VIVEKANANDA EXCELLENCE AWARD by “Seva Youth Guild” 5) “swaym siddha Award 2019” by Rotary Club 6) “GOLDEN ACHIVERS AWARD” by Blaster Group Event Company 7) “Indian Star Icon Award-2019” 8) “Criticspace Literary Journal “Top100 Debut Authors Award” 9) “BEST 100 DEBUT INDIAN AUTHOR “ by Author pages 10) “Indian Iconic Personality Award” by Exotic Entertainment 11) “Achiever Award” in Kolkota by literoma publishing 12)Literoma Laureate Award by Literoma publishing 13)Life’s Real Heroes Achievers Award by “AAS Ek Prayaas”NGO 14)NE8x®"Author of the Year 2019”.Award 15) NE8x®”voice of India award 2020” 16) Orpit “National Women’s Leadership Award 2020” 17)”Best Women Writer 2020 Award” by Author Pages 18)”Best Poetry 2020 Award”by Author pages 19)”Best poet Award 2020” by ICMDR 20) ““excellent leadership award” by Aanandshree Organisation 21)”Naari Gaurav Samman”by Hitaishi and 94.1 Radio Current 22)”Influential Women Award 2020” by spirit Mania She has won one “Quotation Anthology Contest” by Literoma publishing services. She feels her work is done if she is able to touch mind and heart of her reader’s and mankind and can spread her knowledge to them. She is a founder of one open mic group name “Kavyam” where new talents can showcase their talents and she is a co-founder of one literature society called “shartakshi” she is Running one WhatsApp group of 23 women to give them a platform so they can voice their thoughts and can enhance their writing skill too and she is a co-founder of one literature society called “shartakshi” 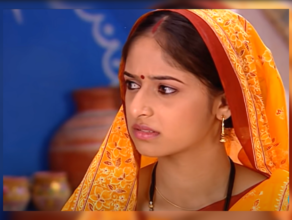 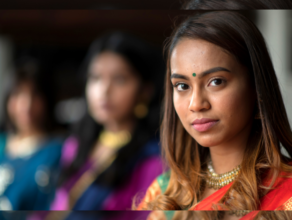