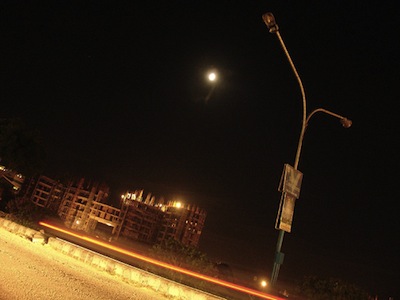 There was a time when women would have to fight for their right to employment. Fortunately, today this fact stands as our past. Unfortunately, our present isn’t any better either. The deplorable figures of crime against women in our country confirm the challenging and insecure lives women live even today.

A tiny fact that recently caught our attention is how working late hours in office creates security hassles for women. The obvious question here being, why should an effort made to improve your work life, endanger your very existence?

Let’s face it; working late nights has become a prerequisite in many industries. While men burn the midnight oil without such troubles, women tend to do it reluctantly. Sheetal Aneja* is a management trainee in an MNC in Gurgaon. In the six months of her employment, she’s had to stay back for work at least three days in a week. “It’s a complex situation,” she says. “There are times when you realise that there are hardly any people around. There’s a lull, the alleys get lonely and even the café closes after 8,” she adds.

While her company’s office environment itself is not a problem, the larger building that contains offices of several other organisations becomes a deserted place. Are there enough security guards around, I ask. “There are a couple in our office, but they can’t be at all places in the entire building right?”

Safety at the workplace: A false sense of security?

Come to think of it, those extravagant architectural marvels that we call commercial buildings are a perfect place for crime, if intended. While your own office may be a secure area, common places such as washrooms, smoking areas and cafés may pose threat. If you too feel uneasy being alone in places such as these, it’s best to have some company as far as possible. With greater acceptance of telecommuting, leaving the office along with colleagues and catching up on unfinished work at home is another option.

One simple measure that companies could employ is to employ female security guards as well in offices, especially in the area around washrooms and create a basic pantry inside the office premises, so that employees do not need to go out for dinner when working late. We know that this isn’t really a treatment for the disease of crime against women, but it would at least keep the symptom of attack at bay.

Public spaces: No safety for women

The problem however, is not always office infrastructure. Sometimes it is as basic as travelling back home. Ironically some of the most significant cities of our country display completely different attitudes in this context. While public transport is not a problem in most of Mumbai, there are conveyance-stricken cities such as Delhi and Bangalore, where travelling alone late night on a local bus only infuses fear. “Try taking a bus back home from Gurgaon late at night. People look at you as if an alien got onboard”, Sheetal exclaims.

The National Capital Region especially, seems to be decades behind when it comes to infrastructure that could add to women’s safety. The abduction of a girl from her cab in Gurgaon recently shook up the authorities. A safety audit conducted shortly after revealed the glaring lacunae in infrastructure that aided crime against women. The bizarre idea of making organisations seek permission from the authorities before asking their women employees  to work late night showed how helpless our government is in this context.

Employers’ responsibility: How much is enough?

For those who work in corporate environments, there is some measure of protection, while others who work in areas such as education, entertainment, retail, or in the unorganised sector often have to fend for themselves.

Richa Khanna Bose, Deputy Manager, Human Resources at the Hindustan Times (HT) publication details her company’s stringent policies. According to her, “HT follows various policies to ensure security of its women employees. The most important one would be of pick up and drop of women from residence at odd hours accompanied by a security guard. In extension to this we have policies regarding travelling outside the city and the stay at hotels. There are emergency contact numbers and useful transport numbers circulated to ensure awareness among female employees.”

Nalina Mittra, Senior Executive, Human Resources at Landis+Gyr, an energy management company said, “We ensure that a guard always escorts female employees in cabs post 8:00pm.” When asked about the changes required to make work places for secure for women, she said, “A tough sexual harassment policy and creating awareness about it is extremely important for all companies. Other than that, forums for women to come and talk about their issues and self – defense workshops for women would be quite helpful in making female workers more secure.”

There is no doubt about the fact that many organisations try their best in keeping their female employees safe. Nonetheless, the responsibility they shoulder is so big that corporate measures alone won’t suffice. What is really required is a commitment from our state and city governments to invest in public spaces, and a better understanding from architects and builders too on how work places can be built in a manner more conducive to safety.

The Tricky Issue Of Gender At Work