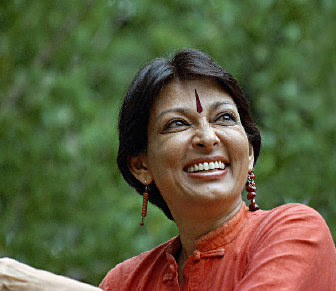 Mallika was born at Ahmedabad to star personalities Mrinalini Sarabhai, a very famous Indian classical dancer and Vikram Sarabhai, the space scientist. Her formal education proceeded from acquiring a management degree at IIM, Ahmedabad to getting a doctorate from Gujarat University. As for her artistic journey it shot to a peak with her playing Draupadi in Peter Brook’s Mahabharata during the 80’s. She grew to be more than just a dancer. In 1984, she co-founded a publishing house Maple which she still actively runs.

Shakti: The Power of Women, a theatrical show remains her most remembered performance even today. Apart from her widely varying artistic pursuits she has also been a keen social activist. Mallika also started the Darpana Academy which is a venture that seeks to reach out to people through the medium of arts.

She has won accolades such as the very prestigious Padma Bhushan in 2010, the Woman Of The Year award by the Indian Merchant’s association in 2004, the Chevalier des Palmes Academiques award from the French government in 1999 and many more.

– For her excellence in dance, theatre and film