Kalpana Chawla - the life of an inspiring woman, among the pioneering women in space who led the way for others 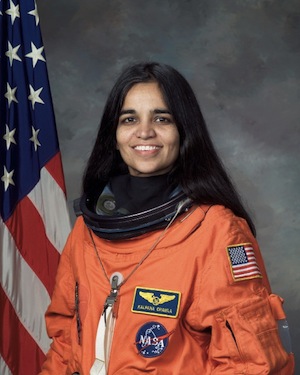 Of the hundreds of people who have flown into space, only 40 have been women. One of the brave ones – Kalpana Chawla.

From the small town of Karnal in Haryana, India to NASA, Kalpana’s life was one of passion and achievement. While her life was tragically cut short by the Columbia space shuttle disaster in 2003, Kalpana Chawla continues to inspire young people in India and around the world to take up a career in science.

Why we find Kalpana Chawla inspiring?

–       Because she was the first Indian-born woman to go there.

–       Because she is a role model for young women, showing them that literally, the sky is not the limit.