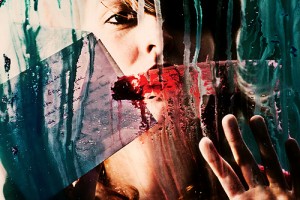 They have been married for 53 years. They have worn these 53 years of marriage lightly, laughter sprinkling their lives like stardust. Anyone who spent an afternoon with them came away smiling, delighted at being included in their circle of closeness and friendship.

And then sometime last month, she forgot who he was.

The two of them had taken care of each others for years – childless, never publicly exhibiting anything other than contentment with each other. Their nieces adored them. He used to be a strapping healthy six-foot-tall man for whom no demand was too outrageous, no treat too extravagant, no picnic too tiring. During the nieces’ visits he used to organize mango-eating competitions, get the water tank in the back cleaned and filled so that they could jump squealing into its cool depths in the middle of a blazing summer’s day. He had been a rock during their wedding celebrations, handling all the arrangements for the assorted relatives who had gathered for the four days. And she was always the friend and non-judgmental, jocular companion. Rescuing them from the monotony of their hostel lunches and dinners by taking them out to eat at restaurants, teasing them about boyfriends, always the familiar figure at the Arrivals or Departures gate.

Then, sometime between grand-nephews’ birthdays and naming ceremonies, she grew old. Shrunk. Stopped colouring her hair – which promptly went from being blinding black to golden white in two weeks. Became alarmingly skinny; and garrulous. Started talking more and more about her mother, who had died a decade ago; about how she often heard her mother calling out to her in the middle of the night. She joked that she had been packed and ready for years, wearing her slippers for the trip, ready to bid goodbye to all, so why was her mother still making her wait instead of pulling her over to the other side?

None of this was particularly alarming – until the fainting spell last month which left her unable to tell night from day or whether she had just eaten breakfast or dinner. Her life’s companion of five decades had himself become an invalid in the last two years, with two dysfunctional knees which were beyond any replacement surgeries. Watching him hobble up the three steps of the bank, passers-by would sometimes pick up the pieces of paper or 50-rupee notes fluttering away to the ground, handing them back to him since he was unable to bend and pick them up.

When she fainted in the middle of her breakfast last month, he got her admitted into the hospital, and she worsened at warp speed. She got confused and agitated about where she was, convinced that she was at home in the suburban Bengal town of her early married life and equally convinced later that her older brother had come to visit. Her husband tried to tell her that her brother had died four years earlier; she listened patiently, and at the end of it, said that yes, she and her brother had chatted for a long time about a book they had read.

Then the nurses began complaining about how she had wandered off to the men’s ward and used the toilet there, how she was waking the other patients in the middle of the night, saying that it was time for lunch. When they asked her husband if she was a “mental patient”, he was hugely offended, and complained. But he soon found himself speechless when her supervising doctor said there was nothing physiologically wrong and that she would probably be better off at home where she would not “disturb” others. He obediently took her home….

She now sleeps through the night. Her appetite is back. When her niece calls, she tells her about how she spent a lovely afternoon chatting with her brother. Or that her mother has just finished eating and is taking a nap. When the niece asks her about her husband, she is silent for a bit, then asks, “Who? I don’t know who you mean.” She instead tells her niece about this gentleman who warms the dinner, sits on the sofa beside her and gives her medicines. She has no idea who he is, but he seems to be quite nice and helpful. He knows where everything is in the house, he takes care of the house for her, but she does not know his name….

She has not reverted to any halcyon childhood; she knows the latest about the nieces’ jobs and grand-nephews’ schools. But her 84-year-old husband, who hobbles to the medicine shop, who helps her wear her sari, who holds her hand in the bathroom because she is afraid, has faded away from her world. Her world now is fully inhabited by her long-dead mother and brother. And it is one which a strange gentleman has drifted into, taking care of her for inexplicable reasons.