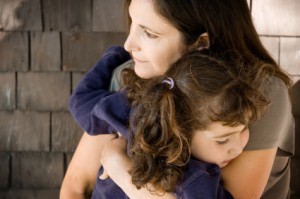 “Looking back now, it was more a mental violation than a physical one”, says Gayatri Bhatnagar*, a victim of child sexual abuse. Child sexual abuse is a form of child abuse that occurs when an adult or older adolescent uses a child for sexual stimulation. It happens all around us, in all kinds of families, but rarely gets discussed – nor is the law on child sexual abuse in India still clear.

Gayatri was 9 years old when she was sexually molested for the first time; she was 11 when it happened again. Both times, the perpetrator was someone she knew and trusted. Talking about the incidents, she recounts that the first time round it was a family friend -someone who had visited their home several times, someone she had no reason to be afraid of. The molestation took place not at home, but at a community centre. Although she had a sense of something being wrong, she did not talk to her parents about it immediately.

Her mother had always been protective – had never left her alone or unsupervised with male servants around. Besides, the person responsible for the abuse used his position of trust and preyed on her mind. She says, “It was a double edged sword. I was told this is good and you like it. A sense of confusion prevailed – why should I keep it a secret, is there something wrong, will I get punished?”

Two years later, it happened again. This time, it was the Mathematics tutor who came to the house daily. The inappropriate fondling would take place in front of her younger brother. Both realized that something was wrong and one day Gayatri and her brother told their mother about it. Her mother was horrified and the tutor was never seen again. 21 years later, Gayatri is more scarred mentally than physically. To this day, she is not comfortable with people being physical. She avoids shaking hands with people and even a pat on the back is enough to send her into a frenzy. Her delayed reaction was to shut down. She says, “There was a disconnection between my body and me.” She even feels that her lack of social skills today is due to this trauma she faced years ago.

Dr. Niloufer Ebrahim, Consultant Psychologist, Jehangir Apollo Hospitals, Pune says that sexual abuse has far reaching implications – it can even spill over years later into marriage. She feels that the biggest problem in India is denial. “No one wants to believe that this can happen to my child. They also do not want to face up to the fact that someone known to them can do this to their child. They choose to be blind and ignore the incident, also because they are concerned about what people will think.” Many perpetrators are those known to the family or children for years – persons the children are familiar with and trust.

No one wants to believe that this can happen to my child.

Dr. Ebrahim feels that parents have a responsibility to teach their children about “good touch, bad touch”. This should be not done once, but several times. She says, “When parents teach their children about many other things -dental protection, nutrition, hygiene, why can’t we teach the child to protect his/her own body, instead of the child being scarred for life?” She feels that parents should keep the following points in mind:-

Hema Sharma* was sexually abused for a long time, from when she was 5 to 7 years old. The perpetrator was an 18 year old male servant in the house who used to play with her and her brother. No one realized what was happening. While playing hide and seek, it was easy for him to pull her into a corner. She was too young to understand what was being done.

She feels that she knew something was wrong. Yet, she says, “I was also scared of what was happening. How will my parents react? Let me just keep quiet.” Hema had never been spoken to about being touched inappropriately. At some point she even wondered if she was to blame for what was happening. Hema and her family finally moved from that city and fortunately, she was never abused again. She feels her abuser used his position of power to take advantage of her.

Hema feels that while the incident did not scar her permanently, it has affected her enough to be suspicious. A mother of two now, she is wary of having male servants in the house. She constantly monitors her children’s whereabouts, and doors are never locked in her house. She is not even comfortable with family friends picking up her children and hugging them. Her children are young, but she is already trying to protect them and teach them about inappropriate behavior or touching. She says, “As parents, we need to stop thinking about other people’s feelings; we need to start thinking about our children. It is never too early to teach your child anything. If you do not teach your child to protect him/herself, you are failing as a parent. Children are more exposed these days.”

She strongly believes that one reason why child sexual abuse happens so frequently is that you do not have to use force to abuse children. Hema confided in her mother years after the incident happened, although she was uncomfortable talking about it – only because, as a parent, she felt her mother had a right to know. Her mother went into denial and they never spoke of the incident again. Hema brought it up again after her first child was born and her parents accused her of being paranoid because she did not want male servants around. Even now, she feels that her parents do not fully understand the enormity and horror of what happened. Hema is very clear in her mind now that she is the victim, not the perpetrator. She tells people about it because she does not want it to happen to anyone else’s child.

Child sexual abuse is very much a part of our society today. People who we thought are above reproach – close relatives, religious figures, teachers and friends have all been in the news for sexually abusing young children. Even parents have been found guilty of this. It is important therefore to keep the lines of communication open. Dr. Ebrahim feels that parents should be more involved, aware and take an interest in what their children are doing. It is essential to talk to children. Only then will the child open up and talk if such an incident occurs. If it does, parents MUST support the child – believe in the child and fight for him/her.