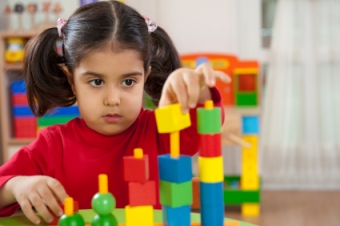 Children with special needs teach us important lessons in life. One mother talks about parenting her special child.

“It’s probably PMS,” said my husband with the non-committal tone he reserves for my ranting over the phone. It probably was – but knowing that did not make it any easier to walk into the house after work to a wound up, hyperventilating, irrational 15 year old. Any 15 year old is tough for a parent, and when the subject is a 15 year old child with special needs, and the object of her angst, her mother – you have the ingredients of a rather dramatic soap.

“I need a video camera – I want to record how she behaves with me and show it to a psychologist. There has to be some solution,” I was off-loading to a friend. He, as always, gave me a patient hearing even though it was the middle of a working day, and the video camera arrived promptly.

After that, every bit of drama had me leaping for the camera; by the end of a week I had enough on tape to bring down a government! There was Niharika crying and trying to pull my bag off my shoulder when I was leaving for work; there she was pulling my hand when I was checking mail, and again, there she was, wailing away when I was on the phone.

The challenges of parenting children with special needs

It was so unfair, I thought – there she was, smiling at her father when he came home and talking to him about how Mummy had told her who was playing on the IPL that night; or how she had gone with Mummy and her brother Ayush to buy curtains. How excited and how pleasant her demeanor was when she spoke to Daddy; what a contrast with the way she reacted to Mummy!

I played the recording back a couple of times – to make sure all was fine; and slowly a thought crept in – did she overhear my conversations with my friends and long to talk to a friend herself? Did she see me tapping away on my laptop and want to facebook, email and chat herself? Did she see me busy with my product design and stock counting and long to be useful herself?

…it struck me with a bang that irrespective of her age, she would never completely grow up and away. She would cling on to Mummy to give her a sense of security, and however unfair, she would draw her happiness and her anger from Mummy…

This child had been born into the world all right, but unlike others, the umbilical cord was never completely severed, and it struck me with a bang that irrespective of her age, she would never completely grow up and away. She would cling on to Mummy to give her a sense of security, and however unfair, she would draw her happiness and her anger from Mummy; while she adored her father and he was the hero in her life, Mummy was not – because for her Mummy was not a separate person, but an extension of herself. Was I rushing through life and was she desperately trying to keep pace? Thus started the Pygmalion story – the transformation of mother and so, of daughter.

I tried to set small tasks for her, which she could do with minimum help; I bit back suggestions and stopped myself from correcting what she was doing. Once she finished, irrespective of whether she had done things perfectly, I would accept the result and lavishly praise her. Slowly, she became receptive to suggestions for improvement when earlier, she would reject anything I had to say. 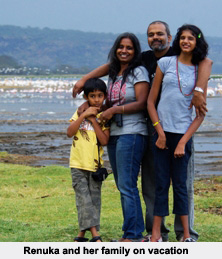 I involved her in my work – and soon had a willing helper to count things, label products and help with packing. We all like to be useful and she was no different! Niharika likes cooking and cleaning, so I started her off on helping in the kitchen. Soon, she was making Maggi noodles with the only outside help being lighting the gas. My little girl was growing up!

The transformation goes on; there are days when we both slip back into our old confrontational roles, but on the whole, mother and daughter are better friends and easier on each other. Being Niharika’s mother has re-defined achievement in a way which nothing else has ever done. It has given me perspective, mellowed me down to being more tolerant of faults and less disparaging of weaknesses. It has, in the final analysis, made me a better mother to my son.

Unlike any other state in life, becoming a parent is a scarily irreversible step – and being a parent of a child with special needs is even more special; it catapults the ordinary human being into a reluctant superman. It assumes a level of selflessness, patience and understanding in otherwise un-remarkable men and women; it is, often, the test of fire through which parents emerge as stronger and better people.

There are days when I long to run off into my childless past – but on the whole, I look at my children and count my blessings; I feel a huge sense of pride when Niharika, with her slightly inarticulate speech, is able to explain what she wants to the salesgirl in a shop, or when she comes down the ramp at the theatre on her own even if her gait is slightly unbalanced.

When I had such a special child, I had no right to think I was a victim. Most importantly, I wanted to make sure that Niharika did not grow up thinking she was one.

When she is able to identify a car on the road, say which of our friends owns the same make, and read the number plate, the joy is as much as when my son achieves an academic high point in his school. Just like my super-bright son, my daughter never ceases to amaze – and both are special in their own ways. I deleted the recordings – they had served their purpose. When I had such a special child, I had no right to think I was a victim. Most importantly, I wanted to make sure that Niharika did not grow up thinking she was one.

Happiness comes from within is an old adage, and with no one else is it so true as with special people like Niharika. My hope for her is that she finds that wonderful source of joy which makes the difference between mere existence and LIFE.

About The Author Renuka Menon, apart from being mother to Niharika (age 15) and Ayush (age 10) is a Chartered Accountant by profession and runs a small accounting firm along with close friend and partner Manohari. Two years ago, she started a Web based Resource directory called Possibilities Unlimited which aims to list people and organizations all over India who work in the space of special needs.Renuka and Manohar also run an initiative "Special World" which markets products made by people with special needs.

The Importance Of Nurturing Relationships