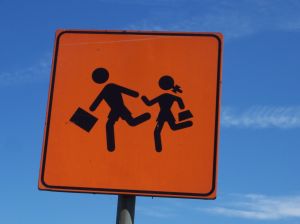 Today, Indian moms hear about different educational philosophies such as Montessori, Waldorf, Reggio and others. This article is an attempt to provide a brief snapshot of these three philosophies. (It is not a comprehensive write up of everything about all the alternative educational systems for young children or a comparison chart between the different approaches to education.)

Before we get talking about the above-mentioned philosophies, some things common to all these philosophies are:

(1) Just like mainstream schools, all alternative schools in India are affiliated with a board such as CBSE/Matric/State/ICSE. This means that your child has to take the X and XII exams through one of these boards. All alternative schools start transitioning to the board prescribed syllabus and test taking methods at some point of time.

(2) Irrespective of what the philosophy is, they must be viewed as a ‘way of life’ rather than merely a teaching method.

(3) All these philosophies believe that education must be non-competitive and non-threatening. So tests, exams and grades are conspicuously absent till a certain age. Children are taught through modeling and not mere preaching.

(4) Children need ‘realistic’ feedback for their work. So generic feedback such as ‘good job’ is considered empty.

(5) Children must do their work driven by their curiosity and not for external rewards.

(6) You might fall head over heels in love with an educational philosophy, but remember that any philosophy is only as good as the teacher in the classroom implementing the philosophy.

(7) Indian moms must pick a school where they thoroughly understand how children are taught and can visualize their child in such a learning environment.

This philosophy was proposed by Dr. Maria Montessori in Rome and is about one hundred years old. In a Montessori classroom, teacher = guide, topics taught = lessons, activities the children do = jobs/work and learning aids = material. Montessori believes that at around 3 to 4 years, (otherwise called as the absorbent mind), a child’s neural patterns are set. So, the cut off age for a child to enter a Montessori school is around 2.5 – 3 years.

Montessori is characterized by mixed age classrooms, with children grouped by stage and not age. It is not uncommon to find children aged 3 – 6 in the same classroom, with the same guide for three years. Some of the core values of Montessori philosophy are letting the child show readiness to introduce new lessons, encouraging the child to be independent, a well ordered environment, respect for nature, grace and courtesy. In a Montessori classroom, the environment is considered the main teacher with adults guiding the child from one lesson to another.

…core values of Montessori philosophy are letting the child show readiness to introduce new lessons, encouraging the child to be independent, a well ordered environment, respect for nature, grace and courtesy.

Instead of subjects like English, Math, Language, a Montessori classroom has interlinked areas – practical life area, sensorial area, language area, cultural area and math area. Though a typical Montessori classroom is a big hall with 50 – 55 children of mixed age, the children magically segregate themselves into age appropriate areas.

Montessori believes in logic and what cannot be explained through simple logic is not taught to young children. This is why Montessori encourages imaginary play but not fantasy play.

The Waldorf philosophy was proposed by Rudolf Steiner and the first Waldorf school was started in Germany in the early 1900s.There is a strong emphasis on nature appreciation and spirituality in Waldorf classrooms. All the things in a Waldorf classroom are constructed out of non-man-made materials. Through every song, the children are made aware of the deep spiritual connection between elements in the universe.

Waldorf believes that one does not give a child a finished product to play with. A toy is only 50 percent of the process of playing; the rest is the child’s imagination. The dolls in the classroom do not have facial features, making it easy for the child to create any character he/she wants. Also, what the doll is today, it is not tomorrow. This teaches children that every object can be used in multiple ways.

Waldorf takes into account the will, physical development, mental development and cognition of the child. It believes that questions are a healthy indication of the child’s curiosity. A senior Waldorf teacher once told me, “Instead of giving the child 7+1 =?, which teaches the child that there can be one answer to any question and that their primary role is to come up with answers, we give them 8 and ask them to arrive at 8. The children come up with 8 = 7+1, 8 = 9-1, 8 = 4*2, 8 = 8/1 and many, many more, which are all true.”

Print of any kind, alphabets, reading, writing, numbers and books are not introduced till the age of 7. Till 7, play is considered to be a child’s work. Children do activities such as beeswax modeling, sewing, painting, nature walks and paper folding which strengthen not just their hands and fingers, but also brain. So, when the actual process of reading and writing is introduced, their learning curve is very steep.

Instead of having multiple subjects in a day, like in a traditional school, children are offered main lesson blocks. Each block is about 6 weeks long and has a good chunk of the salient features that needs to be covered in that year’s curriculum. Every class in the main lesson block is roughly 90 minutes to 2 hours long. This gives children the opportunity to establish through understanding without having to switch gears every 55 minutes.

The teacher moves with the children, that is, the children have the same class teacher from grade 1 to 8. The degree of bonding between the teacher and her wards is very high. Visual and performing arts are given as much importance as subjects such as math and science.

Post World War II, in a war ravaged Italy, in the small town of Villa Cella, several miles from Reggio Emilia, the municipality came into possession of ₤800,000 from the sale of material and horses left behind by retreating Germans. The women of Villa Cella strongly believed that public schools must be promoted and that from now on their children must be educated differently from the conventional nursery school system. Thus, they built ‘The April 25th School’, named in honour of the day of liberation. Inspired by this, Loris Malaguzzi, the visionary of Reggio played a key role in the development of Reggio Emilia schools.

The core values of Reggio Emilia are:

Teachers or parents or children choose the projects themselves, based on curiosity or social concern. For example, if the children choose the book Pinocchio, they read it multiple times, get into discussions and extend the book by art, puppet shows, drama and wood-working. The emphasis is on making the project ‘long-term’ with connections to real life and past learning.

The classroom has corners or ateliers, each being a space for a special activity. For example, the kitchen corner would have common ingredients and utensils used in any kitchen in that part of the world. The children are allowed to watch adults cooking and they are directly involved in lunch, thus creating a connection to food, health, nutrition and cultural values.

Children are naturally competent, strong and have rights (not just needs).

Care is taken to make sure that the classroom is not just beautiful, but highly personal. Children are encouraged to bring in memorabilia from home or from a vacation and these personal items are displayed, hence validating and respecting the child.

The teachers value the special spaces that surround the school and this value is passed on to the children as well. Children are taken on field trips to local markets to visit landmarks and to explore neighbourhoods. This helps children to get in touch with the personal history of their town.

The teachers in Reggio are expected to have the capacity for wearing many hats. They are trained to encourage and foster the multiple ideas children come up with. They have to be authors, scientists, mathematicians, advocates, cooks, actors, photographers and some one who thinks ahead of time.

In India, there have been great thinkers like J.Krishnamurti and Aurobindo who have pioneered the KFI schools and Auroville schools, which share the same core values such as learning hands-on through multiple intelligences, non-competitive, non-threatening and stress-free education.