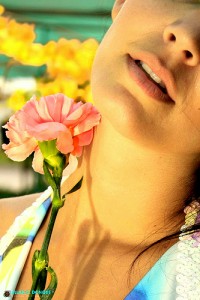 How often have you read a book that is unapologetic about female sexuality? 5 such books which depict women taking charge of their sexuality.

Here are the five books which I have chosen – well make that four books and one short story. All these, to me, are books which show female sexuality, in a manner that might have been considered radical for the times they were written in, but are unequivocally strong voices that speak of women as sexual beings, not necessarily in relation to men.

The Millennium Trilogy by Stieg Larsson 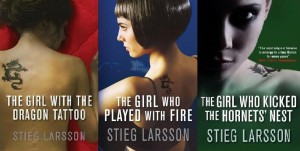 In the first novel of the Millennium Trilogy series, the author introduces us to Lisbeth Salander, one of the most powerful female protagonists one has read in a long while. A computer hacker and  survivor of a horrifying childhood that includes sexual abuse, Lisbeth is depicted as the prototypal avenging angel—downright brutal at times in her methods. She cannot be termed beautiful, by conventional standards.

Lisbeth Salander is openly bi-sexual. She has an on-off relationship with Miriam Wu as well as a romance with investigative journalist Mikael Blomkvist. She seems adolescent in terms of her physical appearance, but this is juxtaposed with her sexual confidence and unconflicted acceptance of her bisexuality. She is fiercely androgynous, in a departure from norm, and her refusal to be categorized, is what makes her such a compelling character. 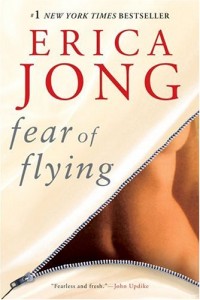 The title is also a euphemism for her inability to let herself go and do exactly what she pleases. The narrative has her accompanying her psychiatrist husband to a psychoanalytic congress in Vienna, where she meets an analyst. He seduces her into running off with him for a jaunt across Europe, switching partners, sleeping at campsites, all the while dipping in where her life is right now and the past that has led her here.

Her willingness to admit her frustration at being trapped in a sexually unfulfilled marriage, to act upon her sexual desires, to risk her marriage for a casual affair and her constant questioning of herself, is what makes Isadora such a believable and lovable character. 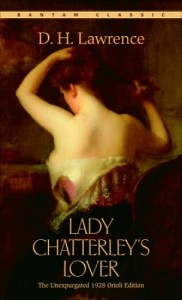 Published back in 1928, this book caused a storm. As a consequence, it needed to be privately printed in Italy, with the unexpurgated version available in the UK only as late as 1960. The story is about the sexual relationship between a working class man and an upper class woman, with explicit descriptions of sex and the use of what is now commonplace, but back then quite scandalous, words.

The protagonist of the story, Lady Constance Chatterley, is married to a man who is paralysed waist down due to a war injury. The marriage is obviously, devoid of sex. She then gets into an affair with her gamekeeper, Oliver Mellors.

With class differences as the primary theme of the book, in addition to the importance of mind over body, the book traces Connie’s realization that sex isn’t a shameful act, and the body has its passions which must be accepted. The book also gave rise to what neuro-psychoanalyst Mark Blechner identifies as the “Lady Chatterley phenomenon” which states that the same sexual act, affects people in different ways, depending upon their subjectivity.

Lihaaf (The Quilt) by Ismat Chughtai 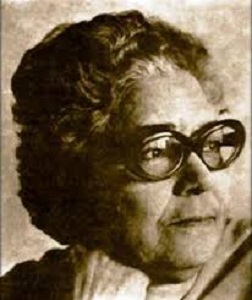 This short story by Ismat Chughtai in Urdu was revolutionary for its time, speaking as it did about a lesbian relationship between a privileged Muslim lady (who was married to a reputable elderly gentleman, with, as it is hinted, no sexual interest in her, but rather in a procession of slender waisted young men), and her masseuse.

The undertones of repression, longing and sexual fulfilment at any cost come through clearly, despite the strict code of the zenana where women aren’t allowed any contact with the opposite sex, and therefore must turn to each other for sexual fulfilment.

The story was reflective of the era it spoke about, where subjugation by the male was commonplace, as is evident from this excerpt: “After marrying Begum Jan and installing her in the house along with the furniture, the Nawab Sahib totally forgot her presence, leaving the frail young Begum to pine in loneliness.”

Begum Jan’s mysterious itch which no doctor seemed to be able to cure, and her need to be constantly massaged by Rabbu reflect her need for human contact which then develops into a sexual relationship – conducted under the ‘lihaf’ or the quilt. In fact, so radical was the story for its times that a court case was filed against Chughtai on the premise of the story being obscene, although there are no graphic sexual descriptions in the story itself, with the relationship between the Begum and her masseuse being hinted at.

My Secret Garden by Nancy Friday 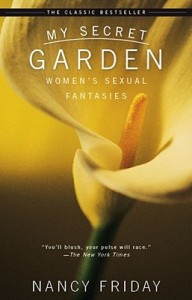 This would have to be the coming of age book most girls would not admit to. Published in 1973, the book is non-fiction, written for an audience of 20 to 40 year old white, heterosexual females and is basically a compilation of female sexual fantasies.

The genesis for the book came about from a novel in which the author had included a female sexual fantasy which her publisher rejected. While Friday shelved the idea at that point, from it she conceptualized the idea of a book that collected sexual fantasies from actual women. The revolutionary thing about it, at the time it was published, was that it sought to demolish the myth that women don’t have fantasies, and if, by chance they do, it is because they aren’t sexually satisfied.

My Secret Garden allowed women to admit, whether to themselves or to others around them, that they did have sexual fantasies and that they were not alone in doing so.

Sex Education For Children Made Easy With Help From Books