Women! Our Bodies Deserve To Be Honoured, Not Shamed!

Tamil actor Manjima Mohan was trolled for gaining weight when she posted her wedding pics on social media. Another Tamil actor was removed from a series as she had acne. Enough!

“She has a perfect jawline.”

“Her face looks ugly with all those scars!”

I noticed an advertisement for intimate area skin lightening targeted on my Instagram. I also received a promotional message asking me to “look my best” and book a free consultation with an aesthetician.

The unrelenting pressure to ‘look beautiful’

The pressure has been real this festive season with advertisements targeted to women telling them to ‘look beautiful’.

I’ve had issues with acne and facial hair for a while now. I’ve been told to try multiple treatments or creams by salespeople. They instantly look at my acne, point at it, and ask me if I’d like to try their products. Consequently, I had cripplingly low self-esteem. Somehow I was forced to believe beauty is being ‘perfect’. And the standard for my ‘perfect’ was the advertisements and actresses I saw on TV. The first thing a stylist said as I entered a beauty parlor was that I had gained weight.

Not having flawless skin made me insecure. And the people around me pointing it out made it worse.

I also remember when someone asked me why I had hair on my face that made me look like a man. I felt embarrassed and ashamed. Unfortunately, people do not know the reality. Women with excessive (coarse) facial hair could have a hormonal imbalance, hirsutism, or other red flags, and not always about ‘looks’!

Why don’t we get used to the fact that women actually have facial and body hair? Anyone can! And what anyone does with their body is their choice!

How the media portrays skin care and forces people to buy their products does not help. It is funny how advertisements promote waxing strips by showing flawless and hairless skin. The same way fairness creams were to make a fair-skinned woman with smooth skin even light-skinned. And suddenly, she becomes famous and loses all her insecurity.

No woman is spared

The ideal standard for women is a perfect and flawless body, which leaves no one alone.

A Tamil actor Manjima Mohan, recently got married. Instead of being congratulated, she was fat-shamed and trolled for gaining weight when she posted her pictures on social media. One of the comments on her Instagram post read, “Looking like aunty, not as a bride, please reduce weight.” And guess what? The handle belongs to a fellow woman. And another said, “One day, you are going to burst.”

A Tamil serial, Pandian Stores, canceled an actor because of her facial acne. She was given a few months for it to get better, but the makeup for her shoot only increased it. The team decided to replace her with another actor due to her acne problem.

Actress Samantha was trolled for how she looked. They gabbed about how she is “not recognizable” after her alleged surgery. Since when did the public decide what she should do with her body?

These are just a few examples. Every day millions of Indian women are humiliated and degraded due to their looks. Women, our bodies deserve to be honored, not shamed!

Regrettably, most children in India are raised with a level of body stigma. It is a social and cultural phenomenon. Being thinner, for instance, is often synonymous with being deserving and happier. Unfortunately, we do not enforce boundaries in families. And everyone gets to comment about each others’ bodies. A girl is taught from a young age to have flawless skin and be skinny to get a ‘suitable’ groom or to be considered for marriage.

The body shaming can become a vicious cycle

It may be detrimental to the self-esteem to comment on someone’s physical appearance, including weight. These remarks are unnecessary and sometimes more hurtful than helpful. They support the false idea that our worth is determined solely by our outward appearance. An individual is more than just their looks.

Nobody is exempt from the cultural stresses to appear a particular way. But in any situation, comments about your body are unnecessary. An expectation of your appearance might lead to unreasonable goals that are hard to reach. Even when you know glamorized photographs on social media have been heavily photoshopped or altered, it is simple to compare yourself or others negatively. Anorexia, bulimia, or binge eating are just a few examples of eating disorders from a poor body image. Fat shaming is not new in our society, with obesity equated to being unmotivated to reduce weight.

There’s a difference between body positivity and body neutrality

‘I adore my body completely’, which is the takeaway from body positivity, which might not be realistic as a solution. But have you heard about the concept of body neutrality? It says you can live without worrying about the body, both positively and negatively. It separates aesthetic beauty from personal value, reminding you that your body image has little bearing on your ability to influence the world.

Body neutrality encourages you to embrace your body and reflect on its accomplishments rather than beauty. For example, consider how strong the legs and arms are rather than how ‘huge’ they are. There is a difference between working out because you despise yourself for not having a ‘flawless’ appearance and working out because you want to feel healthier. Most notably, the concept does not want you to beat yourself up if you don’t feel like appreciating any part of yourself on any given day.

Note that body neutrality doesn’t address widespread fatphobia and capture the lived experiences. Instead, it might be more beneficial to think of it as a single point on a spectrum of body acceptance. And most importantly, seek professional help if you are suffering with your body image.

I’d like to end my article with this powerful quote.

“To all the girls that think you’re fat because you’re not a size zero, you’re the beautiful one. It’s society who’s ugly.” ~ Marilyn Monroe

Mirali Borde is a budding writer trying to make it in this world. read more... 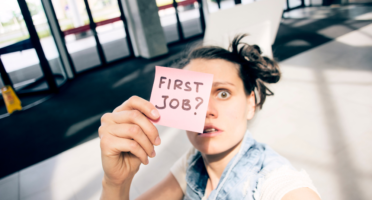 6 Career Mistakes To Avoid For Those Applying For Internship; My Personal Learnings! Let's Stop Glorifying Toxic 'Family Values' That Destroy The Happiness Of Our Children! 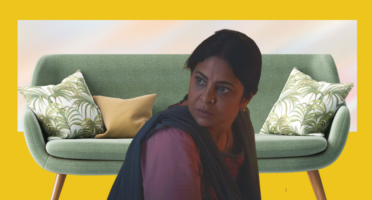 Does A Woman Who Cleans The Office Have The Option To Speak Up? 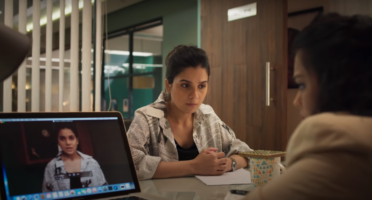 Hustle Culture Is Draining Your Energy, Have You Tried Procrastination? 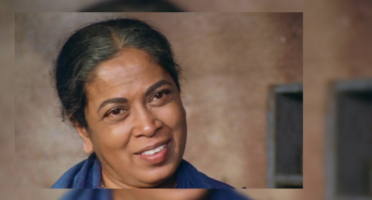