Fighting Colourism:”As She Is Dark-Skinned, They Will Ask For A Hefty Dowry!”

“Although my daughter is smart and kind-hearted, I am worried about her marriage as she is dark-skinned,” this statement by a mother reflects the depth to which colourism exists in our patriarchal society.

A girl’s life is entangled in the roots of patriarchy in such a way that our society’s obsession with fair skin is imposed on her throughout. Families, even today, mourn the birth of a girl child and if she is dark, their grief knows no bound. They are not as much worried about her education and career as much as they dread finding a groom for their daughter.

“As she is dark-skinned, we will have to face several difficulties in finding her a match. Even if we will manage to find one, they will ask for a hefty dowry,” worries Manju Devi, a resident of Charson village in Bageshwar district in Uttarakhand and a mother of 18- year-old Anjali.

The obsession with fair skin is not new. Colourism in India has a deep-rooted history that has penetrated deeply into our mindset. The notions of caste, class and culture can be considered as one set of reasons behind this discrimination.

People belonging to higher caste were considered to have lighter skin tone, and they were the ones who were better placed in political hierarchy as well. Rulers who invaded and ruled our country, including the British, had lighter skin tones. Strength thus started to seem invariably connected to fair skin. Even though we gained independence from our last rulers 75 years ago, the colonial hangover in the form of fair-skin fetish still dominates our country.

Although stigmatizing dark-skinned people are found across urban-rural boundaries, in the last decade, there has been a constant debate around colourism in urban spaces – people have started questioning the practices be it in everyday lives, matrimonial and marketing advertisements or movies.

People have also found support among each other on social media to challenge ‘colour-shaming’. Rural areas, however, have been left behind in this debate.

Kallo, Kalu, Kuwa! What more do girls with dark skin have to hear?

In Charson village, the practice of colour based discrimination has become a part of villager’s lives. A dark-skinned girl child, since her birth, would be called Kallo, Kalu, Kavli, Kauwa – all symbolic to the colour black.

As they start understanding the meaning of these slurs, they start questioning their identity – in addition to patriarchal and cultural norms that discriminate against them, they have to listen to taunts about their skin colour almost every day.

This regular attack on their confidence is clearly visible in their body language. While some girls have been made to silently accept their fate that they are not ‘worth it’, some, despite their struggle, are fighting back.

Twenty-two-year old Shabnam Tulla, who was born and brought up in Charson village, had a tough childhood due to her skin colour.

“Ever since I started going to school, everyone started calling me ‘Kauwa’ (crow). One day, I revolted. I asked my family, friends, and neighbours to stop using that slur for me. They discarded my revolt, saying that this name was given to me out of ‘love’. Depression, constant fear and shame had become a part of my life,” shared Shabnam.

Everyone believed that her skin colour would not allow her to have a good life. “I wanted to change that notion. I decided to work hard and ensure I have a good education and a career so that no one gets a chance to discriminate against me based on my colour. With very limited resources at hand, it was a tough task,” informed Shabnam who is currently working as a nurse in Jaipur, Rajasthan.

Her education, career and financial independence supported her to break free from the shackles of colourism. “I have stopped reacting to people. I have grown out of the villagers’ mentality and have started to believe that I am more than my skin tone. There was a time when it affected my mental health and I cried every single day. Not any more,” added Shabnam fiercely.

In Charson, like any other part of the country, the burden of possessing a darker skin tone goes beyond an individual suffering. The parents are also constantly reminded of the liability they face as a result of having a dark-skinned daughter.

“Although I do believe that the beauty lies in the human behaviour, but constant mocking from others about how I look makes me question myself. It’s a constant struggle to not lose confidence and accept myself,” expressed Anju, another teenager from the village.

Most people don’t realize how the ingrained bias towards lighter skin leads to discrimination. To get a fairer skin, girls and women are told, usually by other women, to use remedies. This makes them believe that something is wrong with them.

A paper on India and Colourism, also states that, “Indians show apparent ignorance about the practise of exclusion and discrimination based on the skin tone of a person, although it is a deep-rooted problematic practise embraced by both the oppressor and the victim.”

Children learn about colour based discrimination at a very young age

There is a dire need to work with families and children to address such attitudes. It is important to create awareness in rural areas and start questioning these age-old practices. Girls who have been suffering at the hands of colourism should have access to counselling and mediation.

The fact that girls are made to prove their worth for having a dark-skin reflects how terribly wrong our society is towards young girls and women.

The article was first published in the Grassroots Magazine. 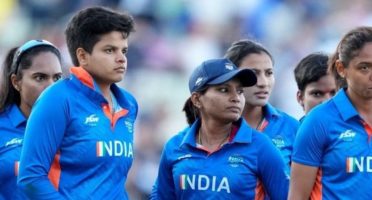 No Sports Facilities For Our Girls In Villages Even As Indian Women's Team Wins! 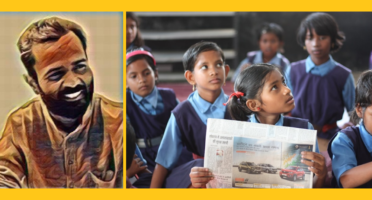 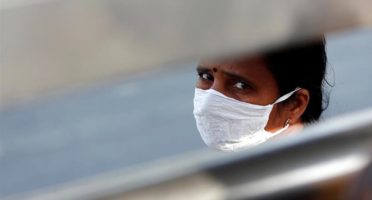 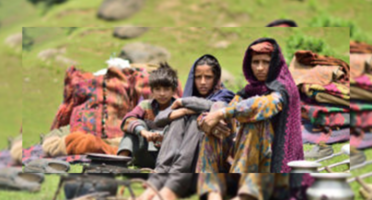 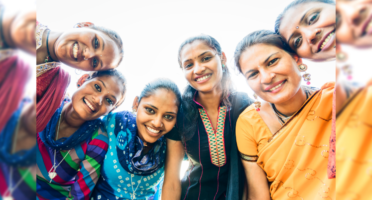 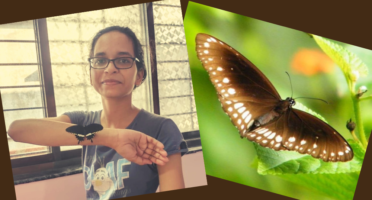