6 Years After Pink, Society Still Has Many Lessons To Learn

Pink, the gripping courtroom drama, highlights the patriarchal bigotry and double standards of our society. For starters, a woman’s character is not defined by where she’s headed to when the clock strikes nine, the time she sets foot inside her home!

Directed by Aniruddha Roy Chowdhury and produced by Shoojit Sircar, ‘PINK’ revolves around the lives of 21st-century modern-day working Indian women who are independent, bold and defying.

Although trigger warnings are obligatory, Pink is a powerful film that needs to be seen by all, irrespective of age or sex because it not only stands tall against women’s exploitation and gender inequality but also sledgehammers all those archaic assumptions we’ve conceived about a woman’s demeanour.

This gripping courtroom drama highlights the patriarchal bigotry and double standards of our society.

For starters, a woman’s character is NOT defined by where she’s headed to when the clock strikes nine, the time she sets foot inside her home, her past encounters and relationships, her low hemline and ripped jeans or if she indulges in intoxication or not.

Stop stereotyping women based on your prejudices, and don’t have different rules of code and conduct laid aside for your sister and another woman.

Just because she’s entitled to make the same choices as an independent man, you cannot be addressing her as ‘loose,’ characterless or with any other derogatory term.

And with the pretext of getting laid, don’t offer her a drink or pay for dinner because:

“Agar ladkiyan ladkon ke saath dinner ya drinks pe jaati hai to ye unki apni choice hoti hai, available hone ka sign board nahi banke jaati.”  [If girls have dinner and drinks with boys, that’s their choice and not a signal that they are available for hook-ups.]

Above all, I admire how the film eloquently establishes the message that when a woman says no, it’s not a concealed yes, and she means no!

As pointed out by the girls’ sole legal ally, played by Bachchan saab:

[“No is not a word, it is a complete sentence. And it needs no further explanation or elaboration. The only meaning of No, is NO. My client said ‘no,’ your honour, and these boys must realize, ‘no,’ means no, irrespective of who is the speaker — a girl you know, a friend, girlfriend,  sex-worker, or wife. No means no and when someone says so, you stop!”]

We have to raise our boys better

We as a society have to try really hard, more than ever before, to raise better boys. Not only that, but we have to teach them to respect girls and women as humans with their own minds and are not objects that cater to their demands and egos.

Lastly, I’d like to end by quoting Mr. Sehgal, a retired lawyer, again. He said:

Image Source: From the trailer of the film, edited on CanvaPro

MEDICINE | FREELANCE WRITER & PERFORMATIVE POET. Want to read more of my writings? Here's where you could find them - https://muckrack.com/saachi-shetty. And oh, it's @thesaachii on Instagram and Twitter! read more... 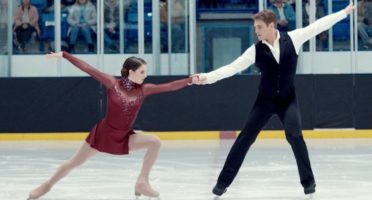