I Asked Him To Take A U- Turn, But Because He Is A Man, He Ignored Me!

Ria firmly spoke, in a little authoritative tone, “I know the alternate route very well as I drive on those roads. Let us take the U-turn, or we will be stuck here for long.”

Ria would drive almost 25 km to the workshop from her house and would pick up her friends from their homes on the way. They all had enrolled for a four-day workshop.

Ria was thorough with the roads in the capital city. As she used to drive since before the GPS days and had a sense of directions and knack of registering the landmarks.

On the last day of the workshop, Ria slipped at home and twisted her ankle. So she decided to book a cab and pick up her friends on the way.

She called her friends to inform the same and one of them suggested that she will check with her husband if he could drop them.

“Though, we are new to the capital city,” said her friend, who had moved to the city just a couple of months back.

“Don’t worry, I will tell the directions. Better still, will go by cab, why to bother your husband?” Ria suggested, as she always preferred to have hassle-free independent mobility.

“No, it’s okay. You have been taking us every day. I don’t know driving, but I will ask him to drop us. You reach to my place by cab.” And with that she disconnected the phone.

“Aaah, I might as well reach the workshop!” Ria thought to herself, as her friend’s house was halfway through the distance from her house to the place where workshops were held, hence she used to pick them all on her way to workshop.

“But this will make her happy, So be it.” Ria thought and wrapped a crepe bandage around her ankle and wore flat and open footwear.

She reached her friend’s place and saw the other two friends were already there, as they all lived nearby.

“Oh! This thought never struck me! I kept picking each one of them from their house!” Ria thought for a moment and shook off the thought immediately.

“Hey, dear Ria, how are you?”  Rashmi approached her and said, “When Anu called me in the morning and told that today her husband would be dropping us, so I thought, why to bother him to pick me and Nishi from our homes, so we reached here and enjoying coffee, come join us!”

Ria felt a little uneasy. If it was her awkward walk because of the sprain in her ankle or something else, she was still contemplating.

The backseat is uncomfortable

After a while they were on the road. Anu was at the front seat as her husband was driving, while Ria, Rashmi and Nishi were sitting behind.

On the way they found traffic jam and all the vehicles were taking U-turn.

“What happened?” Anu wondered out loud and looked at her husband, who was visibly frustrated.

“Must be some VIP movement,” Ria answered nonchalantly.

“How to reach? Got to find another way!” Her husband asked in confusion and with slight irritation in his voice.

“Arre, don’t worry. I know the alternate route. Just turn around, and we will go from inner ring road.” Ria spoke in an assured tone.

“Anu, open the GPS.” Anu’s husband told her, almost in an ordering tone.

“Why it is taking you so long?” Her husband tried to suppress his frustration.

“It is not opening!” Anu replied, who had become anxious due to constant honking of other cars.

“That must be because of the jammers due to VIP movement.”

Anu looked at her husband, who was trying to call his friend to ask for the alternate directions and was not able to make a call.

“Anu, take out the city road map from the dashboard.” Her husband told her in a commanding tone that made her do that immediately, laughing sheepishly.

Now Ria firmly spoke, in a little authoritative tone, “I know the alternate route very well as I drive on those roads. Let us take the U-turn, or we will be stuck here for long.”

Ears that were plugged with sexism

Though she knew, it was like her words were falling on deaf ears.

Since the turning traffic was swelling and a traffic cop signalled to take a turn, Anu’s husband took a turn and reached the circle from where they were supposed to head towards the inner ring road.

“Try calling Amit, hope we are out of jammer zone,” He told Anu, while he was manoeuvring through the traffic.

Anu promptly tried to dial Amit, but before that gave an explanation to Ria
“Amit is a close friend of my husband who is from this city only, so is familiar with —”

“—Arre make a call first, talk later.” interrupted her husband in a tone that the other two women sitting next to Ria signalled Anu to first listen to her husband.

Ria shook her head and saw outside. She wondered whether to pity on each one of them for not acknowledging her knowledge of the route, or sulk for getting stuck with them.

“Put him on the speaker.” Anu’s husband demanded.

Which she promptly did and narrated the situation.

“Go on the inner ring road following state hospital directions, and then ask someone over there. I am also driving, can’t take your calls.” Replied Amit and disconnected the call.

“Was I speaking in French?” Ria murmured, and Rashmi squeezed her hand and signalled her to be quiet.

“What Rashmi?” Ria spoke loudly. “Why are you shushing me?” Then she directly addressed to Anu’s husband.

“Neeraj, if you want to save the time, keep driving ahead until you see the flyover, get on it and then follow the left to reach our destination and if you still have doubt, you may ask or refer the GPS but kindly drop me at that Auto stand on your left.”

There was an awkward silence in the car.

The car followed the left on the flyover.
And soon they were at the destination.

Image Source: A and N Photography, free on CanvaPro 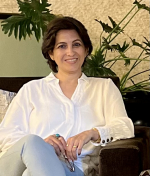 I was born in 1972 in Lucknow. Graduated in Maths, did diploma in computers in 1992 from Holkar Science College, Indore. Traveled to Delhi for job. Worked as a computer instructor. Lived in different parts read more... 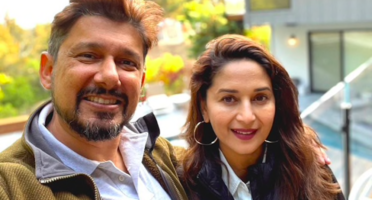 Madhuri Dixit Nene: What Is Wrong About Her Husband Following Her To India?