15 Highest Paid Female Athletes In The World In 2022

15 highest paid female athletes: from winning championships to bagging lucrative endorsements with world-famous brands! Read about the earnings of the world's top 15 female athletes of 2022.

[ As the year 2022 heads towards its final stretch, we have a list of 15 highest paid female athletes of this year, including a bonus name. ]

It’s a man’s world, yet women constantly contradict this statement through their actions and deeds. Especially in the world of women’s sports, there are a lot of concerns like lack of facilities, inequality in salaries, poor working conditions, and lack of media attention. Despite this, a group of women have beaten all the odds. From winning championships to bagging lucrative endorsements with world-famous brands, I was surprised to read about the earnings of the world’s top 15 highest-paid female athletes.

Read on to know if your favourite sports personality features in this list. Naomi Osaka is a tennis player who hails from Japan. A four grand slam single title’s winner, the Women’s Tennis Association ranks Osaka as world No.1. Her 57. 3 million as pre-tax earnings make her the highest-paid female athlete in the world.

Osaka’s earnings come from the endorsements she has done for some of the most popular global brands, including Louis Vuitton, Tag Heuer and Sweetgreen. 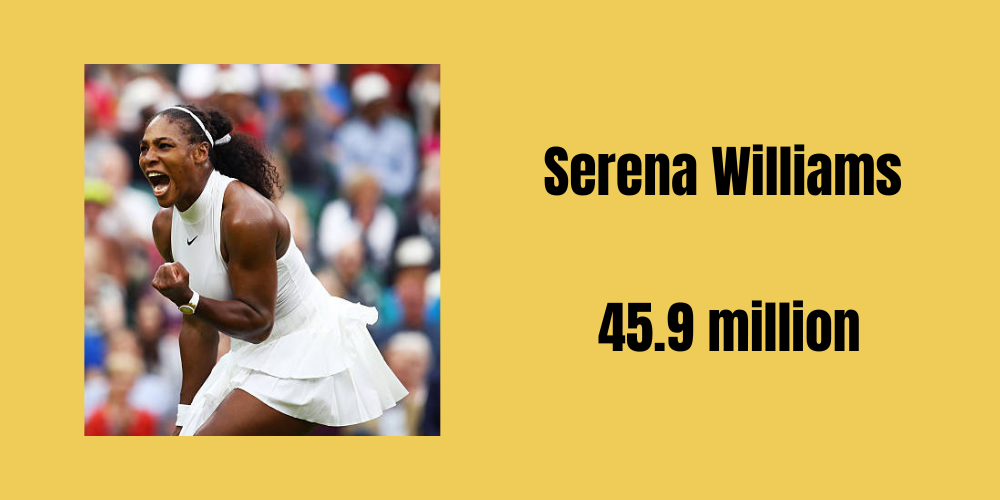 Williams is one of the highest-paid female athletes in the world, with a whopping 23 grand slam singles titles to her credit. The 40-year-old American professional tennis player has participated in six WTA tournaments and ranks 41st in the women’s rankings.

Yet, she continues to draw huge earnings by collaborating with some of the biggest brands in the world, like Nike, Gatorade etc. Unlike her sister Serena, Venus isn’t playing her best game of tennis now, but she still continues to represent various brands. She owns a clothing line named EleVen, which has cooperated with K-Swiss.

She also has a side hustle that involves making appearances and giving keynote talks. 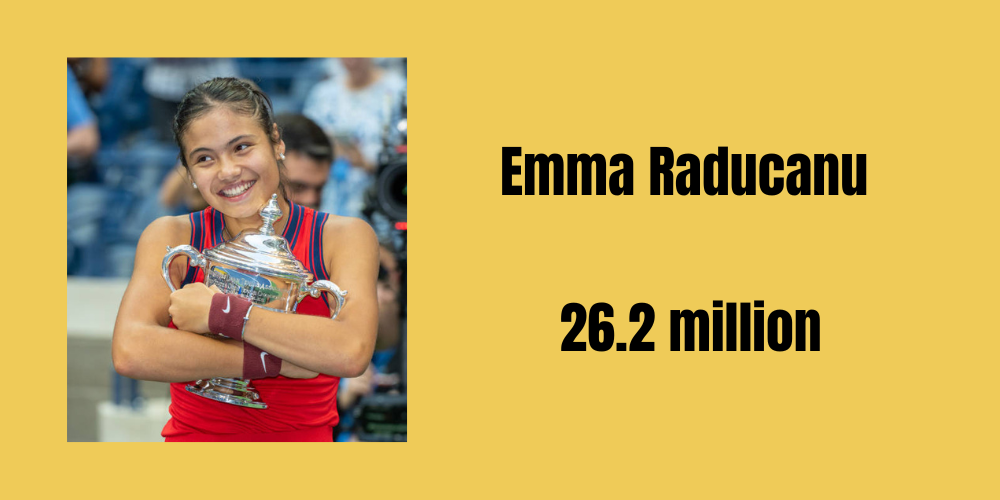 Emma Raducanu turns 20 soon, and she arrived in New York only last year to play in the US Open Qualifying tournament. Yet she stunned everyone by becoming the first qualifier in the open era to clinch a Grand Slam.

Her heritage, personality, and phenomenal performance have made her a favourite among the brands. She has made multiple billion-dollar agreements with HSBC, British Airways, Christian Dior, Porche etc. Gu, at the age of 18, became the youngest Olympic champion in freestyle skiing to win three medals in one Olympics. She partnered with nearly 20 brands leading up to the Olympics, with her face finding its way to the billboards at the Olympics. She continues to work with many brands like Bank of China, Cadillac, Victoria’s Secret and more. 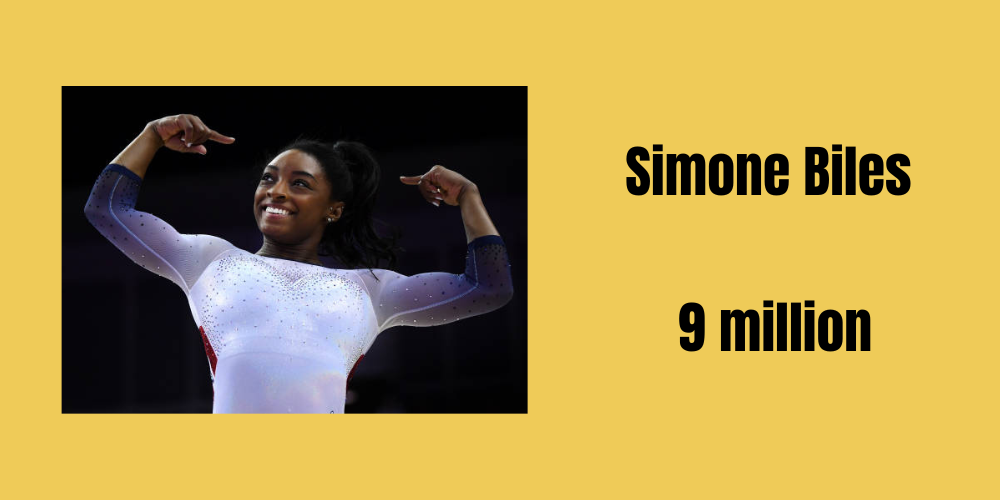 Despite returning with a bronze at the Tokyo Olympics, Simone Biles is still a name to reckon with in the world of gymnastics. Her motto of relentless perseverance continues to attract brands.

As a champion for mental health, she has joined the mental health firm cerebral as their chief impact officer. She continues collaborating with renowned brands like Autograph, Athleta, Powerade, Subway and Wheaties. 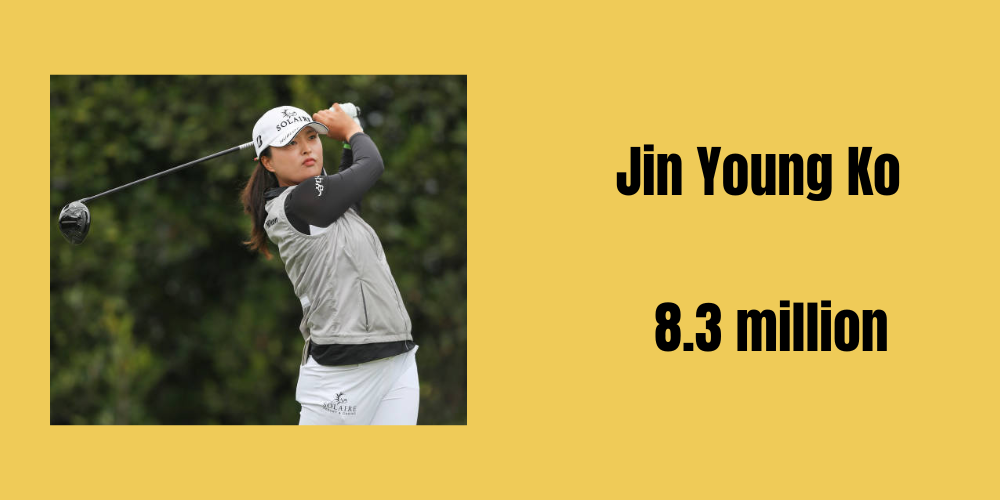 This lady golfer from South Korea won the 2021 LPGA player of the year and CME Group tour championship, which had a prize of 1.5million, one of the highest in women’s golf. She has endorsement deals with LG electronics, Adidas, Nikon and Korean Air. 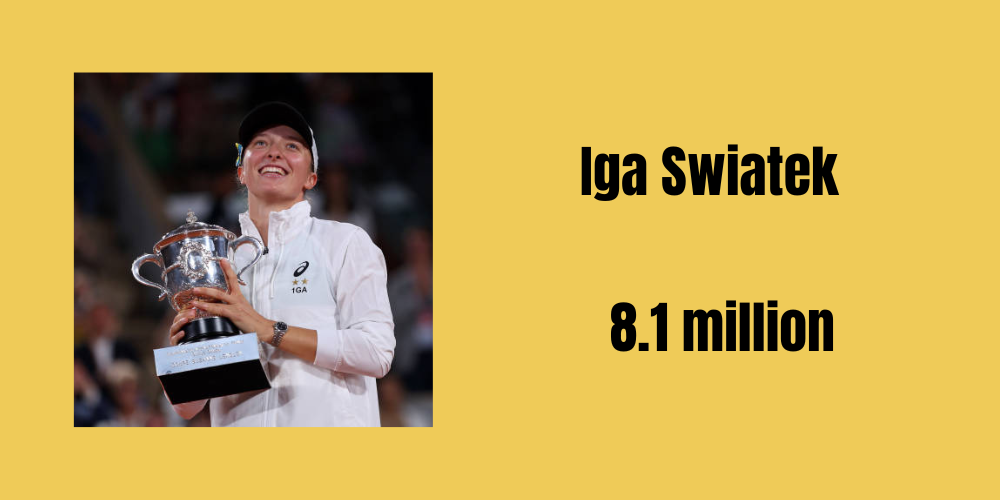 Swiatek’s earnings have soared since she won the French Open and US Open Titles. Along with the 9.4 million prize money, she also earns a tidy sum through her brand collaborations with Asics, Rolex, Red Bull, Lexus and Tecnifibre.

Being the world’s no.1 player, she is also eligible for lucrative year-end bonuses. 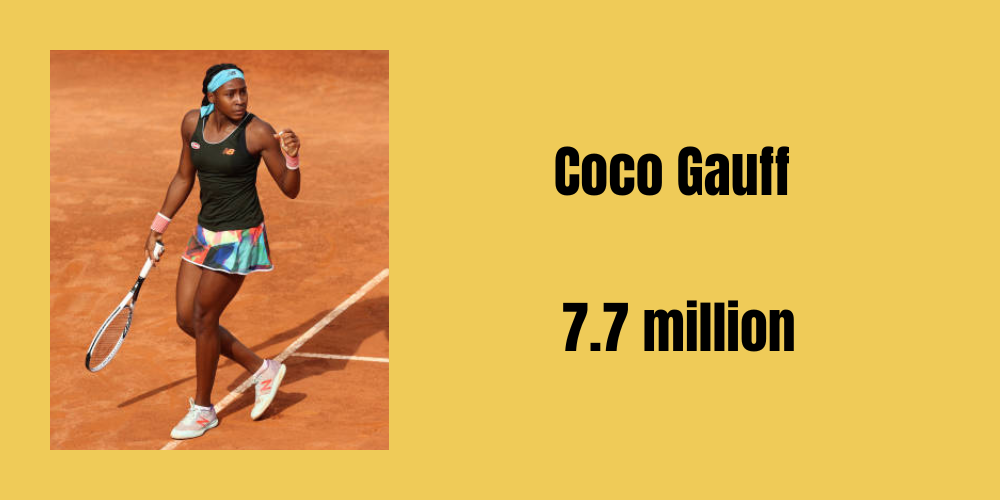 Coco Gauff, at the age of 18, is already being hailed as the heir apparent to Serena Williams’s throne. Her breakthrough performance at the French Open this year, where she reached the finals of both the singles and doubles events, had everyone sit up and take notice.

She has attracted some big brands, as is evident with the endorsement deal, she has bagged with sportswear manufacturer New Balance and tennis equipment manufacturer Head. Ashleigh shocked the world when she decided to retire at the age of 25 when she was at the peak of her tennis game and was only two months short of winning the Australian Open in her home country.

Barty has earned prize money of more than 21 million for 47 matches played in various tournaments. She had signed contracts with luxury brands like Jaguar, Rado and Esmi. 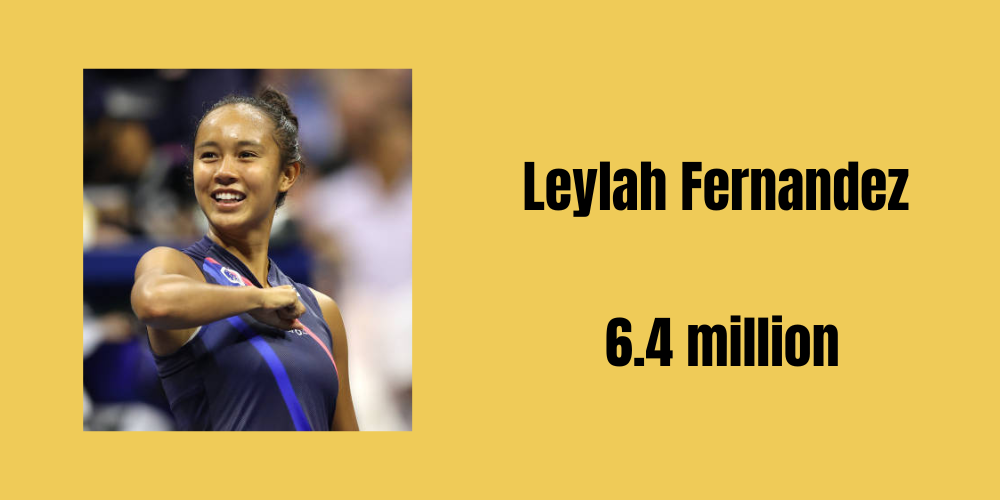 Fernandez cemented her name in tennis history after she beat three top five players, including Osaka. Lululemon, a technical athletic apparel company, has partnered with Leylah to make its entry into the tennis world. She has also signed endorsement deals with brands like Morgan Stanley, Subway, Google and Gatorade. 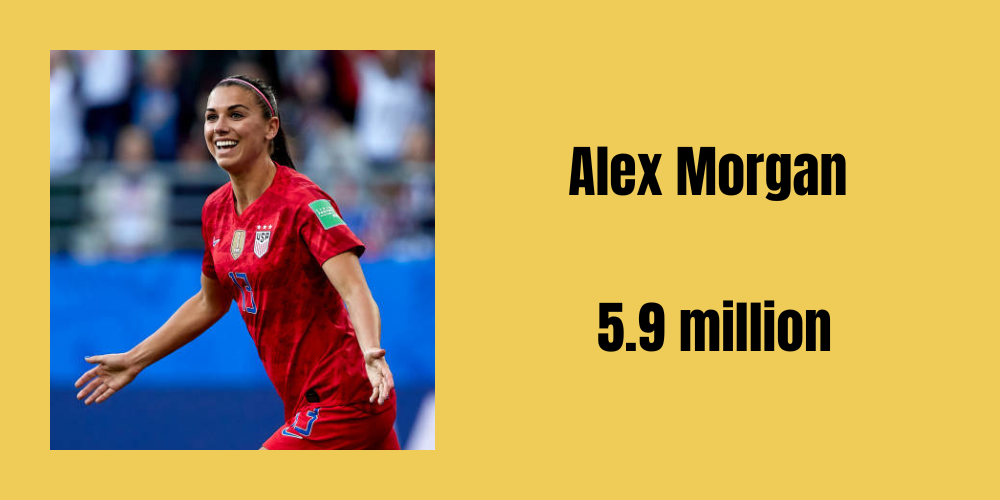 Alexandra Morgan is an American professional soccer player who won the 2022 NWSL Golden Boot as the league’s top scorer with an impressive score of 15 goals. 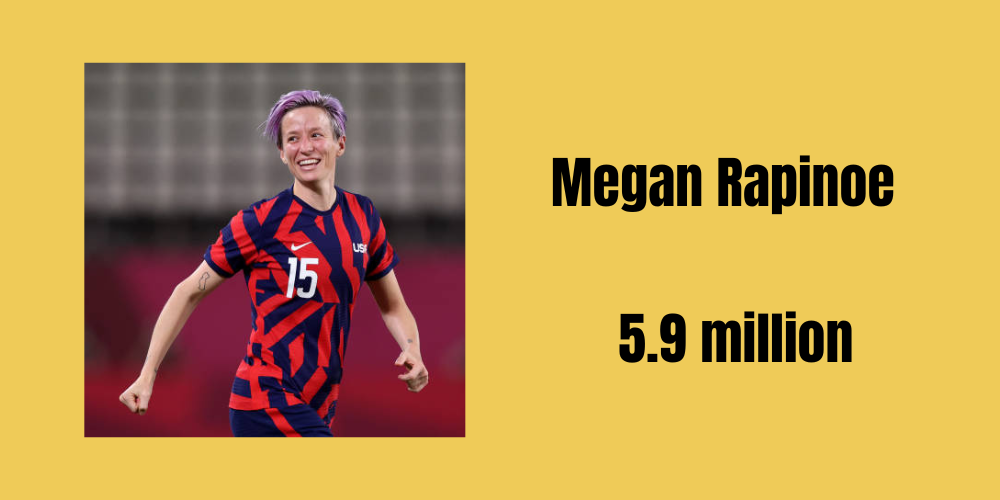 Megan Rapinoe is also an American professional soccer player whose earnings are on par with Alex Morgan. However, the source of their earnings varies.

While Morgan earns primarily through endorsements, Rapinoe is a sought-after speaker and brand consultant. Joe Biden also awarded her the Presidential Medal of Freedom. 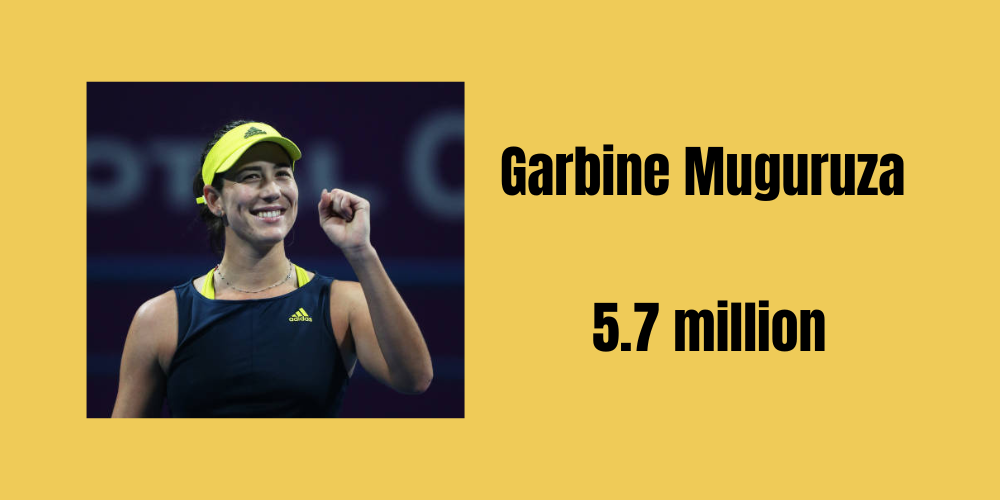 Garbine Muguruza is a Spanish Venezuelan professional tennis player. Despite a drop in her rankings, her deals with brands like Adidas, Babolat, Beats, Jaguar, and Nivea remain intact.

She is also an investor in the tequila brand Casa Del Sol, founded by actress Eva Longoria. Her earnings come from the prize money from winning tournaments, endorsements, and bonuses received from different championships. 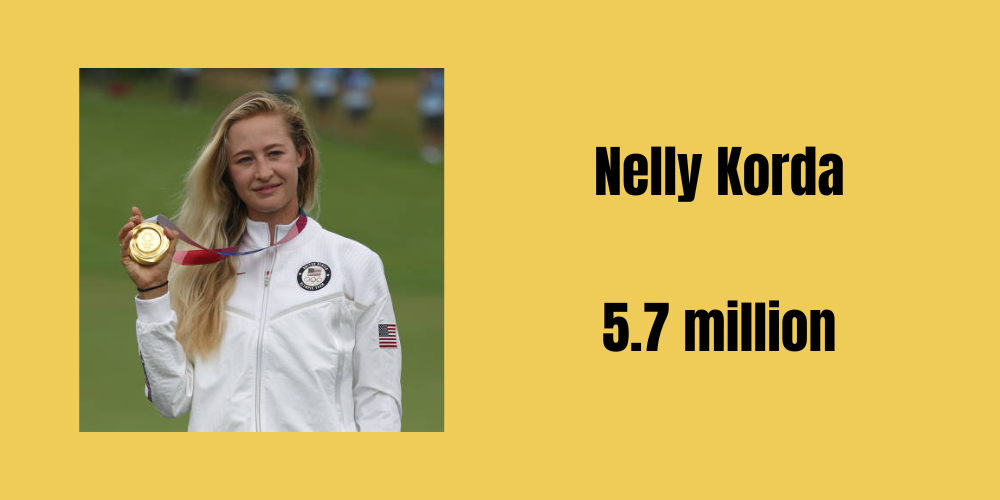 Nelly Korda is an American professional golfer who plays on the LPGA tour, where she has won seven times and secured the number 1 position in the women’s world golf rankings.

She has more than a dozen endorsement deals with brands like UKG, Cisco, Franklin Templeton, Richard Mille, Titleist and Grand Thornton. 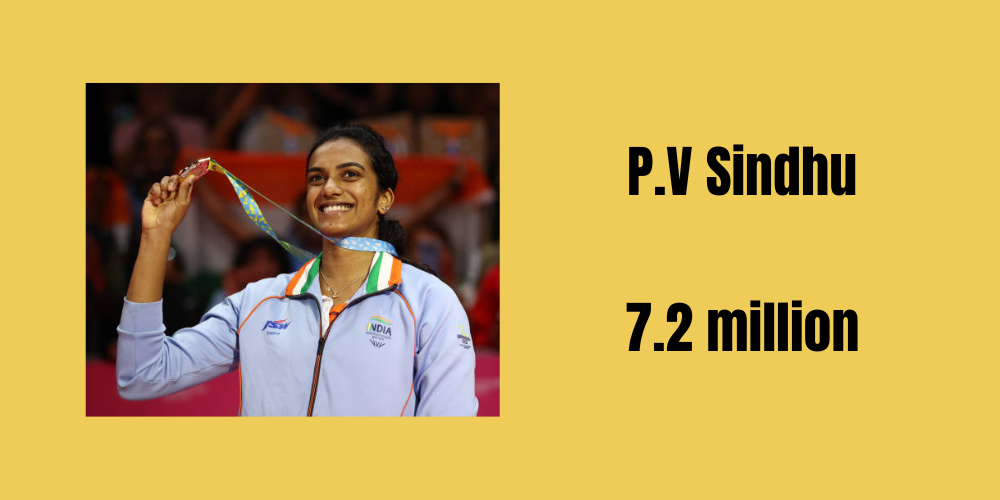 P.V Sindhu has become the most sought female athlete in India. In 2013, she became the first female Indian badminton player to win a single’s medal at the BDF world championship.

Sindhu won gold at the 2019 world championships, which earned her prize money of $500,000. At 27, she has bagged endorsements with leading brands like Bridgestone, JBL, Gatorade, and Panasonic.

She is the only Indian woman to feature in the list of highest-paid women athletes.

The earnings of the highest paid female athletes in the world reflect the total of their bonuses, stipends, and prize money. It also includes annual cash from endorsements, licensing, appearances, memorabilia, and business they have invested in.

There is a definite spike in the money coming into women’s sports. Things have come a long way since the time women had to fight for basic rights like guaranteed compensation and health benefits. I hope this list of 15 highest paid female athletes will help you support the young sportsperson in your home. 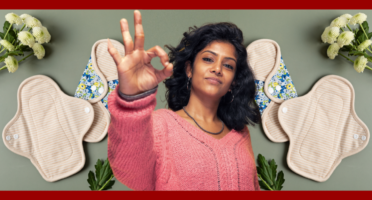 6 Best Reusable Pads In India That Are Pocket Friendly! 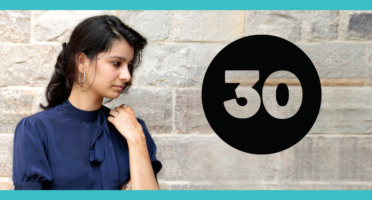 6 Things To Remember Before Career Change At 30! 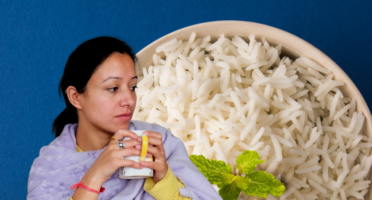 7 Reasons To Debunk 'Rice Is Really Bad For Health' Myth! 18 Best Film Industry Jobs In India For The Creative Souls! 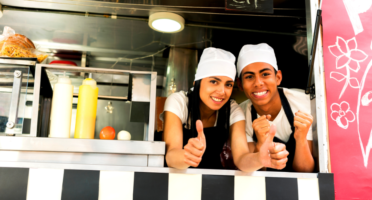 Learn How To Start A Food Truck Business In India 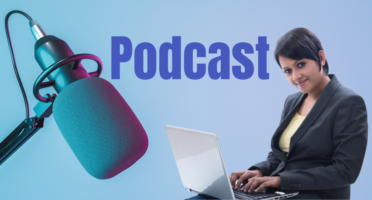 13 Best Entrepreneur Podcasts That Will Help You Achieve Your Goals