Viral Video Shows Former MP Dr Sasikala Being Molested In Public… This Is What All Women Face!

Those of us who have publicly taken on perpetrators like this one know what happens. He will refuse the charge, and the woman might land into greater danger.

Trigger Warning: This speaks of, and has visuals of sexual molestation in public and may be triggering to survivors.

There is a viral video where a man is attempting to touch Dr. Sasikala Pushpa Ramaswamy, a former Member of Parliament, the Vice President of the state unit of her political party and a Mayor of Tutucorin, inappropriately at a public event.

She first tries to push his hands away, but when he continues to invade her personal space, she withdraws into herself, grits her teeth and continues doing what is expected of her. Watch the video.

Though she tries to ignore the incident, her facial expression gives her away- the situation is acutely uncomfortable for her, but she is refraining from creating a scene because she knows it is pointless to do so. 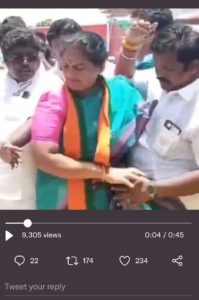 This is a situation which most women are familiar with. The hand that seemingly innocently rests close to your private parts. The solicitousness, which is actually just an excuse to touch you. The hand that is seemingly waved to catch someone else’s attention, but which comes within an inch of your nose. Which of us is not familiar with it?

Yes, it is true that in crowded spaces, people do get tousled a bit, but over time women have come to recognise which touch is inappropriate and which is not- from her expression it was perfectly clear what she thought of this.

Yet, apart from the body language and the expression, the lady remained silent.

She is woman in a position of considerable power. She knew that the cameras were capturing the entire incident. She, presumably, had nothing to fear. Yet, she remained silent.

We all know why she said and did nothing.

Women have been conditioned to not create a scene- good girls grit their teeth and don’t draw attention towards themselves. Women have been taught to ignore straying hands- as if by ignoring, it will go away. Women have been made to feel vaguely guilty about being groped- as if that happened because we did something wrong.

The brainwashing has been so successful that even a woman in a position of considerable power doesn’t have the vocabulary to express her disapproval.

She remained silent, because generations of women have been taught to remain silent. And that silence was used against her.

Silence does not mean we are Ok with it!

This is the first lesson that men should learn. Silence does not necessarily mean assent. Men need to be sensitive to non-verbal cues, and should correct the perpetrator when they see women who appear uncomfortable with certain behaviours.

In this case, unfortunately, Dr. Ramaswamy’s silence was used against her. People defending the perpetrator were quick to point out that she did not say anything. If the touching was unwelcome, they argued, she would have said something. That she seemingly didn’t react seemed to prove that the man did nothing wrong. That it was only the crowd that pushed him towards her.

Women saying that they recognised the set of her jaw, the turning of the body to put the man behind her, the withdrawing into herself, meant nothing to those defending him. If she didn’t like his touch, she would have said something. Since she didn’t, she was okay with it

Listen to the women

This is the second lesson men should learn.

Harassment is not about intent as much as it is about perception. If women say that they are uncomfortable in certain situations, men should accept it, and avoid such situations in future. More importantly, when women as a collective are calling out certain behaviours, instead of defending the intent, men should ensure that they do not perpetrate such behaviour in future. There may be a few women who are genuinely not disturbed by a particular action, but that doesn’t negate the feelings of other women. Each woman has a different boundary, and men should respect them.

“She should not have taken it quietly. She should have slapped him,” some men with good intentions declared.

Coulda- Shoulda-Woulda are all great in principle, but in reality, it will take an extremely brave woman to slap a man who is molesting her in public. Those of us who have publicly taken on perpetrators like this one know the scenario that will play out. He will pretend to be shocked at the accusation and will vehemently state his innocence. None of the spectators will take the side of the woman, and their silence will tacitly empower the man who will be sufficiently emboldened to accuse her of attempting to tarnish his reputation.

If the woman had actually slapped the man, the situation could even have turned hostile and by her act, she might have put herself in danger.

And then there were the comments that said, essentially, men will be men, so women should stay inside homes.

Do not expect the woman to fight back, take your cues from her, and proactively defend her

All well meaning men should internalise this lesson. By telling the woman how they expect her to act, men, in fact, subtly shift some of the blame to them. Which, under the circumstances, is entirely avoidable.

As this incident has shown, women are not safe in crowded places. Men know that the probability of being called out is very low, and even if they are called out, they can use the crowd as an excuse for invading the personal space of women and/ or feeling them up. Women know there is not much they can do to prevent it, so protect themselves in the only way they know- by crossing their hands over their breasts, by wearing backpacks in front, and by using safety pins or other pointy devices to warn men about getting too close.

Women shouldn’t have to do any of that to remain unmolested, and that can happen only if men are more sensitive to the issues that women face, and proactively take their cues from her and call out unacceptable behaviour.

Creating a safer world for women is possible, but only if well intentional men start standing up for women on terms dictated by women. 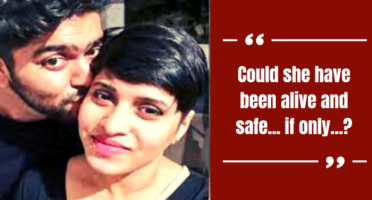 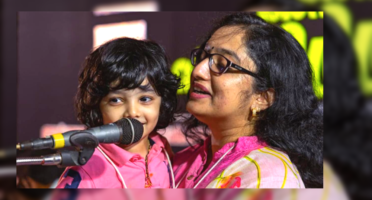 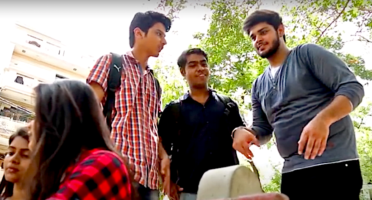 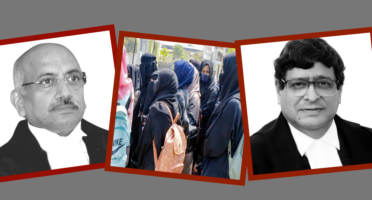 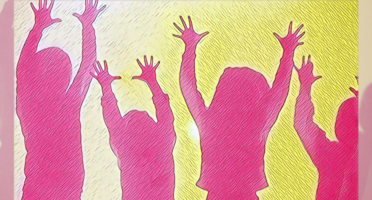