Our Daughters Deserve Better Than What Society Feels Is ‘Good Enough’ For Them!

Discrimination begins from the womb, sometimes even before conception, and likely to be lifelong; daughters are seen as paraya dhan, so parents do not consider them important enough to be taken care of.

India’s girl children are being set up for anemia and malnutrition because of the regressive attitudes surrounding their nutrition. This #NationalNutritionWeek (September 1-7), we take a look at the lifelong repercussions faced when we fail to see girls worthy of equal access to nutritious food.

Gauri and Vijay are siblings who come home ravenous after a tiring day at school in a village in India. Their mother brings them a glass of milk each. Only, Vijay’s glass is full, and Gauri’s is only half full. This is a scene similar to what is shown in one of Kiran Rao’s 10-second short films.

The film has a heartwarming ending. But in real life, this scene repeats itself meal after meal without resolution, leading girl children in India to end up with anaemia and a host of other deficiencies.

Our obsession with a male child is largely unchanged

India’s obsession with the male child is nothing new or unknown. In Ramayana, Dasaratha performed the Putra Kameshti Yagna, which is a special ritual done for the sake of having a son. But one would like to believe that in 2022, Indians are over such preferences. Unfortunately, this is still largely unchanged. NHFS-5 data shows how 80% of surveyed participants still want at least one son in their lifetime.

When such discrimination begins from the womb, and sometimes even before conception, it is likely to carry on throughout the lifetime of the child. Daughters are seen as paraya dhan, so parents do not consider them important enough to be taken care of.

Girls are discriminated against right from infancy

A study of NHFS data shows how breastfeeding duration for infant girls is shorter compared to boys.

Another study conducted by Oxford University shows how by the age of 15, boys are likely to be eating a wider variety of foods than girls. To be more specific, adolescent boys are given preference over girls when it comes to being provided with more expensive food groups that are rich in proteins, vitamins, and other micronutrients that are essential for their healthy development.

How does this discrimination translate in terms of health markers? A whopping 46% of girl children below 15 years were found to be anemic. Over 13% of these were also found to be severely anaemic.

This is extremely concerning as adolescence is the period of most rapid growth next to childhood. The onset of puberty further increases the risk of anemia due to menstrual blood loss. Anaemia during adolescence can have severe effects on both physical and mental capacities. This means that they are also stuck in a cycle of poverty as they are unable to perform in school, limiting their opportunities on an already unfair playing field.

Girls are double marginalised and this prevents access to Govt schemes

The Midday meal scheme, now renamed PM POSHAN was announced to combat this issue, where school children were provided with free lunch, aiming to address this nutritional gap. But if we take a closer look to understand if this is an effective solution, especially for those children from marginalized communities, the answer is no.

The lack of clean sanitation facilities in many public schools often means that girl children are often forced to drop out around adolescence, especially after the onset of puberty. Several of them are also made to discontinue their education and are pulled into domestic work to aid their families financially. It is heartbreaking how a girl child in an already disadvantaged setting is further pushed back, and given even lesser access to resources just because of her gender.

Girls from such impoverished backgrounds also do not have the privilege of choice when it comes to matters like marriage and pregnancy. When this long-term undernourishment is carried over to pregnancy, it carries several risk factors such as premature birth, postpartum hemorrhage, cardiac failure, pre-eclampsia, and several other conditions that can be life-threatening to both the mother and the baby. This also perpetuates an intergenerational cycle of malnourishment as an undernourished mother gives birth to an undernourished baby.

Menopause is another stage where nutrition plays a key role. A diet rich in calcium, magnesium, and vitamin D is important to manage menopausal symptoms that can have a huge bearing on a woman’s health and stamina. How can we expect that these women will be given access to such a diet when they have faced a lifetime of discrimination?

And even as we are looking at how malnutrition from childhood leads to increased maternal mortality and morbidity in these girls in their childbearing age, that isn’t, and shouldn’t be the only thing that bothers us. Because the women these girls become should be more than their wombs, human beings worthy of getting their birthright to good nutrition.

One can only hope to see a day when no girl child is denied access to resources. That is the day when we can truly call our nation independent. Until then, half our female population is still fighting a silent and futile battle against the patriarchal notion that they are undeserving of nutrition. 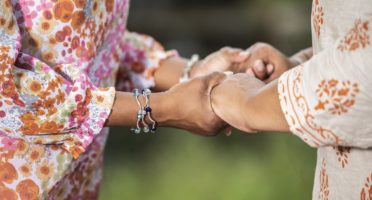 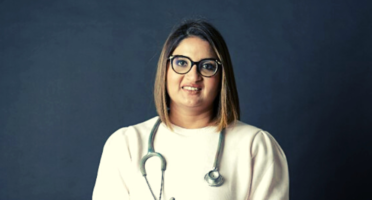 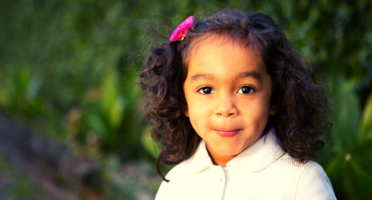 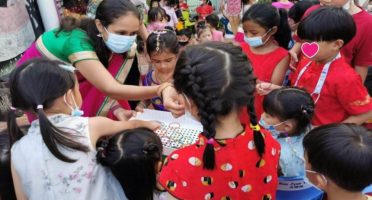 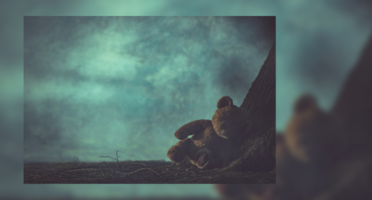