When I started earning, I maintained a recurring deposit in the name of travel budget, which I do to this date. It was through this that I sent my mother her first air tickets.

You must have heard the popular saying, ‘a mother is a daughter’s best friend’! In my case, it’s slightly different as she’s also my best travel buddy!

While growing up, there were so many instances or even to date where we fight or argue just so many times but then, call up the next day as if nothing really happened!

Every time we buy something for ourselves, we buy it in pairs as our choice, likes and dislikes are that much similar! Still, there are many topics wherein we aren’t on the same page every time! But I guess that’s just fine; you need not be a photocopy of your mother.

What’s really important is spending quality time with each other, and we’re doing that to the fullest.

The joy lies in giving others happiness

I remember when I received my first salary, I spent the entire amount on buying a smartphone for her and then, to-and-fro tickets home so that I could explain to her how to use the same.

People found it silly, but for me, it was important to make my mom tech-savvy and social-media friendly. That was back in 2014 and today, she’s a pro; teaching other women of her age how to use the same! I feel so proud when I see her like that.

During my childhood, I used to feel bad for her; juggling between office and home, raising two naughty kids, taking care of a joint family and adjusting to whatever life had thrown her.

Promises of childhood are hard to keep, but not impossible

I guess that was the time when I had thought I’ll do something for her when I grow up; just like any other child thinks.

However, I guess most of us forget with the passing time, busy with our own partners, kids, office, or anything, that there’s someone for whom we promised to do something.

My mother always enjoyed travelling, but to her dismay, she couldn’t get a travel-enthusiast partner. My father already had a lot on his plate; so, whatever was left would go into savings or investments.

Travel was not even on his list. Once in a blue moon, we would go on a so-called family trip, but that also stopped after a few years as my father didn’t like to step out of his comfort zone.

Creating a travel budget was the first step

So, when I started earning, I maintained a recurring deposit in the name of travel budget, which I do to this date. It was through this that I sent my mother her first air tickets.

I called her to the place where I was studying i.e. New Delhi and took her to all the popular tourist destinations, relished local delicacies and created some fond memories together.

In the back of my mind, I was determined to not let her into the kitchen and had, beforehand, learnt some basics of cooking via YouTube. For the first time in my life, I had prepared a meal for her in my hostel room.

She had an expression of pride and contentment on her face. I felt glad!

Working on holidays to travel together was the second step

I used to work even on my day-offs and festivals so that I could take all the leaves and comp-offs together; that’s how I was managing work as well as travel together.

At a time when most of my friends were busy making plans with their partners, I was enjoying my time with my mom! I guess life is like a cycle. At one time, our parents fulfil our wishes and in another half, we must try to do the same!

While most of the time, she had a fair idea about our next trip, there was a moment when I gave her a surprise! The reason behind it was that even I couldn’t believe a train like that even existed!

I asked her to get ready in the middle of the night, saying that we’ll enjoy the delicacies of Chandni Chowk early in the morning. Though she found it a little weird, yet she got ready, considering it a morning exploration.

When we reached Old Delhi Railway Station, what we saw in front of us was truly majestic! For the first time in our life, we were seeing a double-decker train!

Thus, began our journey to the Pink City–Jaipur! Travelling without being accompanied by any male member of the family wasn’t much appreciated back home!

People reacted as if there was no need for us to go to an unknown place like that, but we just ignored them and enjoyed it! We, thus, visited all the tourist destinations like Hawa Mahal, Jal Mahal, City Palace, and Chokhi Dhani, wore & got clicked in traditional wear, enjoyed local delicacies, went shopping from Bapu Bazaar, etc! 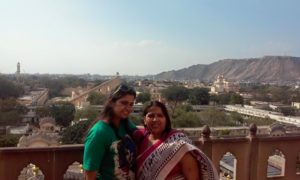 Why should a mother not travel with her married daughter?

A couple of years later, I got married and settled in Pune! I was excited to explore all the new places in and around with her, but she was hesitant. The idea of travelling with a married daughter is different from what she was before tying the nuptial knot!

People believe that they shouldn’t take money from a married daughter!

This concept is so ingrained that it cannot be taken out in one day. I tried convincing her that when she made no difference in her two children, me and my brother, then why, taking money from one is acceptable, and the other is not fair?

Had I been not earning and taking money from my husband to pay for us, then this view was somehow acceptable, but in this case, I earn, and I guess it should be fine!

During her Pune trip, we explored all the tourist destinations of Pune like Shaniwar Wada, Dagdusheth Temple along with the temples of historical significance in and around the city like Shani Shingnapur, Shirdi, Nashik as well as tourist spots like Lonavala, Lavasa, Panchgani, and Mahabaleshwar. 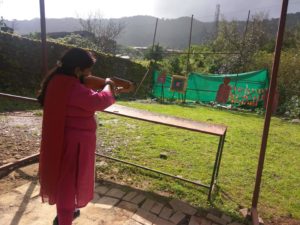 And then Covid-19 happened

Then COVID struck, but that didn’t stop me! I had saved enough!

Soon after the restrictions were lifted, we were on the road again! This time to Haydar’s City or famously called, Hyderabad! This was different from the rest as I was working from home and carried my laptop everywhere!

I worked from the top of Charminar to the hall of Chowmahalla Palace! 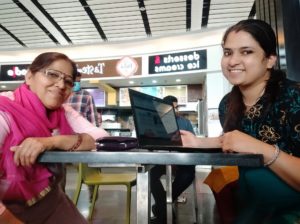 Leaves were not approved, but tickets were booked!

My request for Leaves were rejected, but tickets were confirmed and hence, we set off! Some of the sites we visited include Salar Jung Museum, Hussain Sagar Lake and Buddha Statue, Ramoji Film City, Golconda Fort, etc.

We had the famous drooling Hyderabadi Biryani, got clicked in traditional dresses like Begums, enjoyed the light and sound show of Golconda Fort, went shopping, and brought back a lot of memories!

Now, my mother is slowly ticking off the places she made on her secret wish list, which she couldn’t travel to earlier due to her family responsibilities, work, and children! But then, it’s never too late! 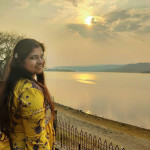 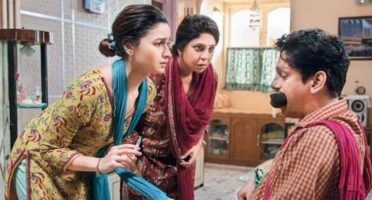 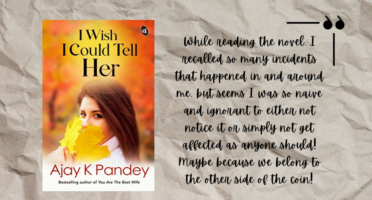 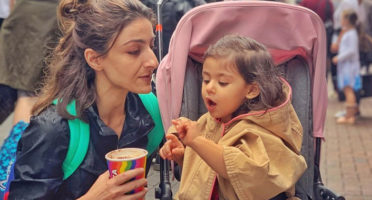