The volatile husband and his macho affirmation

He is a clingy husband who claims to adore his very young, eager-to-please, gullible wife but doesn’t bat an eyelid before throttling her neck, only because the latter failed to remove a couple of miniscule kankars from the cooked rice. Or, when the wife attends a routine meet with a prospective builder, along with the rest of their housing society.

Initially, the wife accepts it all as part of a regular miya-biwi tiff. Especially, since Hamza seems to have mastered the art of kissing and making up, with a lame apology thrown in between, more like an afterthought! Emboldened by his wife’s forgiving nature, he ups his gaslighting tactics and abuse quotient, which result in a broken finger first, and subsequently, a violent termination of his wife’s precious and long-awaited pregnancy! All, for very petty reasons stemming entirely from his own insecurity, job frustration and sense of entitlement.

The questionable sedative as a game changer

Alia Bhatt plays Badrunnisa (Badru, for short), who believes that addressing his alcoholism would be a sure-fire method of solving his temper flare-ups. Obviously, her hopes are built on thin air and fake promises.

The second half sees Badru, along with her mother Shamsu (another brilliant portrayal by Shefali Shah), trying to take revenge in their own unique way. As a first step, they drug the wife-beating husband into complete stupor, tie him up and then discuss their next plan of action.

And that is where I noticed the first red flag. How did a moderately educated mother-daughter duo access a potent sedative? Who prescribed the drug? As a foreshadowing measure, the director shows Badru feigning insomnia at the hospital and requesting the doctor for a sedative. This happens within a day or two of her unfortunate miscarriage.

No qualified medical practitioner would comply with such a request, simply at the behest of a patient. They would carry out an appropriate examination and observation before writing out a prescription or handing over the required pills. Especially in a sensitive case like this where the woman is walking on egg shells, emotionally. Either way, the pills available would be very few in number (And remember, Hamza was being administered double doses of it!). Hence, one could not endlessly cash in on that possibility for one’s own dubious reasons. That sedatives are not OTC drugs, is common knowledge!

The same question crops up when the police arrive at Badru’s doorstep after she files a Missing Person Complaint for Hamza. Badru takes her partner-in-crime, Zulfi, aside and asks if he had given Hamza the ‘injection’ and how many doses of it. How and when did they all turn into self-appointed para-medical personnel who could efficiently administer shots, I wondered?!

The latter half of the movie is taken up by the shenanigans of the goofy trio – Badru, her mother, and Zulfi (an under-utilised Roshan Mathew pulling it off with elan!) – who try hard, first to quieten, and then to eliminate Hamza.  All their efforts are nullified when Badru undergoes a last-minute change of heart and chooses to forgive Hamza, in lieu of her personal space and parting of ways.

The characters make some enjoyable bungling and faux pas. But while those make us smile, we cringe at how something as crucial as domestic violence and cruelty, could stray from its rightful tone of gravitas to that of light-hearted banter!

For instance, when they’re on the verge of getting exposed and imprisoned after Hamza’s disappearance, the trio keep making funny expressions and playing dumb charades. The same applies to the scene where they shift the bundled-up Hamza into the waiting car towards the end. Even their occasional bouts of apprehension and concern look so stage-managed and unbelievable – pretty much like the trajectory of the story.

This is one subject which cannot be treated with kid gloves; a subject, where the proverbial sub-genre of ‘dark comedy’ or bleak amusement does not augur well. Marital violence should be unequivocally condemned and not given a ‘blow hot, blow cold’ treatment. Especially in a society like ours, where women are routinely repressed…where they are still struggling to find their voice…where they still believe that keeping the husband happy at all costs is the most trusted recipe for a successful marriage!

Hamza’s brutality re-surfacing immediately after he is untied and left free on the railway track, carries a sliver of reality – such a monster cannot reform into an angel overnight. But here also, the director opts to play safe – he relegates Hamza’s punishment to the realm of karma or natural justice, instead of letting Badru call the shots or the law of the land take its course. Had Hamza not been neutralised in a freak accident, he would have continued to assail Badru, physically and emotionally.

The firebrand Shefali Shah excels in her role of Shamsu – her non-verbal communication and acting chops shine bright in every frame, especially when Badru stumbles upon the dark truth behind her own Dad’s (Shefali’s abusive husband) death and disappearance, many moons back. Alia, too, does a commendable Badru – sweet, vulnerable and whacky, who chooses to not kill the innate goodness of her soul, even in the most trying circumstances. Vijay Varma excels as the manic Hamza and steals the limelight as a character who the audience would love to hate! Roshan Mathews as Zulfi deserves applause as the quiet accomplice who nurses a secret crush on the much older Shamsu!

The movie ends on a heartening note with Badru enjoying her new-found self-worth, freedom, and financial self-reliance. Though it certainly required a tighter storyline and a more stringent treatment, Darlings still manages to make for an engaging watch, primarily because of the winning performances by the lead actors.

Urmi Chakravorty is a military spouse and former senior school/PU educator, who has imbibed lasting life lessons from both her roles. A hands-on mom and avid reader, she loves to explore the fascinating read more... Why Does A Woman Always Have To Submit Herself To A Litmus Test In The Indian Marriage? 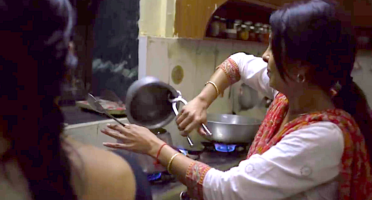 If She Hadn't Tested COVID Positive, Would She Ever Have Got A Break From The Daily Drudgery Of Work & Home? 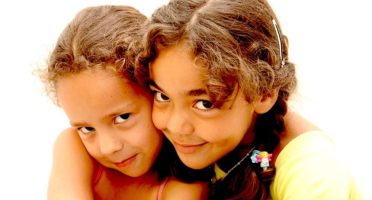 She Was Gone, But Had Left A New Direction For Hope After Her... 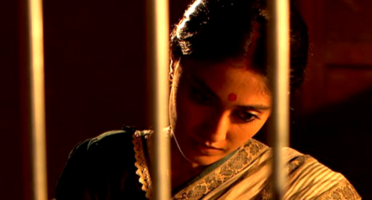 The Bridges To Her Past Lay Broken And She Had No Intention Of Mending Them... 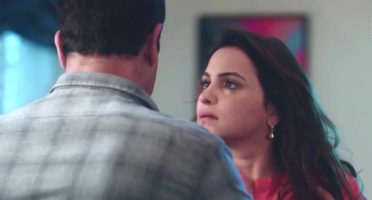 Most Marriages Happen Between Strangers 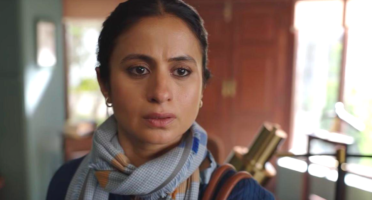 "Come Back? Where I Was Treated Like Dirt For A Medical Condition I Can't Control?!"