My mother was the first driver in the household. Whispers of shock, awe and surprise had gone around in our middle-class neighbour when my mother first drove in with a red Maruti Suzuki 800.

I finally sold my car, after months of procrastination. My mother was the first driver in the household. Whispers of shock, awe and surprise had gone around in our middle-class neighbour when my mother first drove in with a red Maruti Suzuki 800.

She was the centre of envy and emulation of everyone as she went about learning how to drive and deal with the paperwork. She became the object of admiration as she drove us, including my father, to meet family friends and social occasions.

A learner at heart

I, on the other hand, was extremely frightened of speed and drove around as a ‘learner’ for six months without picking up speed.

In the autumn of 2014 when my brother decided to give me his car as he was going to get himself a bigger one, I wasn’t really excited by the idea as I managed more or less with the public transportation in Delhi and treated the inconveniences like Jane in the jungle [Tarzan ref].

But it was not like I completely ignored the car.  I drove around a bit with a driving instructor for a few days and then took to rolling it about at a snail’s pace in the inner lanes of the locality where I lived, not going beyond the second gear, and then ignored it for days.

An abandoned car it was not

One day after one such roll, I parked the car in front of a house a little far away from my own residence and forgot about it. After a few days, as I passed by the house, I realized that my car was no longer there.

It was a weekend, and I couldn’t take my car out of the station. Finally, on Tuesday, after two days of poring over car documents and writing a letter of appeal, I managed to get my car out.

Even as I rolled out the car slowly into the main road, petrified of the fast-moving traffic, I swore to myself, if there was anyone driving my car in the future, it was me.

I began to take my car to the office from the very next day, albeit in second gear with speed not more than 20 km\h, feeling safer, with the ‘L’ sign on. With the engine shutting down at each red light, my ears would fill with the cacophony of honks as I struggled to rev up the car.

First day behind the wheels is scary

I clearly remember the journey back home from work, on the very first day. I decided to take a detour from the regular route to avoid the rush hour traffic and got stuck in a local weekly market of a not-so-developed locality.

The car was only able to move an inch at every push of the accelerator, and after which I had to immediately push the brake, lest I ran over a hapless chicken or an errant child.

As the days passed, I mastered the brake, the accelerator, the clutch. My engine began to die less frequently at the traffic lights and I graduated from the second gear to the third gear, my maximum speed going up to 40 km\h, which was pretty manageable for Delhi roads.

Soon, the practice of driving and maintaining a car felt like Zen. The ritual of starting the car, changing the gears according to speed, paying attention on the road, while following traffic rules, especially during rush hour.

There were moments I felt I was speaking the special language of the car owning Delhiite, as I gave way to the speeding Toyotas and Swifts by moving from the first lane to the second; giving way to speed, privilege and entitlement as I snuggled into the second lane.

But then that didn’t deter me from taking the highway. Once, on the pretext of seeing the Taj Mahal, a European friend and I, hoped into the car at 4am and hit the Delhi-Agra expressway.

It was then I experienced the high of speed as I drove at almost 100 km\h. I could feel the car humming with life as it flew through the highway. On our way back, we ditched the Expressway and took the regular highway, cherishing every bump and breaker as an excuse to master the clutch, the gear and the brake.

Car is a companion that offers safe space

After that, the car was my friend, companion and protector. My safe space where I let my mind go, all the while keeping my eyes on the road. Dropping my friends home made me feel like their protector and guardian.

The trip to Agra was followed by others. Once, I drove to Pataudi, in Haryana with a friend hoping to catch a glimpse of the palace, little knowing that it was closed to the public.

Later we walked around the small town, got invited to the house of a local woman who was proud to show off her buffalo to us.

The car waited across the road, calm and patient, in the hot afternoon. Later the two of us hoped in and drove to Delhi from the middle of nowhere, safely ensconced in a car.

Another time we drove to Alwar, Rajasthan. We reached the city after a 3-hour drive from Delhi. Eager to see the forts, we found ourselves driving once again towards the outskirts of the city.

The road was completely isolated, covered with tors on both sides. We even saw animal carcasses lying among the loose rocks. Driving slowly a little further, we saw a fort, which turned out to be a heritage hotel.

I still recall struggling a bit as I accelerated the car to climb up the path leading up to the top of the hill leading up to the fort. Once again, it was a spot I wouldn’t have visited if it hadn’t been for the car.

The next day after we descended we could go down to look for another accommodation close to the fort and the day after explore places outside the city, which were inaccessible by normal transportation and then drive back at our own pace back to Delhi.

Of course, that is not the end of my adventures with my car. Each day was a new discovery and realization of myself as I grew up and navigated my life with my car. Now a new adventure awaits. Why Do I Need An Escort? An Angry, Unapologetic Feminist Poet Asks! 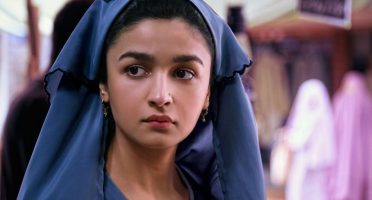