Why Should A Woman Leave Her Home After Marriage?

What if I ask you to leave your loving parents forever and live with someone else your entire life, in their home, with their parents?

What if I ask you to leave your loving parents forever and live with someone else your entire life, in their home, with their parents? This is a complicated yet simple question with two different answers.

The first answer comes from the privileged gender of our society, men, who feel that this is something they would never choose to do unless their parents are toxic to them, and they are interested in living with someone else’s parents. The other answer comes from the other gender who is considered weak by many, “women”.

According to women, this is either something they have accepted as fate or something that they will be forced to do. The two opinions by two genders are very different, although we don’t find them unusual. We often say that we have reached the peak level of gender equality in this society and that now women’s empowerment doesn’t make sense anymore.

But I, as a 21-year-old woman, from a privileged home with all the basic facilities and rights, am writing this article with all the decisions that society never gave me the opportunity to freely make. I want to ask you a question, “Do you really feel that one gender changing their homes after marriage and the other having the choice to stay with their parents or wife alone, is equality?”

What is gender equality?

According to the State Government of Victoria (2018), “Gender equality is when people of all genders have equal rights, responsibilities and opportunities.” When we talk about equality, it’s not just about getting equal education or job opportunities, or splitting up the bill, but it’s also about having the choice and opportunity to make big decisions in one’s own life without always adjusting to societal norms.

When I was researching the laws regarding the freedom of choice to live with parents after marriage, I found various articles with unsurprisingly funny yet sad headlines. An article by India Today stated, “Supreme Court allows married woman to stay with parents”. Now you might be wondering what is funny and sad in this headline; it is the word “allows”, and here comes the systematic inequality of genders that we, as citizens of this country, always fail to notice.

If you think one gender being allowed by the government to make a basic life decision is equality, then I might disappoint you that it is not.

When a woman is married, she is never asked if she wants to live with her own parents after the marriage. In fact, asking such a question in our country is highly inappropriate and violates social norms. This question might even make critical women reconsider the decision to marry. Therefore, asking such a woke question in a highly conservative society is considered inappropriate.

Today, I challenge you to ask this question to all the women who will marry in the future, including those who are already married. Ask them, “Do you want to live with your parents after marriage and financially support them?” Unsurprisingly, the answer will be “Yes” most of the time. From this question arises another question, are women of our nation “allowed” by the society to financially support their parents after marriage? In most cases, the answer is “NO.” They are not even allowed to think about this. This is the conditioning done by patriarchy to all women, no matter how open-minded or outspoken they are.

Although our society is highly cultural and supports movies like “Baghban”, where the sons are not very kind to the parents. But when it comes to the parents of a woman, we fail to consider them. Is it because the love between a parent and daughter is less as compared to a parent and son, or is it because we, as a society, are conditioned to control women’s lives by teaching them to sacrifice and adjust for others’ sake? Today, I challenge all of you to think critically and find the right answer that leads to the freedom of choice and equality for all.

Women and the law

As Babasahib Ambedkar has given us the world’s largest constitution with the strongest laws ever, we might have some solution to our problem.

Now, this might make a lot of women truly happy that the constitution of India has not made any law regarding whether women should change their homes or not. On the other hand, the Right to Residence states that women have the right to live in the matrimonial home after marriage, even if the husband dies. I have no problem with the constitution of my country, except that we failed to think outside the cultural box.

The fact that we have a law on the right to reside in our matrimonial home says a lot of things. One of those is that even the constitution sees a woman as a property that can be passed on after marriage. In other words, women are considered ‘Paraya Dhan’ by both Indian culture and the law as well.

According to Rudrani Gupta, an author on women’s empowerment, “There isn’t any directive in the Hindu Marriage Act (HMA), 1955, that a married woman cannot stay at her parental house. She can lawfully stay, if and when she wants to.”

Education doesn’t mean only higher qualifications or a prestigious job with 24 lakhs per annum, but also thinking critically, questioning the norms that are quite weird, and taking action. Therefore, let’s think outside of the cultural box and ask questions that nobody has ever asked. We, as women, have the choice to live life on our own terms. Remember, you have only one life and if you keep sacrificing to meet the norms of society without fulfilling your own expectations, you might fail to live fully, but only merely survive.

Register at Women's Web to get our weekly mailer and never miss out on our events, contests & best reads! Or - get a couple of really cool reads on your phone every day - click here to join our Telegram channel.
genderGender Equalitygender rolesmarriagemarried women 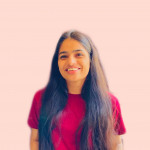