We need more fictional characters like Bhumika, the protagonist of SHE, who doesn’t need men to rescue her from her misfortunes.

The second season of She (2020-2022) seems to be one of the most misunderstood Indian web series. Over the past few weeks, it has been called ‘vulgar’ and has been criticised for the ways in which it failed to create suspense and mystery.

That’s where I wish to add that the creators of She never claimed for it to be a thriller. It is simply the story of a woman and her rise to power. While everyone is free to interpret the series the way they wish to, here are my (very personal) thoughts about why the series works, as a whole:

The protagonist of She, Bhumika, is someone who has been made to feel insecure all her life. Whether it is her sister, her husband, or her superiors at her place of work, everyone makes her doubt her abilities.

She is used as a pawn in a sting operation against a goon and is molested by him in the very first episode. Nonetheless, she learns to stand up for herself despite all odds.

She embraces her sexuality, supports her family financially, outsmarts all the men working with her, helps the prostitutes of Mumbai, and has a survival instinct even the criminals in the series lack.

Furthermore, when one of her male seniors sympathises with her in the last episode, she bluntly asks him to stop and accepts her situation with pride and dignity.

We genuinely need more fictional characters like Bhumika who don’t need men to rescue them from their misfortunes.

Bhumika, like many other women in the world is gaslit by her husband and seniors constantly. Her husband, who has erectile dysfunction, makes her believe that his inability to sexually penetrate her is a result of her “being unattractive and undesirable.”

It must be noted that most non-men in this world (including me) have been told similar things by insecure cis men who think they can redeem themselves in their own eyes, by insulting those who don’t enjoy the same social privileges as them.

Thus, I would say that She does justice to the theme of gendered manipulation and teaches us an important lesson about not allowing predatory men to affect our self-image.

She does not portray women as damsels in distress, but instead gives them agency

Even though Bhumika is able to seduce a criminal like Nayak in the series, she does not allow him to control her. In fact, she is her own person whose plans and thoughts remain unknown to the viewers throughout the second season. Even in the final episode, when she is asked about the side she was on, she responds by saying that she had never thought about anything as seriously as people expected her to.

Somehow, Bhumika’s character arc made me realise that women don’t have to be as adventurous as Rani from Queen (2013) or as disciplined as Vidya from Kahaani (2012) in order to be referred to as strong. They can be carefree and confused about what they want, and can still be their own rescuers.

She is about sisterhood

Whether it is Bhumika beating up her sister’s boyfriend after he raises his hand on her or the prostitutes of Mumbai placing their faith in her, She has numerous instances that highlight the importance of sisterhood. In fact, the last episode in which the women decide to start their own business without the support of Nayak gave me goosebumps.

I feel there couldn’t have been a happier ending for Bhumi because she finds something she never had, but always craved – a community that respects her.

She does not overly glorify Bhumika’s journey from rags to riches. At the same time, it doesn’t propagate any problematic notion about women being untrustworthy. It simply paints an honest picture of what a few women in our country face on a daily basis and how that affects their state of mind.

In other words, we need to understand that a woman who lives in a slum has twice as many struggles as the men living there – they are financially disadvantaged and also face gendered domestic abuse. 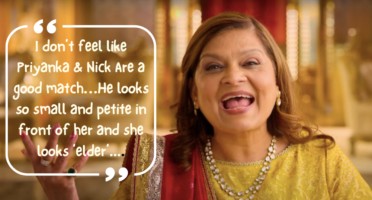 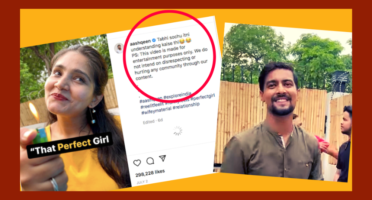