When A Passenger Openly Told My Colleague That ‘You Wear This Uniform To Tempt Customers’!

I've worked as cabin crew for an airline and the way some people stare at us is pathetic. Wearing short clothes doesn't mean we are asking for it.

We live in a world where women are still looked upon in a certain way regardless of what we are wearing. Why is it so easy to judge a woman?

No one bothers looking if a man walks around wearing shorts but if a woman does the same she gets stared at!

As soon as a woman steps out of the house she will get stared at by someone or the other. But don’t people understand how uncomfortable a woman gets when she is being ogled at?

I was wearing jeans and a regular T-shirt once, but still got stared at by a few people including women. It was a big deal for them.

This problem arises when parents start policing what their daughters wear. “You better wear a scarf or a long kurti” they say with concern. They should remember it won’t change the mentality of society, and let their daughters decide what they want rather.

I’ve worked as cabin crew for an airline and the way some people stare at us is pathetic. Wearing short clothes doesn’t mean we are asking for it. One of my crew mates was harassed by a passenger. He openly said the uniform which you people wear is to tempt the customers, which is absolutely not true.

We live in the 21st century, however, some people are still living in the medieval period. No one needs to judge or be bothered by whatever an individual is wearing because everyone deserves to live the life the way they want. Each and everyone needs to understand that our clothes or appearance don’t define our worth. And we do deserve equal respect.

Image source: a still from the film Neerja 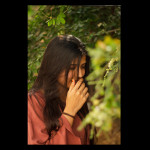 A girl who's more into prioritising herself than others! read more... 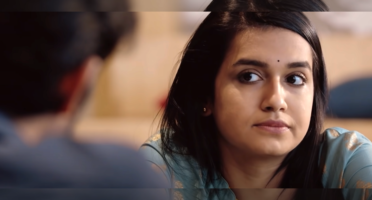