Modern Love Mumbai shows us both women's passion, what they give to themselves and guilt, what society gives women.

Modern love Mumbai comprises of six episodes released on Amazon Prime. Each episode tells a story of love, life, the alienating effects of big cities and their hustle culture. Of women and their choices and socio-cultural restrictions imposed on them, the pressures of building a happy marriage and keeping the family together and how women navigate through the chaos. How women resist such bondages and hold to their autonomy.

There were two elements which connected almost all the female characters and maybe all the female audiences watching, namely, passion and guilt. Passion is what women give to themselves and guilt is what society gives to women trying to practice their passion.

Many times women are put in the back seat of their lives so that the typical structure of a “happy family” can survive, so that the marriage can be kept intact. And unfortunately if still it doesn’t, then it is the women to be blamed.

The other times, women are conditioned in such a manner that they end up blaming themselves for the ills of others. Take four of the six stories of Modern Love Mumbai.

Consider Lali, a Kashmiri woman working as a cook in high end apartments, who takes it upon herself to fix her marriage and begs her husband to come back after he abruptly dumps her. His excuse was –  “Maza nai aa raha” (it is not fun anymore). Lali then finds herself all alone and afraid trying to navigate a big city all by herself.

At first Lali is devastated, thinking that living life without her husband is neither possible nor desirable. But over time, she makes friends with her loneliness and in her solitude starts exploring her passions. She realises she wants to put her talents to better use and puts up a chai stall at night, she learns to face her fears of travelling to places alone and learns to fly like a free bird over busy roads on an old bicycle, she dances her heart out in front of a CCTV camera at night basking in her independence.

Lali slowly starts living life for herself and for her happiness. She finally lets go of her husband, saying to him right to his face that he need not come back when he tries to get back with her.

Dilbar’s decision to move on from her past

She however learns to drop this baggage along with her guilt she felt. She finally comes out of her cocoon to try to build a sweet relationship with this young boy, a relationship of chatting over cups of coffee and the occasional sexual fantasy.

Saiba’s search for a companion

Then comes Saiba, a landscape architect and a single woman in her 30s, brewing with self-doubt and career anxieties. Feeling the pressure to find a partner, she enters the unpredictable world of dating apps to find herself a modern man. Only to find that these seemingly “modern” men are not modern after all.

They want their partners to go on family trips, not to wake up too late, drink a beer or two but a third one is a no-no! There were some men who just would just prefer to chat and but never show up on a date.

She then meets a man who doesn’t like being on social media, a simple guy busy on a work project. He was the type she usually falls for. To her surprise, this man becomes someone around whom Saiba judges herself less and this is where their story begins!

Lastly, Latika dreams of being a successful novelist but is caught between marriage and motherhood. She has writer’s block, unable to finish her novel, she finds it hard to be in the right frame of mind and the peaceful space to let her writing flow. When she discusses these issues with her husband he plainly dismisses them and even blames her for not being able to write.

Amid managing household chores, a stubborn husband, kids and their studies, and the stresses of city life, she begins re-evaluates her choices. Of how it could be “if” she had made other choices in her life and made herself a priority.

The beauty of these stories lies in their realness, in how strongly they connect to the everyday lives of the audience and their struggles, especially women.

Be it the love for a cup of cutting chai, closeness with grandmas, judgments on being gay, the inherent rule of adjustment for women after marriage, feeling of being caught up in the fast-moving city life, the pressure of finding a life partner, these stories connect with us all. We see how love is navigated through all the chaos.

We see how women move forward in their lives and how they unburden themselves of societal pressures to lead a happy life, a life they want to live become the soul of the stories and become the main characters of their lives. 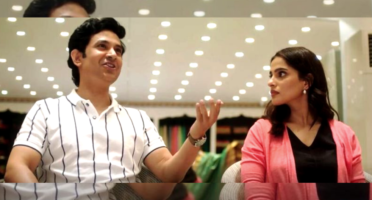 What Is Mansplaining- When Men Explain Things To Me