When I Met Two Celebrities!

He is star-struck. I am watching his face. I boast that I met them earlier. He asks me, "Do you know who that is?"

The year 1987
It was a regular sweltering sunny noon at school. I am playing “catcher catcher” with my “friends” aka other tiny people waiting for their parents to pick them up from the gate. I have plump red cheeks, rumpled hair, and dirt on my short navy blue pinafore. My shoes are scuffed and I have sweat dotting my upper lip.

There is such a lot to do for a six-year-old between the time that the last bell rings and before your parents come to pick you up. You have to simply run around. Duck your head into every classroom you see. Pick flowers that have fallen around. Hunt for ‘ber’ fruit under the huge tree in the compound. Only the “Didi’s” can reach the branches. Root around in the sand for treasure. A shell, a button; anything will do. Discuss cartoons that air every day at 3 pm which is the only entertainment in an all-Arabic channel on TV.

My friends have left one by one. Daddy is late today. I am feeling a cranky fit coming on. Just then a swanky car rolls to a stop in front of me. The passenger door opens and an extremely beautiful ‘Madam’ appears. My mouth hanging open must’ve looked cute to her because she lovingly patted my head as she waited for an older man to join her from the other side.

This man looked ancient but extremely handsome with his cooling glass and all. I thought only my Daddy and Mammooty rocked that look. But this man was next level. He smiles at me as well. An entourage behind them gives them bouquets and ushers them into the school and I’m left again waiting for the ride back home.

Dad finally arrives. I push my bag through the car window before getting in, all the while regaling him with exaggerated versions of how my serious school day transpired. By this time, there is a small crowd that gathers in front of our school’s tiny stage which is visible from the car. The couple is speaking to them. Dad takes one look and he’s out of the car with the engine left running.

He is star-struck. I am watching his face. I boast that I met them earlier. He asks me, “Do you know who that is?” I shake my head.

Though that didn’t make an iota of difference to me then, today I am humbled to recognize that the universe put me in the right place at the right time to cross paths with two veteran actors of Indian cinema. Thank you universe.

A mother of three, guilty of being outspoken and a no nonsense person. read more... 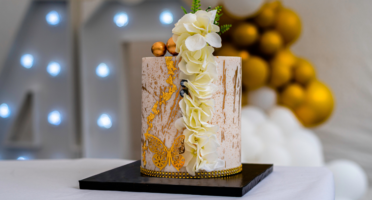 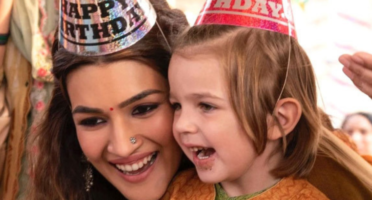