How I Decided To Meet Myself For The Very First Time!

I also realized the bigger truth- our parents and society are not always right. They make mistakes because of which people like us suffer.

I come from a lower-middle-class family, living in a patriarchal society, born and brought up in a small town from where I completed my schooling as well.

I used to be a very sincere and hard-working student. From 6th standard, I used to go cycling to school daily which was 4 km away, and maintained a 100% attendance record for straight 3 years. Many times, my tyre used to get punctured, or I fell ill, still, I took medicine and went cycling to school.

Once, I fell into a ditch, on the day when I was to conduct the assembly in front of the whole school. I burst into tears. I reached school, washed my skirt and my face, gathered my confidence, and narrated the story that I had learned by heart for that day.

Despite all odds, I never failed to go to school. That inculcated discipline, self-dependency, and a never-give-up attitude. I was well praised by my teachers for my virtues. I maintained those throughout my school life.

I clearly remember that I never enjoyed school time in the same manner as my other batchmates did. They came by buses, autos, vans, or with their parents. They didn’t have to face such issues. Whereas, I always had to carry a sense of responsibility, for I was on my own.

Many times I found the situation, after coming back home, to be tense, due to some fight that had happened between my parents. I had seen my parents come a long way, from very humble backgrounds. Married at a very young age, they struggled all by themselves to raise three of us without any family support.

It was due to my mother’s willpower that we were admitted into the most prestigious school in our town. My father had a tough time managing all our fees and house expenses, being the only bread earner of our nuclear family. Our fees were paid on concession. I had seen my mother beg for our fees concession in front of the principal.

All these struggles that I witnessed at such a young age, when my other more privileged friends enjoyed their school life, made me mature beyond my age.

I understood the value of money and hard work at a very young age as went my father’s saying, ‘there is no shortcut to hard work.’ This was the saying that my father followed throughout his life.

“I didn’t even have slippers on my feet while going to college. I used to wear a torn shirt of my elder brother and cover it with a towel on my shoulder.” He would narrate his struggle story sometimes.

All these stories instilled the same virtues in me. Because of this, I could achieve good academic records. But as I grew older, I realized the world was changing, and we also needed to adapt to the changing world.

People had started believing in their passion and interests while choosing careers. On the other hand, we were never motivated to discover and pursue our interests, at least not in our middle-class homes. Society only judged us on our marks and if or not we scored better than our neighbor’s child.

We just followed the herd mentality of choosing science, engineering, medical as our careers. Who cared about our interests and passion? It only dawned upon us when we went out of our comfort zones into the real world, when we started developing our understanding of things going on around the world. We could discover our likes, dislikes from foods to subjects to kinds of people.

This newfound freedom helped me discover myself as an individual.

I realized how empowering it was to know oneself through strings of experiences, mistakes, and experiments. How important it is to learn to live on your own without depending upon anyone. And how crucial it is to choose our career paths wisely in which I already had made a mistake.

I also realized the bigger truth that our parents and society are not always right. They also make mistakes because of which, unfortunately, kids like us have to suffer.

The wave of social media and the internet had bombarded information at our fingertips. We could take better decisions by going through them instead of asking our older generation parents and elders.

There I could see the drift between two generations and the build-up of what we call the ‘generation gap’. This gap escalated at an unprecedented pace. Even the newer generation, a.k.a, the millennials, took time to adapt to it, pardon the older gen.

Careers transitioned into roles that nobody thought of while writing essays on ‘what you aspire to be in your life in schools’. Our education system never prepared us for our future roles. So everyone has to keep on learning even today to grow in their respective career. Self-education has become the new norm.

Now anyone can educate themselves smartly using smartphones running on good internet, without doing the hard work of running a cycle for four kilometers to a school. Which I had done… Living Alone While Exploring A Career Is Tough, But Not Impossible 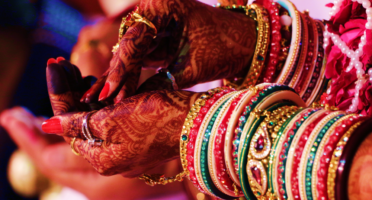 How Dare You Take Off Without Getting Married! One Hair Spa And A Lesson That I Will Never Forget... 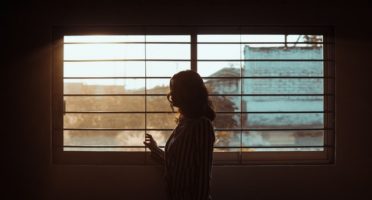 Rebuilding Life After A Scarred Childhood 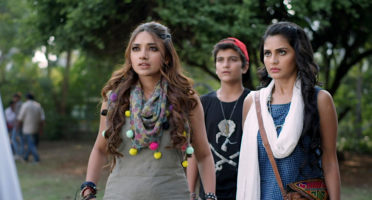 Teach Your Daughters To Fly Instead Of Doubting Their Ability!