Think, Women, Is Marriage Really Necessary? Coz Indian Marriages Benefit Only The Men

And this is what I am truly glad for, that women of today can tell the younger women or their separated/ divorced sisters - you DON'T NEED a man!

And this is what I am truly glad for, that women of today can tell the younger women or their separated/ divorced sisters – you DON’T NEED a man!

Marriage is a patriarchal construct – period.

It was always designed for the unmitigated, unadulterated convenience of – The Cis-het Man.

Especially the Indian man – because no matter, who he has dated/ partnered/ lived in with, when he didn’t have to worry about receding hair line – he could waltz into the arranged marriage, and have the girl’s family lay out a red carpet for him.

Indian women – especially a bahujan woman, like me – are finally getting access to education, jobs, travel, Uber, airbnbs, and the universe in general – that allow her to step out and explore the world. She can finally date and say No. She can finally say – “No, thank you,” to aunties that insist she must settle down.

I say ‘bahujan woman’ here because we haven’t been brought up to care for rules as much as the savarna woman – it’s a sad reality that a savarna woman takes longer to walk out of an oppressive marriage, or to simply NOT think of marriage as aspirational or necessary.

Marriage – the most important thing for women!

I say this because even as a bahujan girl from the 90s, where I very much thought marriage was essential, was abiding and sovereign, I didn’t want to get married at 25 at all. But I saw my tambrahm counterparts walking into it, even at 23! They had no qualms about moving from the mom’s house to the husband’s place, and even back then – I wanted the lone flat or loft, the struggle for rent, the monthly bills, the staying out late, the coming back to the undone kitchen – I wanted the whole mess – the mess of my solitude, before I stepped into marital territory.

In fact I had decided that I wanted marriage at 28 and not even one day earlier than that – and that is also because they told us to have kids before we turned 30 – based on unscientific data from 16th century France, and of course, we had all fallen for it. (And for my generation, I think this was brave already).

The whole construct around it is problematic – everyone swarms to tell you, “get married quickly, because all the good ones will go!” And what are they saying actually? They are saying, run run… Go faster, stand in the queue. The queue is long? Go wait at 2.00 a.m.in the night. RUN. Yes yes drop everything else. Your career, your girls’ trip, your hair appointment – how is that even important? Sleep? How can you even think of sleep?!

That’s what they are telling you. They are telling you that no matter where you are at in life, drop every single thing – and do this. Because apparently the men were worthy, they were the prize – the final curtain down, to your own worthiness, measured by how good looking, well bred, well pedigreed, and well polished, your groom was.

The language that we still use is – What a Catch!! Reminds me of a fishing net. And that is what every half decent girl was expected to do – cast her net, and sit around waiting, for the ‘Catch’ to sashay in and say, “ah you seem okay. Do you cook as well as you clean?”

Have you ever seen a boy/ man being told that? Nope. No earthling/ martian would ever tell a 28 year old boy/cishet man or even a 32 year old that “the good ones will go”. He can take his boys trips, go paragliding in Australia, do the bungee in New Zealand, watch movies like Zindagi Na Milegi Dobara again and again (that cater only to him), and put his feet up on the couch, prise open the beer can and slouch lower to swipe left and right, on his Tinder, at his own, sweet, mellifluous pace.

Then, in my generation – we witnessed another batch of patchwork coalitions – the ones where the arranged marriage ended in 3-4 months/ within 6 months. No prizes for guessing how quickly the man got married the second time.

Do women really need to get married?

While the Woman – this Woman, my lovelies – what does she do? Well, she took her time. She took a break, went back to breathing again, said yes to the onsite assignment – which put a girl from Thanjavur/ Madurai for a 6 month assignment in a Brussels, said yes to getting an apartment with her women friends, moved to Bombay, enjoyed life at a distance from the relatives, met the woman from Pakistan who had walked out of her toxic marriage, met the fifty year old woman from Cuba who was scuba diving in Thailand – and understood that women, despite their geographical tethering, their territorial constraints were all redefining their existential merit.

I don’t write this post suddenly – I write it as a prelude to my 40th birthday this week – is it really this week? What’s the date today? Well it’s sometime now, – and it made me think of this GREAT life that I have – sans hubby (I hate that word), sans kids, and sans a house with a home loan. I have waaaay less that I had, during my 30th birthday, and I just told three women this week – “why on earth do you want to get married? Please really sit down and think about whether you want to get married, because you really, really don’t have to.”

And this is what I am truly glad for, that women of today can tell the younger women or their separated/ divorced sisters – you DON’T NEED a man!

In fact, you should actively refuse this Patriarchal Construct.

And, no – those of you wanting to ask, nope – I don’t fear dying alone. Also, you’re also going to die alone. There is nothing called Co-Dying. If you’re lucky to grow old, you’ll only be worrying about how many times you have to get up to go pee, or can someone change your diaper already? And you’ll wish someone would just turn the subtitles on for that goddamn Italian movie.

Walker of the Old Town and Collector of Umbrellas. Is immensely proud of her Romanian filter with which she makes great south Indian filter coffee. read more... 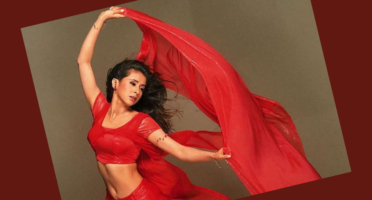