According To Kochi HC Disregarding Husband’s ‘Warning’ Is Cruelty – Is A Wife Property Of Husband?

What kind of deeply rooted patriarchy and insecurity make a husband feel his wife has "defied him" if she talks to other men "despite his warning her" not to?

The case was a divorce petition filed by the husband citing his wife as having an ongoing ‘illicit relationship’ with a co worker, and calling him often. When the woman’s call records were scrutinized, the High Court “found it odd that the calls were made frequently and at odd hours.”

The division bench of the High Court, evidently empathizing with the husband said in no uncertain terms – “making discreet calls to another man, disregarding the warning of the husband, amounts to matrimonial cruelty.”

So husbands can “give a warning” to wives? What is it – master & slave relationship?

Of all the ridiculously archaic words in the whole argument, what stood out for me was the disregard for the husband’s “warning”. This, if nothing else is telling that marriage is not an equal contract. That one person (the wife always) is supposed to be subservient to the other.

A warning is a threat of consequence given to one who is meant to obey authority. An organization warns the employee who comes in late everyday. We warn a child to not touch the hot cup of coffee. What place does threat or warning have in a marriage? As progressive as men think they are, and as women believe men to be, there is a unstated line that a woman must not cross in a marriage. Sometimes that line is visible and sometimes, not.

In this case, the wife was not “supposed to disregard her husband’s warning.”

Whether she was having an extra marital affair or not, is not the point. Did the husband try to explore the reasons for the wife to call another man frequently? Was there something the wife couldn’t bring herself to discuss with the husband? Was she anxious, unhappy, depressed? Shouldn’t the enquiry begin with these? Is the husband even concerned about the mental well being of the wife or is the diktat to only be obedient and subservient?

On a social media post on the topic, my friend Antara Dey says in disgust – “the court might as well go on record to say that the wife is the husband’s property!” If all that is needed is for the wife to just obey, why even pretend that marriage is a glorious coming together of 2 humans?

It is almost bitterly funny that the ruling decides the woman’s calls to another man, matrimonial cruelty. If only women were to decide what matrimonial cruelty was and in how many ways it plays out even in a functional, loving marriage.

I can think of 50 such matrimonial cruelties inflicted on women every day in marriages that are seemingly regular and ordinary. Abusive ones are a whole different matter.

How should it be in a true partnership?

But what if we substituted the word ‘warning’ for ‘feelings’ – disregard for the husband’s ‘feelings’ – the entire conversation would change. Then it is no more an ‘order to obey’, or submit to a rule made unilaterally in the marriage. It becomes about another human’s emotions. A person who is hurt by the partner shutting him out.

The dialogue could then change into an exploratory one – what does each partner want in a marriage? What makes one partner seek a 3rd person out to confide in or share? What emotions does the one who is rejected feel? What do we need to do, so both partners’ expectations can be met? How do we get to a place where we can start trusting our partner again?

Unfortunately for the misogynistic male who feeds on the power he enjoys exerting on his wife, this isn’t an ideal situation and the marriage he was seeking. Equality in a marriage means, the dominant partner gives up their power. Patriarchy has dug its ugly claws so deep into our social fibre that, marriage must only mean that one person should wield all the power and that should be the husband. At what cost do such marriages survive then?

Why are we as a collective, alright with the wife making all the adjustments, sacrifices, and paying the price to keep the peace of the marriage? Why are the powers that be, the ones that uphold the justice of this land – ok with using words like warning and matrimonial cruelty only when the woman has to pay and still vociferously defending the right of a man to rape his wife? We are one of only 36 countries in the world that hasn’t criminalized marital rape and yet we will declare that a woman must regard the warning of her husband, and if she doesn’t, it is matrimonial cruelty.

Image source: a still from the film Astitva 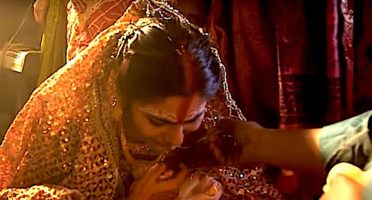 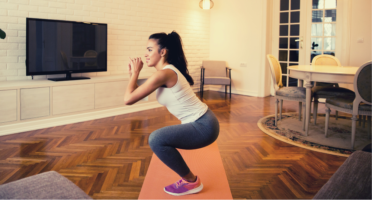 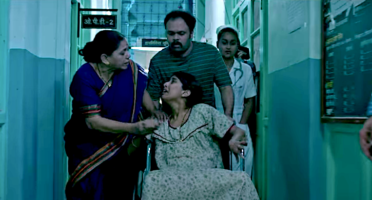 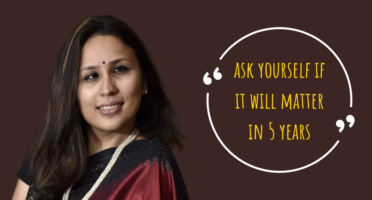 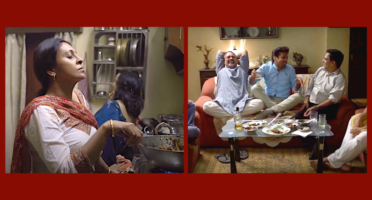