Our history often overlooks gallant women warriors like the courageous Rani Karnavati of Garhwal, who cut off the noses of invading Mughals!

Every time I see my younger siblings studying history, they are always cramming the names of some Rajas or reading about the bravery they manifested by driving away from the invaders from their kingdoms. So, one day out of curiosity, I asked them, “Do you know any female warrior who fought for her kingdom?” They very confidently answered, “It’s Rani Laxmi Bai”. When I asked for some more names, they were blank.

But can we blame these kids for not knowing about gallant women of history? Or is it the education system that is to blame? Probably the second one. Many female warriors are lost in the pages of history.

The presence of women warriors in Indian history is exemplary, many queens drove away from the invaders and saved their kingdoms. I recently discovered one such queen- Rani Karnavati, not of Chittorgarh, but of a lesser-known kingdom of Garhwal, which is in present-day Uttarakhand.

Garhwal was founded in 823 by Kanak Pal. The capital was shifted to Srinagar by Mahipat Shah, who ascended the throne in 1622. However, Mahipat Shah died young in 1631, leaving behind a very young successor, a seven-year-old Prithvipati Shah.

Rani Karnavati was the wife of Mahipat Shah. By deciding to bear all the responsibilities on her shoulders, she proved that even women can be protectors and administrators. She was known for her valour, courage, and her defence against the invaders.

Garhwal was a region rich in silver, copper, and gold mines. This drew the attention of Shah Jahan, who was determined to invade Garhwal after the refusal of Mahipat Shah to visit him. The early demise of Mahipat Shah strengthened the Mughal emperor’s will to attack the region.

Consequently, Shah Jahan sent a contingent of about 30,000 soldiers under General Najabat Khan. The prominent Italian traveller and writer Niccolo Manucci have given an account of the war between the Mughals and the queen. He narrates that the contingent was permitted inside the kingdom but the queen stopped them at what is today known as the Lakshman Jhoola. Since the Mughals weren’t well versed with the difficult terrains of the hills, they had no other alternative but to call out for peace, which the queen rejected.

The queen kept toying with the Mughals and finally agreed on releasing them on one condition.

She ordered the Mughal soldiers to chop off their noses or die. See the valour of this woman who asked all these men to chop their noses as repentance. The soldiers weren’t left with any other choice but to return home with chopped-off noses. The reason behind summoning the soldiers to chop their noses is inspired by the Ramayana where Lakshman chopped Surpnakha’s nose. When the contingent arrived with this countenance, the Mughal emperor sent another troop of soldiers, who met the same fate.

After this incident, she was given the title of Nak Kati Rani as she cut the noses of atrocious Mughals. She could have agreed to become the puppet ruler of the Mughals like many of her contemporaries. But she chose to fight back and combat the Mughals. And she was indeed successful in protecting her kingdom.

She was not just a warrior queen she was a visionary as well. She is lauded for building monuments at Nevada in Dehradun district and constructing the Rajpur Canal which is one of the earliest canals in Dehradun.

Rani Karnavati manifested her courage every single time. At a time when women were asked to do sati when their husband dies; when the women were perceived as vulnerable, this queen protected her kingdom from the Mughals. And still, we cannot find her mentioned in any of our textbooks.

This story of valour should be imparted to everyone, but unfortunately, our education system glorifies only male rulers!

Can you guess the reason behind this negligible presence of warrior women in history? Well, of course, it is patriarchy that has always portrayed women as submissive, vulnerable and weak. But Rani Karnavati has defied all these ridiculous perceptions about women. Women can be brave, strong, and able to protect themselves, and even their people. The queens were not less competent, they could rule the kingdom just the way the kings did.

Getting acquainted with such brave personalities inspire women like us to become the best versions of ourselves. This makes us believe that we are not less than anyone, we can be brave, we can fight, we can administer, we can handle everything single-handedly, we can fly higher! 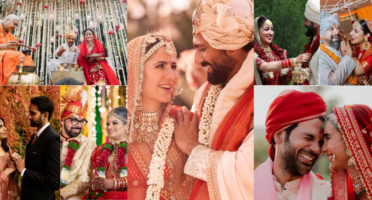 7 Celebrity Weddings That Broke Stereotypes In 2021! From Regulating Blood Clotting To Reducing Menstrual Pain...Here Are 7 Benefits Of Vitamin K! 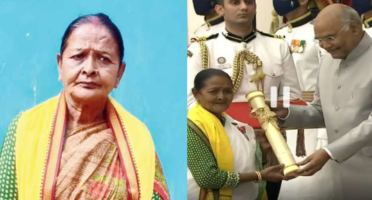 Chutni Mahato Was Labelled A 'Dayan' & Now She's A Padma Shri Awardee...This Is How She Smashed Superstition & Patriarchy!