We Women Set Timers For Ourselves…Life Feels Like A ‘Ticking Bomb’!

For most women, marriage snatches the privilege of taking things slow and just living. We are supposed to gather every achievement before time runs out as society does not give us second chances. 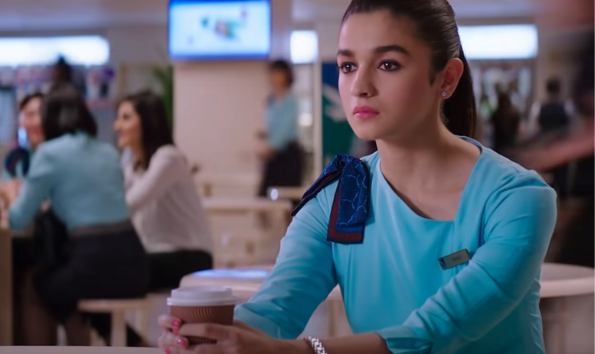 As I stumbled upon this question in a book I was reading, my mind wandered to a lot of places. I tried thinking of missed opportunities, long lost friends, lovers, even blood relatives but what I came up with was time itself. If I could go back in time, I would tell women not to worry about the time they are gonna lose in the coming months…. its okay to take a pause as no one can steal your future from you!

Although this pandemic has made us lose irreplaceable things, what I regret losing the most is ‘time’

For an introvert like me, whose only connection to the outside world had been her university, the pandemic did more than just confine me to the four walls of my house, it trapped me into the person I was.

If I had the opportunity to turn back time and go to a place, I would go back no further than two years aka the few months I had spent in the outside world as an adult hungry for knowledge and success, a freshman at university with big dreams up her sleeves. Back there I would cherish everything I was learning and speed the process of growth so that I can make up for the things I would lose in the coming time.

As women, we are always running a race we do not know the starting and ending point of, a race in which we don’t know where or when we would end up losing our lives, at least the one we can really call our own.

What’s In A Relationship If We Don’t Share Our Ups And Downs?

Before joining University, I had always thought that the dread I felt for my future in regards to what was to come to me in the forms of love, marriage and life was only limited to me. Until one day in a seminar about women, all these young and talented individuals, who looked like people to whom such thoughts would never ever occur, felt the same.

That life feels like a ticking bomb which through some glitch never shows them how much time they have left before marriage and as society likes to put it “fate” changes their life for the better or worse. So all of us, we set timers for ourselves, two years, five years, six years, tomorrow, today, counting days like prisoners stuck in a room with no windows, who when asked for their individual crimes, have nothing to offer but their being themselves.

On that day, I was glad about the conversation we were able to have, to talk about something so private had felt like a huge burden off my shoulders. But then a young friend I cherish, not yet 16, in a late-night conversation admitted feeling the same way. This took me by surprise and left me feeling ashamed not of myself but of the place we live in, of our society and the things it forces women to be. Insecure, vulnerable and afraid of everything around them and themselves.

Since that day I seldom find myself wondering if it is women who impose such thoughts on themselves or is it fed to them by someone around. Patriarchy, dysfunctional marriages, lack of love in relationships, abuse from partners and their families are just some terms that surface to my mind on the thought of marriage.

In my understanding, this threat of the “time bomb” is the effect of generational trauma…

Almost every woman I know has seen more abusive relationships in her life compared to happy ones, be it the recent generation or old, in love marriages or arranged, in traditional households or modern, abusive behaviour towards women is one thing that all parts of our society shake their hands on. Hence, in my understanding, this threat of the “time bomb” is rather the effects of generational trauma, years and years of hearing stories and seeing women being abused after marriage, their lives that they’ve dreamed to build, worked to build, snatched away from them. Disappearing in front of their eyes like a beam of light for a cat, something that had been an illusion, to begin with, something she could never get hold of.

Both in fiction and in reality, society has presented marriage as a source of loneliness, confined lives, and broken dreams. Hence, we women are always running to catch a train which we do not know anything about: not the name, neither the time nor the station it would arrive at, the marriage bomb ticking on us, threatening our dreams, our lives and our time.

As it seems that for women, the idea of marriage itself takes away from us the privilege of taking things slow, of resting, of not running, of walking, of just living. We are supposed to gather every achievement we can before time runs out on us because our society does not give us second chances. And in both fiction and reality, no one moves to change this.

Dear women, do not feel bad about the time you would be losing. No one will steal your future from you!

If someone asked me today what I would do if I could turn back time, I would still answer the same way but this time I would not go back because I regret losing the time I have lost. But rather I would go back to sit in that very room, with those women and tell them that although I cannot make their fear go away, make their feelings fade or change the society.

What I can do is tell them that in the coming months when the world changes and we’re all overtaken by something we cannot fight, Do not feel bad about the time you would be losing. No one will steal your future from you. It is okay to stop when the whole world has. You don’t have to always run. It is okay to pause and breathe. This world has nothing on you. Your dreams are yours to live.

Aysha Kulsum is a student of literature, an avid reader and thinker. Her main interests are in translation literature, Asian literature and poetry. read more...

I tried calling you the other day but somehow your number was incessantly unreachable.

If you ever come to the East, you will know how much the Goddess’s coming means to us. The air around us changes. Each time, I stand under her towering idol; I know this woman will never abandon me. She will show up each time, I call for her. This is my faith. I am a daughter of East. And we call the Goddess “Maa.” In my heart, I am Durga’s daughter. Born of her spear. Born of her sweat. Born of her word. The word that said, “Be,” and it was. I am. We are.