‘Some Were Crying In Pain, Many Were Chanting Prayers. Then Came A Piercing Cry For Help!’

Today, countless people turned barbaric. Rivers flowed red. Agonizing wails rang in the air. And despite everything, I survived!

I witnessed a historic moment today—the birth of two nations; rather, the unfortunate partition of a great one. But this story is not about the nations. It is not about the people or the bloodshed. It is about ‘me’—the thread uniting disparate people.

Every day, with the setting sun, Chamberlain Lane in Lahore would come to life. The aroma of fried pakoras and samosas from Khyali Ram’s shop would bring serpentine queues. Aslam’s Halwa shop, Sardar’s Lassi, and Melvin’s Bakery would complete the gastronomic experience.

Sitting on rickety wooden benches, the men-folk would gossip, crack jokes, and laugh wholeheartedly while enjoying the scrumptious snacks and masala chai. Children would run around, bringing hot samosas or jalebis to their mothers waiting at home.

Today, an eerie silence had swallowed the bonhomie.

The dreadful stench of fear, uncertainty, and gloom had replaced the aroma.

The lane was bereft of any activity. The shutters of Khyali Ram’s shop were drawn shut, and so were the curtains in the house above. However, next door, the Moosa household was witnessing a torrent of action. Moosa was fervently occupied. His eyes blazing with fury. His limbs craving for action. In no time, he acquired a few rods and sticks. 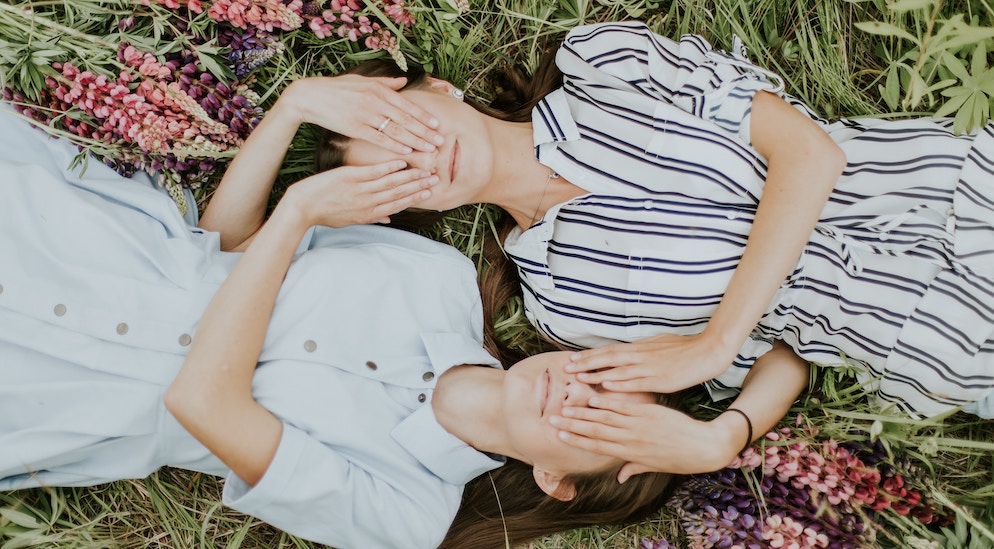 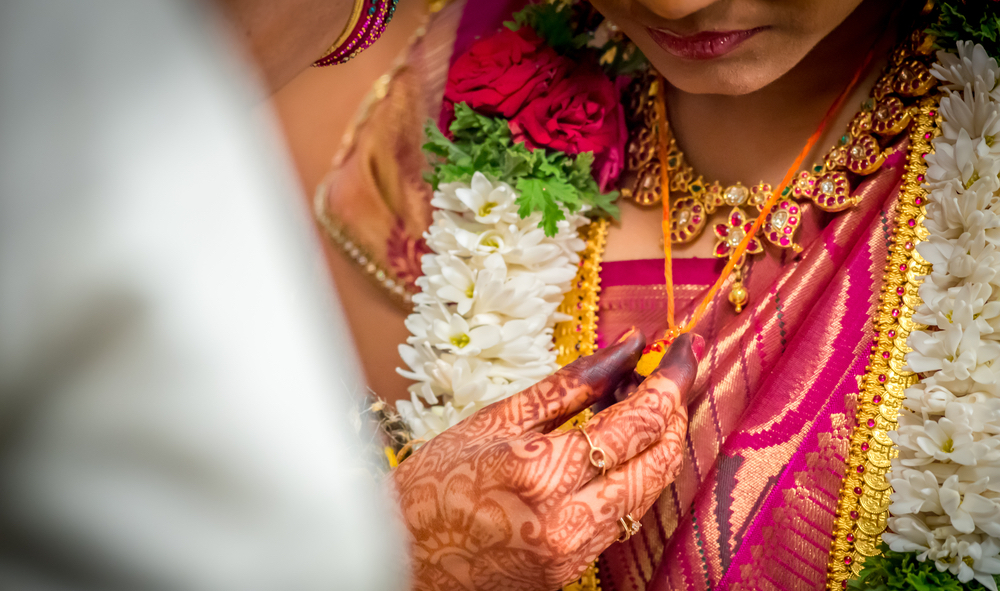 With All The Messy, Toxic Marriages She Saw Around, She Was Petrified Of Getting Married…

“Abbu (Dad), where is Pari?” little Nadia’s voice cut through the tension. Hidden behind the heavy curtains, she eyed the neighbour’s home.

Pari, Khyali Ram’s daughter, and Nadia, his only daughter, were inseparable.

“Move away from the window.” His terse reply brought tears to Nadia’s eyes, but incessant knocks on the door dampened her protests.

“Baba (Dad) sent these samosas. We’re leaving tonight. I just came to…” Pari’s eyes welled up. He consoled the child, ignoring the tears flowing down his cheeks. “Arey, you’ll be back soon. Don’t cry —” His wife’s mournful wail swallowed his next words. Moosa trembled like a leaf as a cacophony of horrid screams, joyous cheers, and sharp threats engulfed them.

He raced out to protect his dear friend and his family. Alas, he was no match against the cluster of bearded men who had emerged from the darkness. Brandishing swords and daggers, they went on a marauding spree, killing and butchering innocent men, women, and children.

The leader bellowed, “Kill them all.”

“Check the neighbour’s house if they are hiding anybody,” someone yelled.

Moosa’s knees gave way, and he crashed down. “I’m sorry, Khyali. I’ve failed you,” he bawled as the angry mob targeted his house next.

He remained slumped for what felt like ages, waiting for painful screams. But he heard nothing…

And then a man shouted, “No Hindu in here.”

Blinking in disbelief, Moosa dragged his bleeding frame over piles of ash and rubble. His heart skipped a beat at the scene inside – his wife, Pari, and Nadia sat huddled in a corner.

“I’m a mother first,” she whispered, rocking the terror-stricken girls.

I witnessed a child losing everything to fanatics, yet finding solace in the warm embrace of a few who could see beyond religion.

Meanwhile, thousands of kilometres away, a steam engine had left East Pakistan, and was now huffing and puffing towards Sealdah Railway Station. The usual smooth ride was now onerous due to the burdens it was lugging—scared minds, broken bodies, crushed dreams. A single line had forced them to abandon their ancestral homes.

The carriages were overflowing with harrowed men, women, and children who had defied death but were yet to let go of the fear. They had run away from disaster and were now holding on to fragile rays of hope.

The rickety train buzzed with whispers laced with gruesome details.

“In Faridpur, infants are being roasted.”

The conversations continued to build up steam as the journey progressed. But Paromita remained silent. Her thoughts were far away. An angry mob had attacked their village. The skies bled red as people, huts, and fields burned. Tying their new born child in a cloth bundle, the husband and wife had run for their life. Unfortunately, their journey ended abruptly as the rabid rioters attacked him with a sickle, and killed their child too.

In a single moment, she lost everything but couldn’t even shed tears. A tsunami of strangers hurled her into the train heading for India, a foreign land. The station was teeming with hundreds and hundreds of people. Yet Paromita had never felt this alone. With vacant eyes, she watched the battered, bruised beings escaping from either side, hoping to find succour and respite in a foreign land.

The cacophony all around was deafening. A few were calling out to their loved ones, while some were crying in pain, and many were chanting loud prayers. But above the din came a piercing cry for help. An unseen force pulled her towards the sound. Soon she was away from the caterwauling. With guarded steps, she veered towards the sound.

Behind a pillar, she found a couple slumped against the wall. The deep gash on the man’s neck reminded her of her husband’s last moments. A new born was unsuccessfully trying to suckle at the mother’s lifeless bosom. Her tattered burka was proof of the atrocity she had faced. The scratches on the limp frame were mirroring Paromita.

The heaviness in her chest was back again. She held the orphaned infant to her bosom. The heaviness melted and trickled down as he suckled hungrily. Paromita clasped the tiny fingers, and let the bottled-up emotions flow freely.

Today, countless people turned barbaric. Rivers flowed red. Agonizing wails rang in the air. And despite everything, I survived.

I am Humanity-the thread tying humans together beyond all boundaries. And I hope to never die.

Image source: A still from the film Bombay 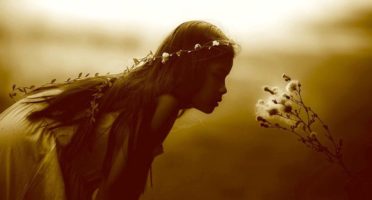 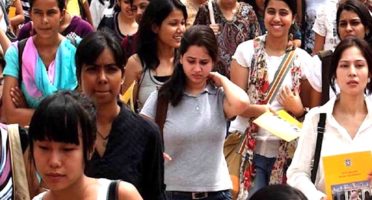 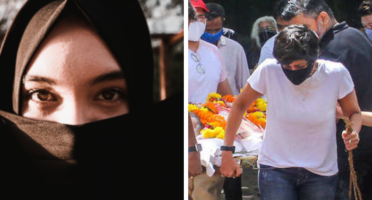 Mandira's Choice Was Trolled, But Women Like Me Don't Even Have A Voice When We Lose Someone...

“How Would I Have Reacted If A Friend Or Relative Had Asked Me The Same?” 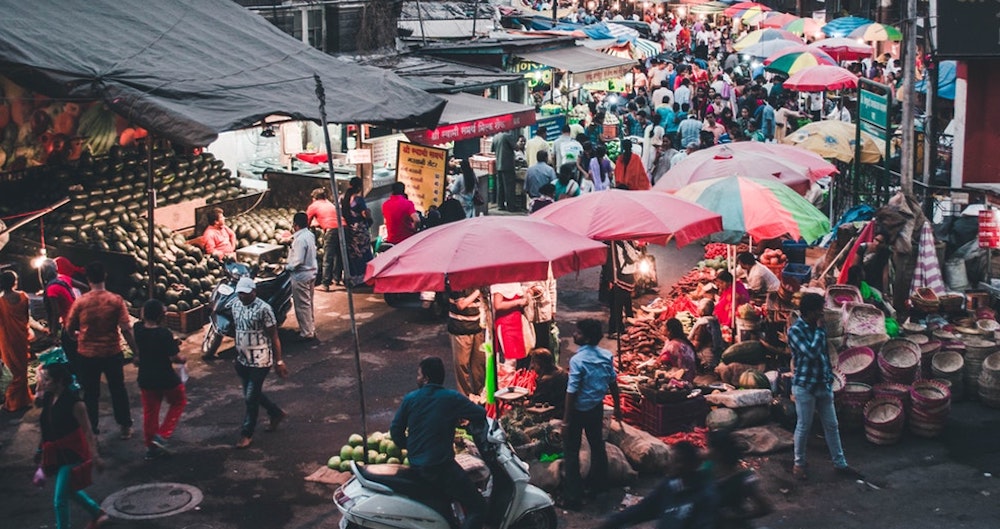 “In the house of a good human being, four things are never absent: a proper seat, a place to sit, water to drink, and courteous speech. A bed for the ill; a seat for the tired; water for the thirsty; and food for the hungry.” — MAHABHARATA

That Day Gave Me Some Haunting Memories Of Street Harassment, AND Two Friends

We all are symbols of girl power, says Anupama Dalmia, a power that is often either overestimated or underestimated by our society and is rarely understood in its true essence.

We all are symbols of girl power, says Anupama Dalmia, a power that is often either overestimated or underestimated by our society and is rarely understood in its true essence.

To flag off this series today, Anupama Dalmia writes about a situation most of us are familiar with – street harassment, which is euphemistically called ‘eve teasing’ by many who should know better.