And Miles To Go Before I Sleep…

"For the very first time, I traveled by train when I was 10. It was a dream come true."

“For the very first time, I traveled by train when I was 10. It was a dream come true.”

Elephants, seas, and trains have never failed to fascinate me. My love for travel is the outcome of my love for trains. I prefer train travel over any other mode of transportation. At least once a week, my grandpa used to take me to the nearest railway station when I was a kid. I had not traveled in the train till that moment yet I enjoyed every bit of sitting on the bench, walking and running over the platform looking on either side for a train’s arrival, counting the number of compartments, waving hands at strangers, the whistle sound, the black smoke.

For the very first time, I traveled by train when I was 10. It was a dream come true. I was discussing my journey with almost everybody in my colony. I could not sleep the previous night due to the sheer excitement. I made myself comfortable on the window seat and the platform, people, the bench everything appeared to be different while looking from inside. With the guard’s signal, I began to develop emotional connections with the trains. It was eye-catching to watch the majestic mountains that appeared one after the other. The blue sky, grazing cattle, the cultivated green lands, coconut trees added beauty to the view. Suddenly, from nowhere a train crossed my train in the opposite direction, and involuntarily I closed my eyes and shut my ears with all my strength.

My long hair started to dance to the rhythm of the blowing wind as I stood near the door. The wind sprinkled a few raindrops on my face and it was just poetic. To me, train and rain is a dangerously cute romantic combination; it started to rain heavily while the train was approaching a 2 km tunnel and I stood astonished trying to figure something in that perfect darkness.

As I grew up, my train travels increased and I enjoyed traveling alone as it gave me different experiences and emotions. I used to converse with fellow passengers and had a great interest to know about them. I would love to watch the small vendors, the people who begged, the passengers who fought over petty things, kids who enjoyed being on the train just as I did years before.

New stations emerged in the travel routes just as new relations emerged in my life. The moving train at times comes to a halt just because of some work being carried out in the upcoming stations. My dreams, aspirations came to a halt as I tried accommodating the needs of the new relations. Never-ending sacrifices, disappointments, failures, abuses, arguments, and depression became my routine. At one point I decided to walk out of the relationship. This time, I didn’t talk with anybody about my journey. I was neither prepared. I could not sleep for nights due to the uncertainties I was going through. My mind was filled with more questions than thoughts. Reaching the junction seemed to be a herculean task. As I moved from one coach to the other, the train appeared to be much longer than ever before.

The wind which once played with my hair tore it apart. It didn’t sprinkle rain drops alternatively blew hot air on my face. In the darkness of the long tunnel, I lost myself trying to figure out what went wrong. The majestic mountains instead of rising one after the other started to crumble one after the other. The blue sky covered herself with black smoke. The fresh green lands started to bleed. The train crossing in the opposite direction implied that my life and dreams have fallen apart. I was traveling alone yet I didn’t talk with anyone instead wished to cry loudly. Mere seeing kids on the train made me think why I don’t have one. Every single minute of the journey, I was shattering into numerous invisible pieces.

As I reached the junction, my legs went in search of the bench. The sky was engulfed in darkness so was my life. I was mentally exhausted, found it hard to breathe. The whole world appeared motionless. I don’t know for how long I was crying uncontrollably but all I could say is, that was my longest cry ever. I was very well able to understand that I’m not responsible for what happened to me but couldn’t realize a thing. I was completely hopeless. An announcement was made on the arrival of a super-fast express. All of a sudden, from nowhere a scene from the movie Shawshank redemption, flashed on my mind. I took my lipstick & wrote Yamini was here.

When several travelers were preparing themselves to onboard the train, I was preparing myself for the longest journey. I was getting drenched in sweat, some faces came in front of my eyes and I was simultaneously feeling both grateful and apologetic for them. I could sense the laughter of few people who were desperate to see my defeat. Though I was merely starring the railway tracks, my whole body was trembling and I was clearly able to hear my heartbeat.  Any stranger who had seen me at that moment would have thought about it at least for a couple of days.

But I decided to live. To live a queen’s life without begging for love, sex, or a child. Days turned into months. While I started excelling in the art of hiding pain in a smile, I was easily judged that I am prepared for another relationship and I didn’t take any efforts to make them understand that all I wanted was to live every moment of my life without any regrets or expectations. Numerous situations made me visit the junction and sit on the bench. I can’t say I felt strong/energized on every such visit but I slowly started feeling a sense of calmness and peace that didn’t exist earlier.

After a few years, I ran all along with the platform. Surprisingly, the train appeared to have shrunk in size. The clouds got tanned and were about to cry. Though I enjoyed the smell of rain, I didn’t allow the wind to play with my beautiful curly hair. I observed the majesty of the rising mountains but could not resist appreciating the calmness of the plateaus instead. Whenever my eyes came in contact with fellow passengers it smiled brightly. As darkness kissed the day, I longed to grab the moonlight. I was neither bothered about the trains that moved opposite nor along my train. Whether inside or outside the train, everybody has got their own journey of life.

While I stepped out of the train like any normal passenger, I peeped into my compartment. The rising sun was magnificently spreading her rays on my berth. This time my lipstick had written “And miles to go before I sleep”

Photo by KS KYUNG on Unsplash

Find the beauty in the broken pieces of yourself and there, you shall discover a masterpiece read more... 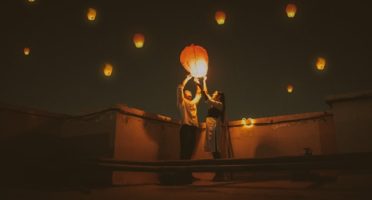 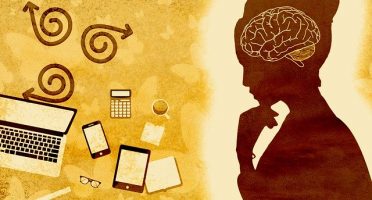 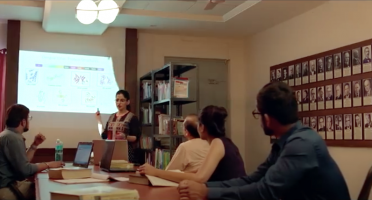 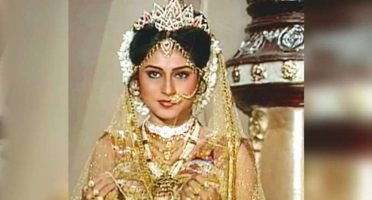 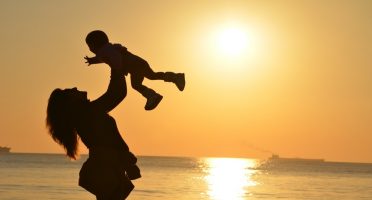 Lock-down And Its Impact On Population